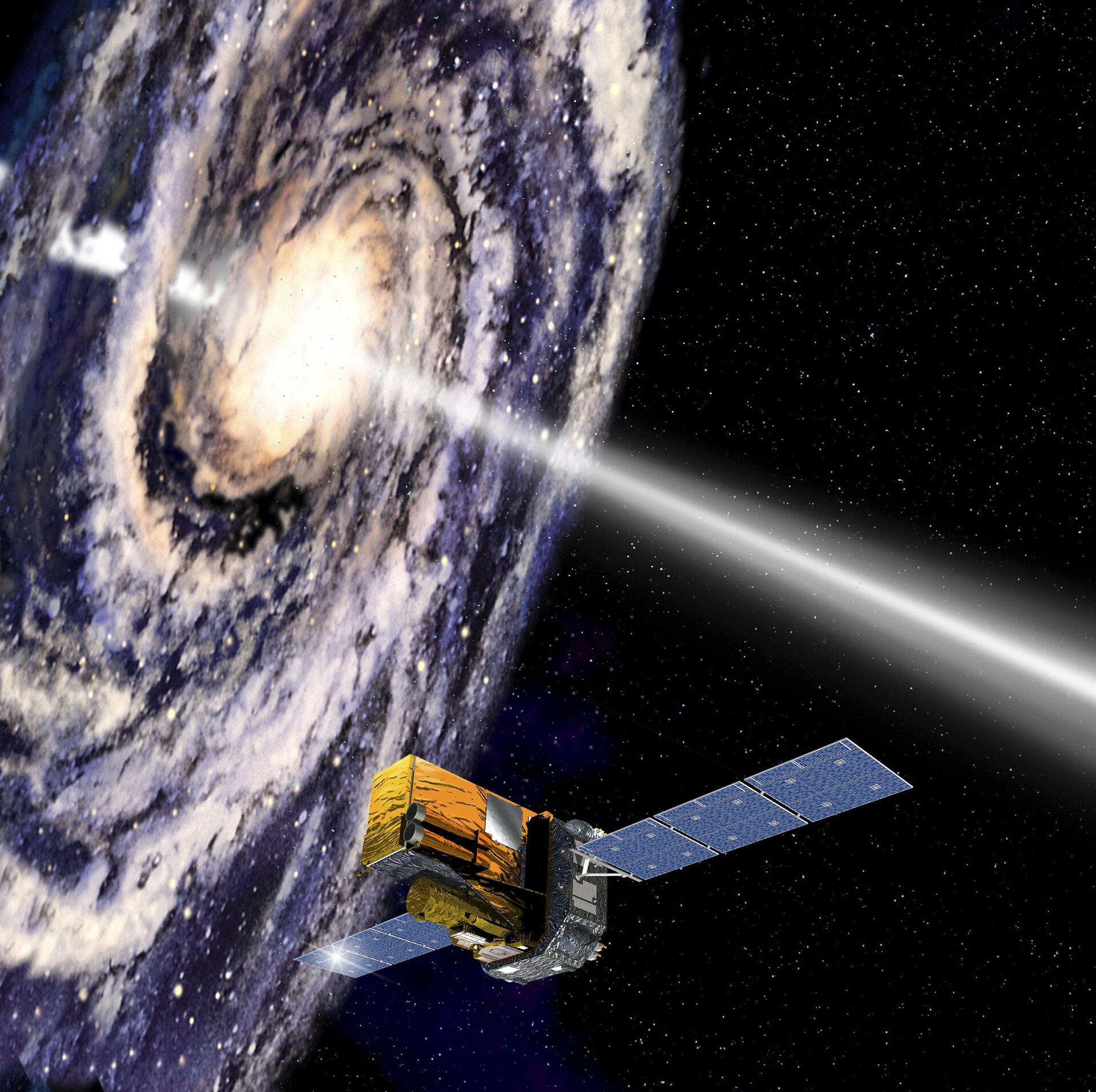 ESA PR 20-2002. While ESA's Integral spacecraft prepares for launch in October 2002, the Integral Science Data Centre at Versoix (Switzerland) is getting ready for operations. On 11 April 2002, the doors of the centre - which will prepare and distribute the Integral data to the worldwide astronomical community - will be open to the European scientific community and to the press.

The task of Integral, the most sensitive gamma-ray observatory ever launched, will be to gather some of the most energetic radiation that comes from space.

It will pinpoint and study gamma-ray sources in unprecedented detail and will help to solve some of the biggest mysteries in astronomy: Integral will investigate the origin of enigmatic gamma-ray bursts, brief but extremely powerful releases of energy, and will bring much new information on stellar explosions and black holes.

Not only does Integral tell us about places where we could not live, it also tell us about the processes that made the Universe habitable, such as the formation of chemical elements.

The Integral Science Data Centre (ISDC), located near Geneva, represents the key element in the exploitation and analysis of the data that will come from Integral during the two years planned for in-orbit operations. In the centre, the data will be analysed, formatted and made accessible to the worldwide astronomical community.

Such fundamental work on Integral data guarantees that data can be exploited by a wide community of astronomers, including those who are not familiar with the instrumentation used for gamma-ray observations.

The ISDC is supported and funded by a dozen institutes in Europe and the United States (the ISDC consortium). The press conference on 11 April marks the end of the centre's development phase and the start of its operational phase.

The presence of the ISDC in Switzerland represents a particular opportunity for Swiss scientists, who will participate in a special way to the development of high-energy particle astrophysics, as a result of having privileged access to INTEGRAL data.

Integral, ESA's International Gamma-Ray Astrophysics Laboratory, will be launched in October 2002 on a Proton rocket from Baikonour, Kazakhstan.

The spacecraft is currently subject to final testing at ESA's European Space Research & Technology Centre (ESTEC) in Noordwijk, the Netherlands, while the ground segment facilities - from which Integral operations will be controlled - are preparing for final review in June.

The spacecraft will be shipped to the launch site in August 2002.

Media wishing to attend the press conference are requested to complete the reply form and return it via fax to:

The press conference will be held partly in French, partly in English.

by Prof. Thierry Courvoisier, Geneva Observatory, Principal Investigator of the ISDC (in French)

10:35 - Integral in the context of the ESA Scientific Programme, by Prof. David Southwood, ESA Director of Science (in English with support material in French)

by Prof. Thierry Courvoiser, Geneva Observatory, Principal Investigator of the ISDC (in French)