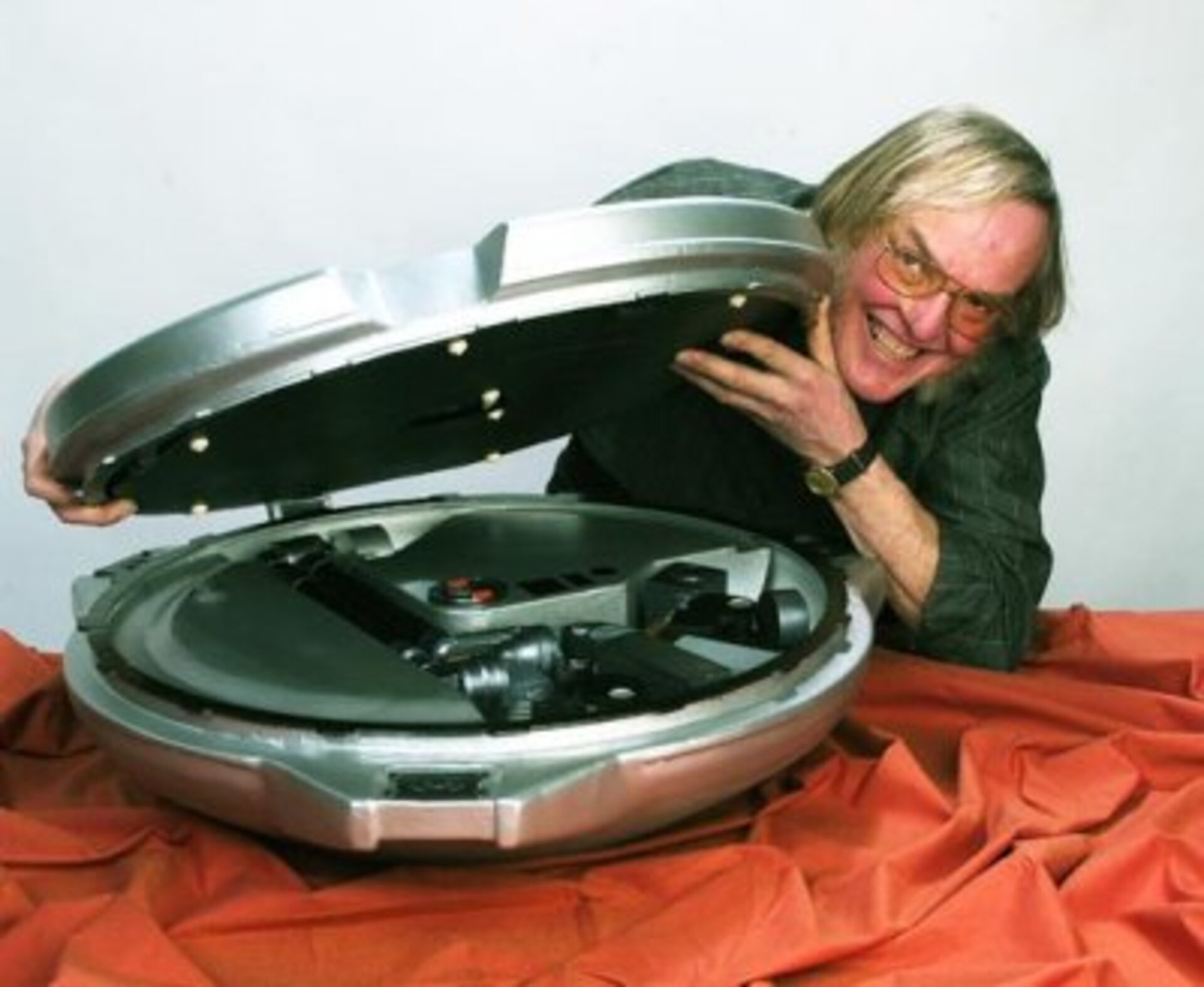 When folded up, the Beagle 2 lander resembles a very large pocket watch. This is the state in which it passed the long journey to Mars.

As soon as it came to a halt on the Martian surface, however, Beagle 2's outer casing was due to open to reveal the inner workings.

However, Beagle 2 failed to communicate after it was due to land on Mars on Christmas Day 2003, and was declared lost on 6 February 2004. What follows is a description of intended events, had the lander been able to carry out its mission.

First, solar panels would unfold: they catch sunlight to charge the batteries which would power the lander and its experiments throughout the mission. Next, a robotic arm would spring to life.

Attached to the end of the arm was the Beagle's Payload Adjustable Workbench (PAW) where most of the experiments were situated. These included a pair of stereo cameras, a microscope, two types of spectrometer (Mössbauer and X-ray) and a torch to illuminate surfaces. The PAW also housed the corer/grinder and 'the mole', two instruments for collecting rock and soil samples for analysis.

The robotic arm would have stretched and rotated to give the two stereo cameras a good panoramic view of the landing site. After taking some shots, the cameras would take close up images of nearby soil and rocks as potential candidates for further analysis.

When a suitable rock was chosen, the PAW would rotate until the grinder was in position to grind away the weathered surface. The PAW could then reposition for the microscope or spectrometers to analyse the freshly exposed material.

When a rock looked particularly interesting, a sample would have been drilled out with the corer and taken to the gas analysis package (GAP) inside the shell of the lander by means of the robotic arm. 'The mole', carried on the back of the PAW, would also collect soil samples and return them to the GAP.

Gas analysis package
This is where investigations most relevant to detecting past or present life would have been conducted. The instrument has twelve ovens in which rock or soil samples can be heated gradually in the presence of oxygen. The carbon dioxide generated at each temperature would be delivered to a mass spectrometer which would measure its abundance and the ratio of carbon-12 to carbon-13.

The mass spectrometer would have also studied other elements and look for methane in samples of atmosphere. The temperature at which the carbon dioxide is generated would reveal its nature, as different carbon bearing materials combust at different temperatures.

Environmental sensors
A variety of tiny sensors scattered about the Beagle 2 lander would measure different aspects of the Martian environment including: atmospheric pressure, air temperature and wind speed and direction; ultraviolet radiation; dust fall-out and the density and pressure of the upper atmosphere during Beagle 2's descent.

Two stereo cameras
These cameras would provide digital pictures from which a 3D model of the area within reach of the robotic arm may be constructed. As the PAW cannot be operated in real time from Earth, this 3D model would be used to guide the instruments into position alongside target rocks and soil and to provide information on the geological setting of the landing site.

Microscope
The microscope would pick out features a few thousandths of a millimetre across on rock surfaces exposed by the grinder. It will reveal the texture of the rock, which will help determine whether it is of sedimentary or volcanic origin.

The Mössbauer Spectrometer
This would investigate the mineral composition of rocks by irradiating exposed rock surfaces and soil with g-rays emitted by a isotopic source (cobalt-57), and then measuring the spectrum of the g-rays reflected back. In particular, the nature of iron minerals in the pristine interior and weathered surface of rocks would have been compared to determine the oxidising nature of the present atmosphere.

X-ray spectrometer
This would measure the elements in rocks by bombarding exposed rock surfaces with X-rays from four radioactive sources (two iron-55 and two cadmium-109). The rocks would emit lower energy X-rays, characteristic of the elements present. Rock ages could be estimated using the property that the isotope potassium-40 decays to argon-40. The X-ray spectrometer would provide the potassium measurement and the GAP would measure argon trapped in rocks.

Mole
This instrument would be able to crawl up to several metres across the surface at the rate of 1 centimetre every six seconds. Once it has reached a boulder, it would burrow underground to collect samples in a cavity in its tip. Alternatively, the PAW could have been positioned so that 'the mole' can burrow vertically underground to collect samples possibly one metre below the surface.

Corer/grinder
This is a drill bit that could either be moved over a surface to remove weathered material or be positioned in one spot to drill a core of a hopefully pristine sample.