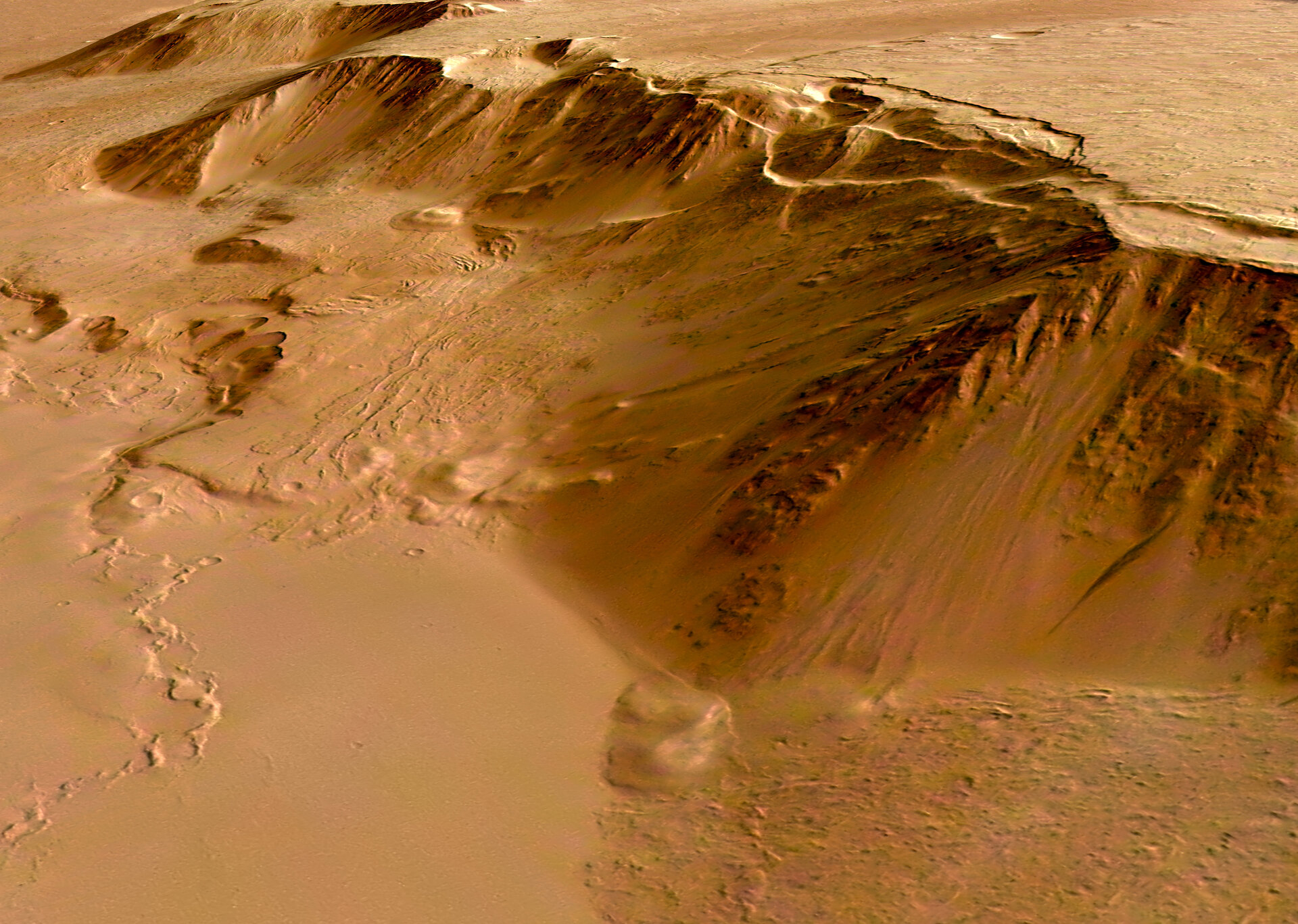 These images, taken by the High Resolution Stereo Camera (HRSC) on board ESA’s Mars Express spacecraft, show the eastern scarp of the Olympus Mons volcano on Mars.

The HRSC obtained these images during orbit 1089 with a ground resolution of approximately 11 metres per pixel. The image is centred at 17.5° North and 230.5° East. The scarp is up to six kilometres high in places.

The surface of the summit plateau’s eastern flank shows lava flows that have are several kilometres long and a few hundred metres wide.

Age determinations show that they are up to 200 million years old, in some places even older, indicating episodic geological activity.

The lowland plains, seen here in the eastern part of the image (bottom), typically have a smooth surface.

Several channel-like features are visible which form a broad network composed of intersecting and ‘anastomosing’* channels that are several kilometres long and up to 40 metres deep. (*Anastomising means branching extensively and crossing over one another, like veins on the back of your hand.)

Age determinations show that the network-bearing area was geologically active as recent as 30 million years ago.

The perspective views have been calculated from the digital terrain model derived from the stereo channels.