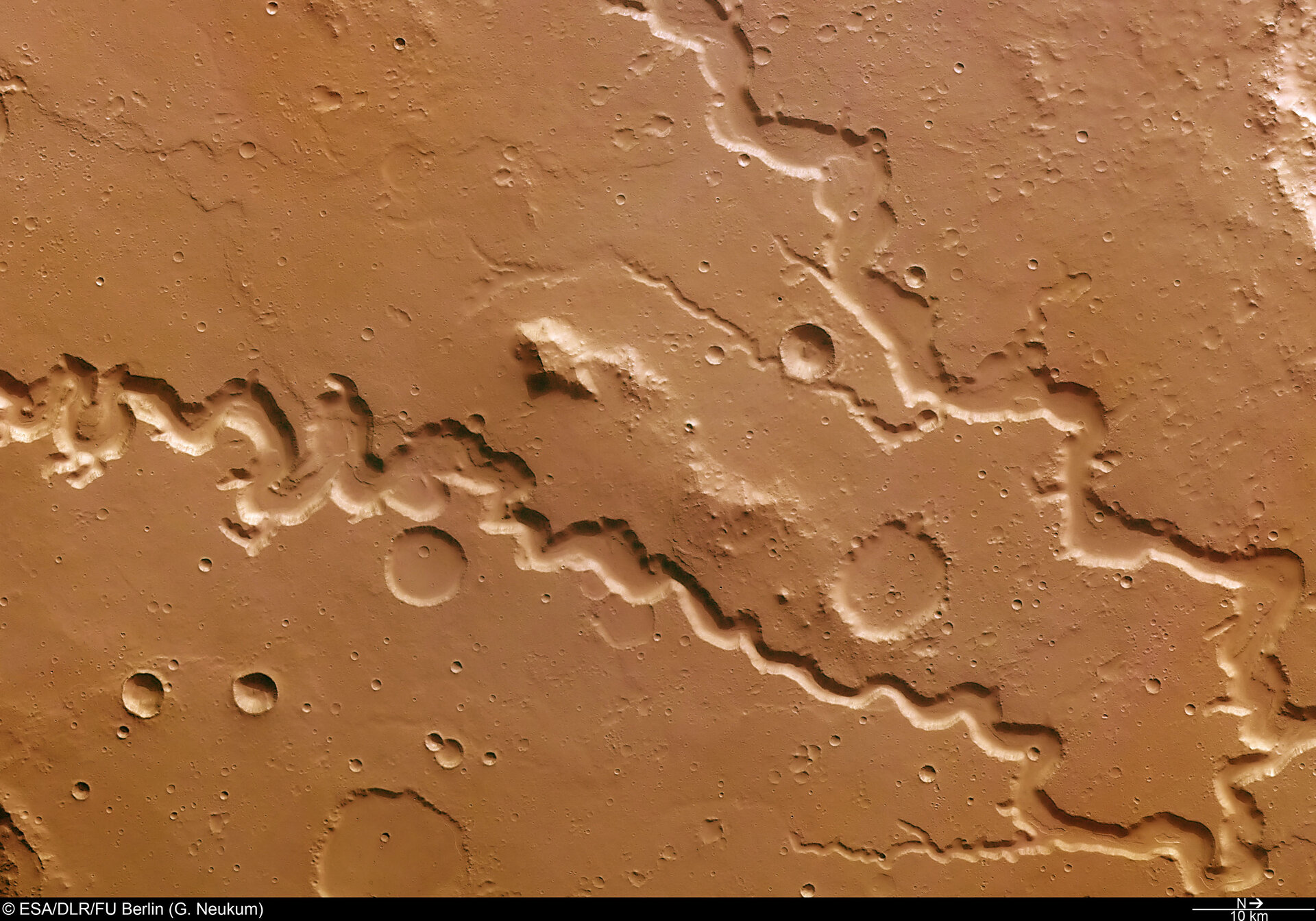 These images, taken by the High Resolution Stereo Camera (HRSC) on board ESA's Mars Express spacecraft, show the Nanedi Valles valley system, a steep-sided feature that may have been formed in part by free-flowing water.

The HRSC obtained these images on 3 October 2004 during orbit 905 at a ground resolution of approximately 18 metres per pixel. The images have been rotated 90 degrees clockwise, so that north is to the right.

They show the region of Nanedi Valles, a roughly 800-kilometre valley extending southwest-northeast and lying at approximately 6.0° North and 312° East in the region of Xanthe Terra, southwest of Chryse Planitia.

In the colour image, Nanedi Valles ranges from approximately 0.8- to 5.0-kilometre wide and extends to a maximum of about 500 metres below the surrounding plains. This valley is relatively flat-floored and steep-sloped, and exhibits meanders and a merging of two branches in the north.

The origin of these striking features remains heavily debated.

Some researchers point to sapping (erosion caused by ground-water outflow), while others suggest that flow of liquid beneath an ice cover or collapse of the surface in association with liquid flow is responsible for the valley's formation.

While the debate continues, it seems likely that some sort of continuous flow rather than a single flooding event created these features.

By studying Nanedi Valles, scientists hope to better understand the climatic evolution of the Red Planet. The stereo and colour capabilities of the HRSC camera enable scientists to study the planet's morphology, while researchers can analyse reflected light at different wavelengths to better recognise the various geologic units within a scene.

The colour images have been derived from the three HRSC colour channels and the nadir channel. The anaglyph image was calculated from the nadir and one stereo channel. For use on the Internet, image resolution has been decreased.