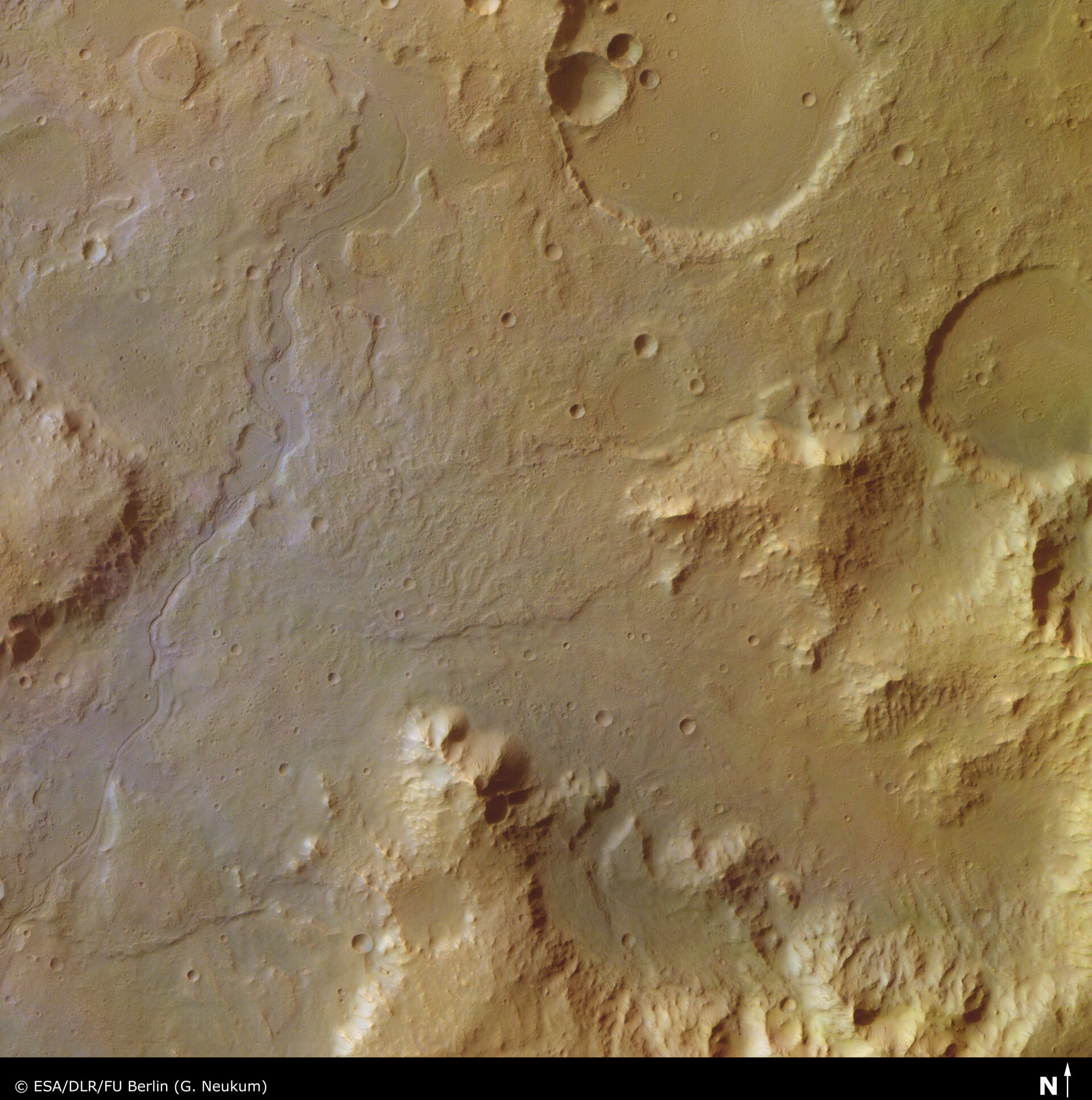 These images, taken by the High Resolution Stereo Camera (HRSC) on board ESA’s Mars Express spacecraft, show the region of Libya Montes, south of the Isidis Planitia impact basin on Mars.

The HRSC obtained these images during orbit 922 with a ground resolution of approximately 14.3 metres per pixel at equatorial latitudes near longitude 81° East.

The images show the central reaches of a 400-kilometre long valley that was carved into the surface in early Martian history, approximately 350 million years ago.

The central parts of the broad valley show traces of an interior valley, documenting the flow of water that once occurred on the surface of the planet during periods of wetter climate.

Determinations of discharge volumes on the basis of high-resolution HRSC-derived digital terrain models reveal discharge rates comparable to those of the middle reaches of the USA's Mississippi river.

Baesd on crater-size frequency distributions on the valley floor and surrounding terrain it has been shown that the formation time of the valley is about 350 million years.

Measurements of erosion rates suggest that the active phases of valley development are characterised by short periods of intense fluvial activity rather than sustained liquid flow.

Details on valley formation have been published by R. Jaumann (DLR) and colleagues, as an article ‘Constraints on fluvial erosion by measurements of the Mars Express High Resolution Stereo Camera’ in Geophysical Research Letters, 32, L16203, doi:10.1029/2005GL023415).

The 3D anaglyph image was calculated from the nadir and one stereo channel. The black and white high-resolution images were derived from the nadir channel that provides the highest detail of all the channels. Image resolution has been decreased for use on the internet.