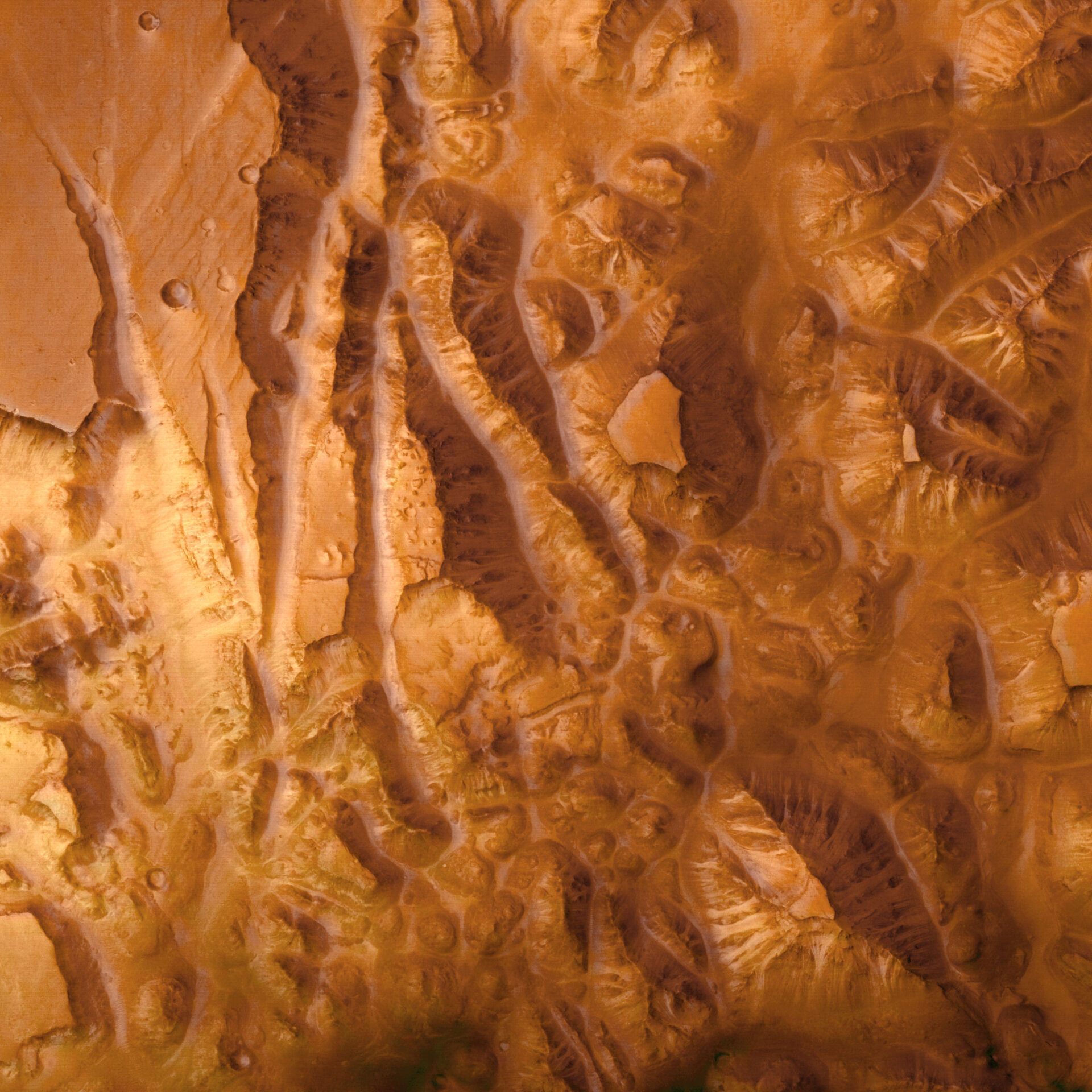 Although the seven scientific instruments on board Mars Express are still undergoing a thorough calibration phase, they have already started collecting amazing results. The first high-resolution images and spectra of Mars have already been acquired.

This first spectacular stereoscopic colour picture was taken on 14 January 2004 by ESA’s Mars Express satellite from 275 kilometres above the surface of Mars by the High Resolution Stereo Camera (HRSC). This image is available on the ESA Portal at: http://mars.esa.int

The picture shows a portion of a 1700 km long and 65 km wide swath which was taken in south-north direction across the Grand Canyon of Mars (Valles Marineris). It is the first image of this size that shows the surface of Mars in high resolution (12 metres per pixel), in colour, and in 3D. The total area of the image on the Martian surface (top left corner) corresponds to 120 000 km².

This perspective view was generated on a computer from the original image data. One looks at a landscape which has been predominantly shaped by the erosional action of water. Millions of cubic kilometres of rock have been removed, and the surface features seen now such as mountain ranges, valleys and mesas, have been formed.

The HRSC is just one of the instruments to have collected exciting data. To learn more about the very promising beginning to ESA's scientific exploration of Mars, media representatives are invited to attend a press conference on Friday, 23 January 2004, at 11:00 CET at ESA’s Space Operations Centre in Darmstadt, Germany, and in video-conference with the other ESA centres.

There, under the auspices of ESA Council Chair, Germany's Minister for Education and Research, Mrs Edelgard Bulmahn, ESA's Director of the Scientific Programme, Prof. David Southwood and the Principal Investigators of all instruments on board Mars Express will present the first data and preliminary results.

Also a spectacular, three-dimensional video sequence, featuring famous landmarks on the surface of Mars 'as seen through European eyes' will be unveiled for the first time on Friday 23 January .