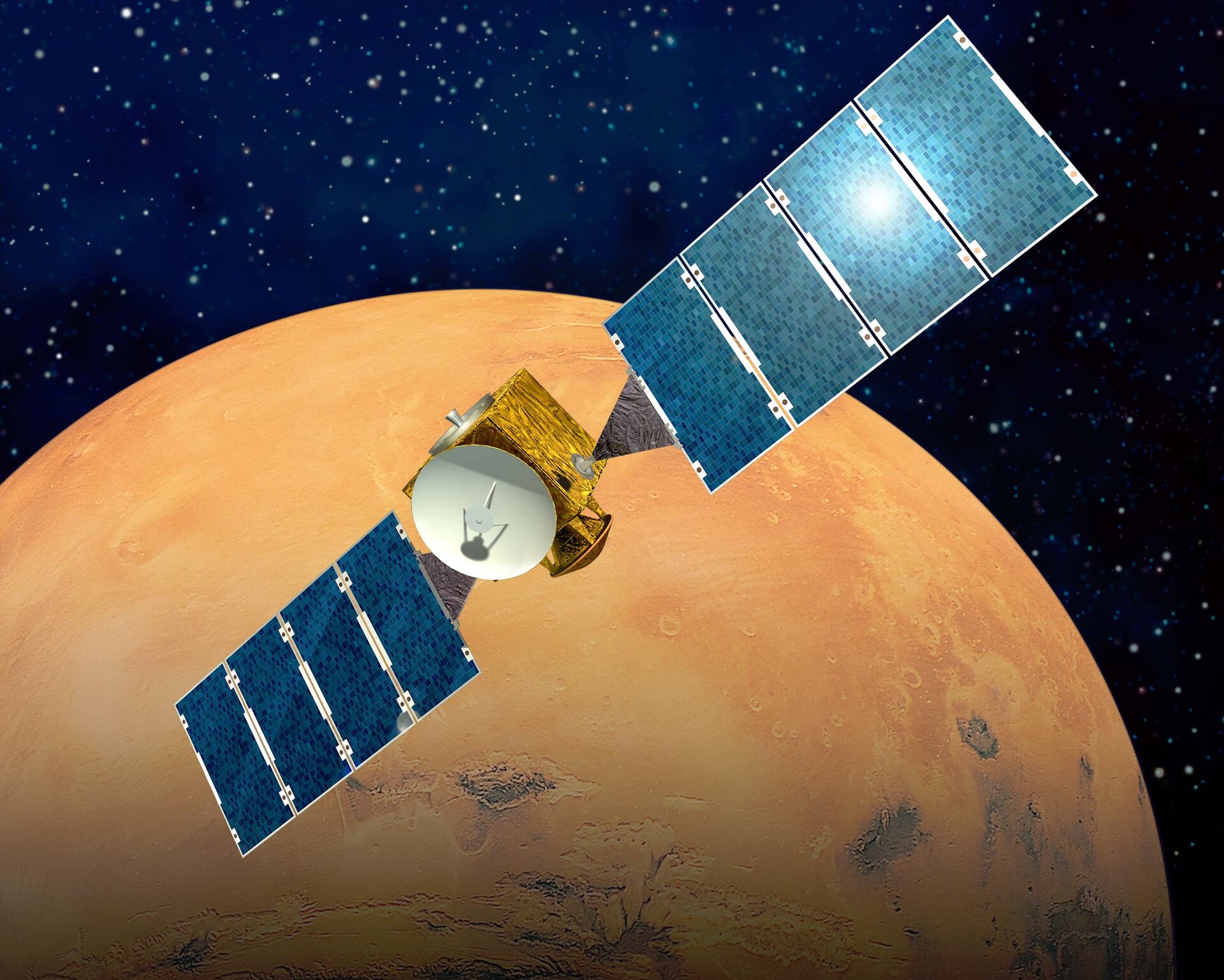 Europe's mission to the Red Planet, Mars Express, is on schedule to arrive at the planet on Christmas Day, 2003.

The lander, Beagle 2, is due to descend through the Martian atmosphere and touch down also on 25 December.

Mars Express is now within 20 million kilometres of the Red Planet and the next mission milestone comes on 19 December, when Mars Express will release Beagle 2. The orbiter spacecraft will send Beagle 2 spinning towards the planet on a precise trajectory.

Beagle has no propulsion system of its own, so it relies on correct aiming by the orbiter to find its way to the planned landing site, a flat basin in the low northern latitudes of Mars.

ESA engineers will then fire the orbiter's main engine in the early hours of 25 December to put Mars Express into orbit around Mars (called Mars Orbit Insertion, or MOI).

When Beagle 2 begins its descent, it will be slowed by friction with the Martian atmosphere. Nearer to the surface, parachutes will deploy and large gas-filled bags will inflate to cushion the final touchdown. Beagle 2 should bounce to a halt on Martian soil early on Christmas morning.

The first day on Mars is important for the lander because it has only a few hours to collect enough sunlight with its solar panels to recharge its battery.

We then have to wait for the radio 'life' signal from Beagle 2, relayed through the US Mars Odyssey spacecraft, to see if the probe has survived the landing. This could take hours or even days.

If nothing is received on Christmas morning, the UK Jodrell Bank Telescope will search for the faint radio signal from Beagle 2 in the evening. The Mars Express orbiter can also search for the lander but, because of its orbit, it will not be in place to do this until early January.

If all goes well, Mars Express and Beagle 2 will then begin their main mission - trying to answer the questions of whether there has been water, and possibly life, on Mars.