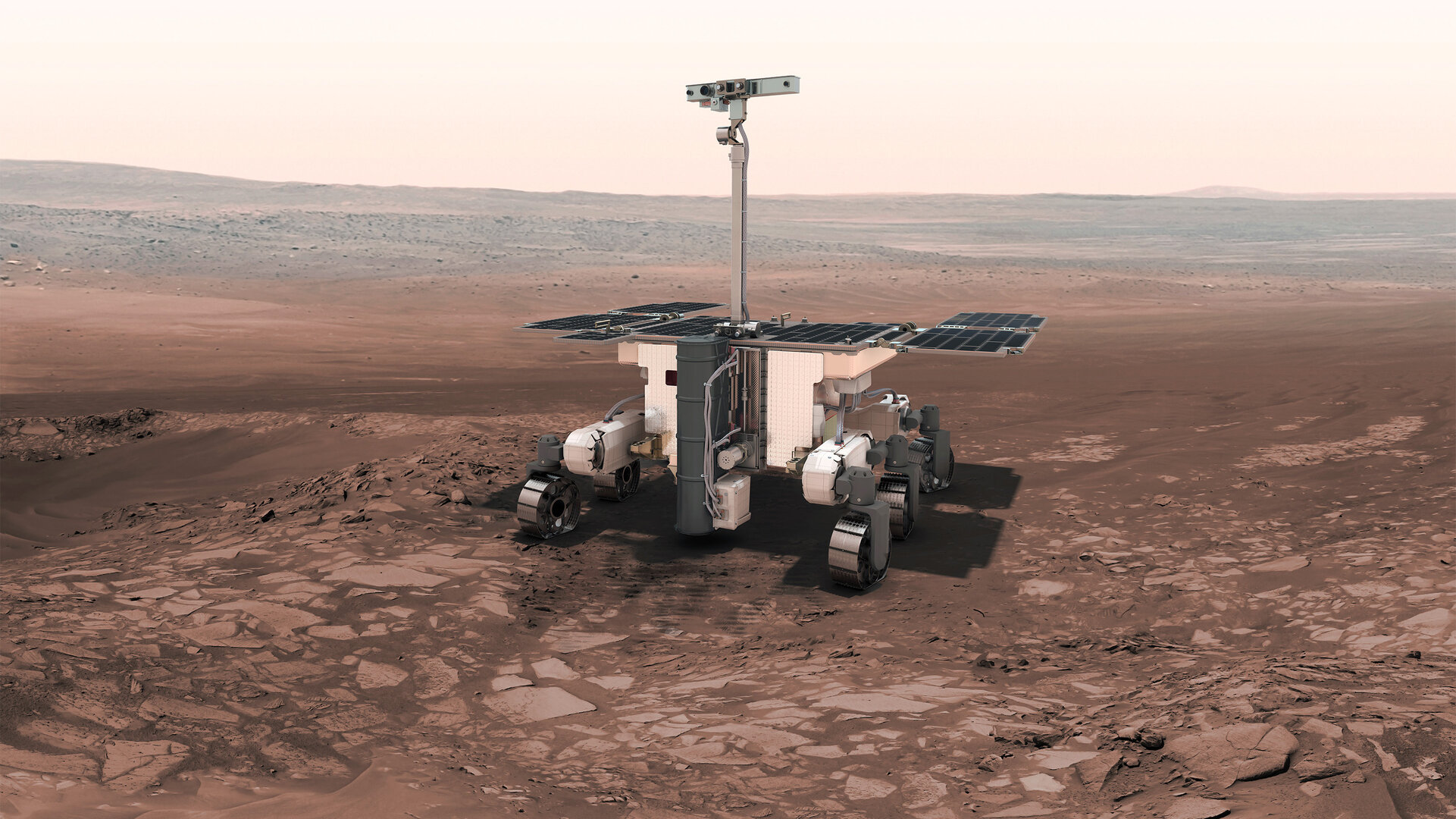 A state-of-the-art ‘Mars yard’ is now ready to put the ExoMars rover through its paces before the vehicle is launched to the Red Planet in 2018.

ExoMars is a joint endeavour between ESA and Russia’s Roscosmos space agency. Comprising two missions for launch to Mars in 2016 and 2018, ExoMars will address the outstanding scientific question of whether life has ever existed on the planet, by investigating the atmosphere and drilling into the surface to collect and analyse samples.

Filled with 300 tonnes of sand, the 30 x 13 m Mars yard at the Stevenage site of Airbus Defence and Space mimics the appearance of the martian landscape. Its walls, doors and all interior surfaces are painted a reddish-brown colour to ensure the rover’s navigation cameras are confronted by as realistic a scenario as possible.

To mark the completion of the renovations, members of the press and public were invited to witness the inauguration by Vince Cable, the UK Secretary of State for Business, Alvaro Giménez, ESA’s Director of Science and Robotic Exploration, Colin Paynter, Head of Airbus Defence and Space in the UK, and David Parker, Chief Executive of the UK Space Agency.

ESA’s rover is part of the 2018 mission and will be able to navigate and drive autonomously at least 70 m a day across the surface.

A ‘Mars yard’ simulating the martian surface, complete with rocky obstacles, provides a realistic training ground for developing such a sophisticated navigation system.

“The ExoMars rover represents the best of British high-value manufacturing,” noted Vince Cable. “The technologies developed as part of the programme, such as autonomous navigation systems, new welding materials and techniques, will also have real impacts on other sectors, helping them stay on the cutting edge.

“Not only is it hugely exciting that Europe’s next mission to Mars will be British-built, but it is incredibly rewarding to see the benefits of our investment in the European Space Agency creating jobs here in the UK.”

“A facility like this enables us to develop sophisticated navigation systems to ‘teach’ Mars rovers how to drive autonomously across the Red Planet. This will be a fantastic resource for the ExoMars rover team and for future missions to come,” said Alvaro Giménez.

“ExoMars is a hugely fascinating programme and the new yard brings us one step closer to launch,” added Colin Paynter.

The yard will also be available after the rover has landed on Mars in 2019, to help overcome any challenging situations that might be encountered on the Red Planet.