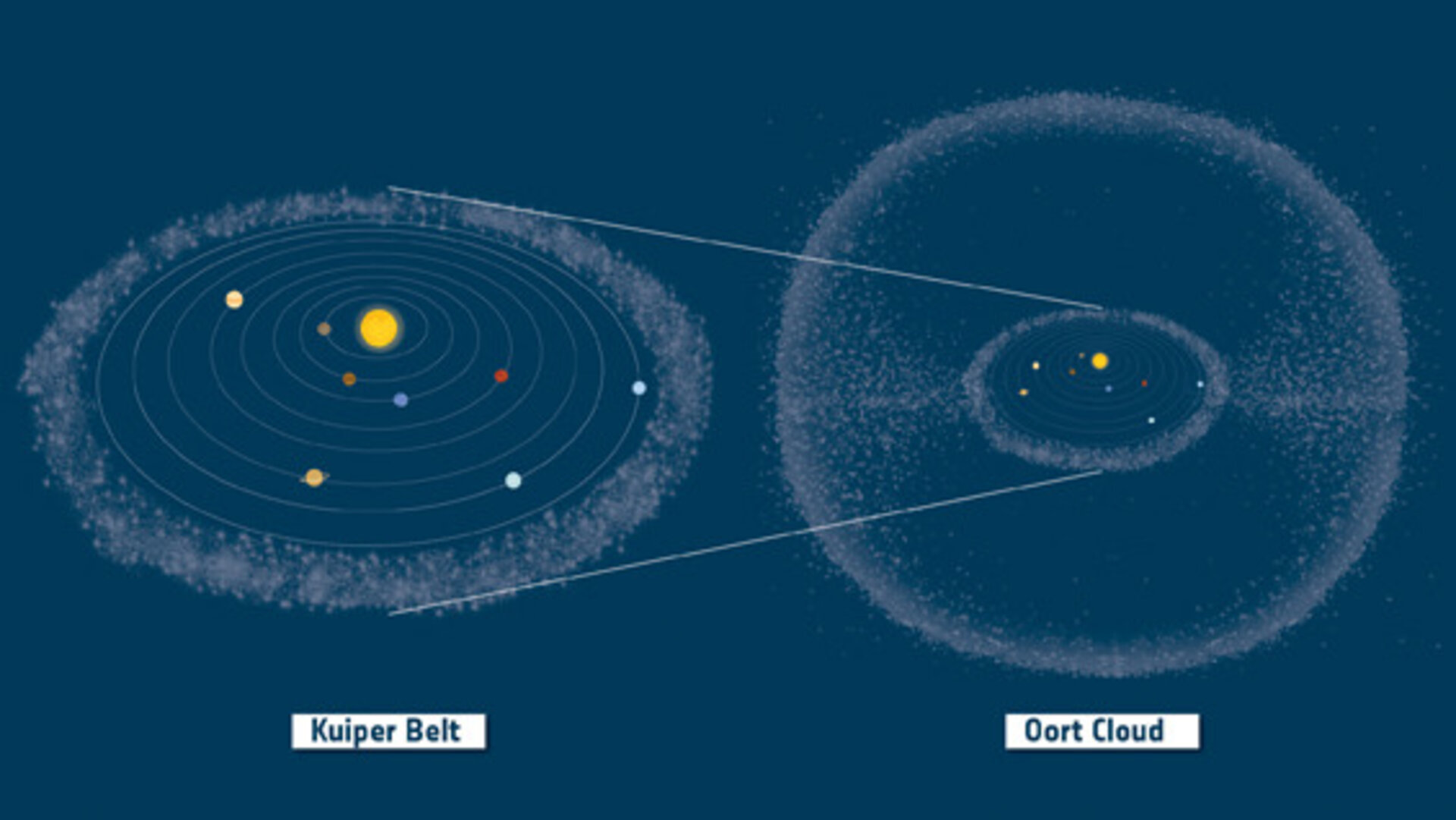 Occasionally a comet makes the headlines, perhaps because it is visible from Earth with the unaided eye. This gives the impression that comets are rare. However, nothing could be further from the truth. There are thought to be so many comets that even astronomers can’t count them all…

Comets were born in the outer reaches of the Solar System, 4600 million years ago, when the planets were forming, from dust and ice.

Only when a comet swings in towards the Sun does it begin to evaporate and generate the tails for which comets are so famous. Observations of Comet Halley during its last appearance in 1986 show that the top one-metre layer of the comet’s surface was lost to form the tail.

A comet probably has enough surplus ice for a few hundred passes of the Sun. After that, it may become so weakened by the loss of material that it shatters, or its surface may become so choked with tar-like substances, left behind when the ice evaporates, that it forms a layer, insulating the remaining ice from further exposure to the Sun.

If this happens it transforms into a ‘stealth’ comet. It stops producing a tail and joins the army of other near-Earth asteroids (NEAs).

Only better observations or even visits by spacecraft will tell us how many of the NEAs are really extinct comet cores.

The fact that comets die in what, astronomically speaking, is a short period of time (around 10 000 years), suggests that there must be a great reservoir of extra comets to restock them.

By studying the orbits of comets, astronomers have come to the conclusion that two such reservoirs exist. The Kuiper belt, out beyond Pluto, is a flared disc of comets that supplies most of the short-period comets (those that orbit the Sun in less than a century).

The Oort cloud (named after Jan H. Oort) is much larger and supplies the long-period comets. It encloses the Solar System, with an outer edge that reaches almost a quarter of the way to the nearest star.

By taking the size of the Oort cloud into account, and the number of long-period comets that have been seen, astronomers estimate that a staggering one 'trillion' (12 zeros) comets may be out there!