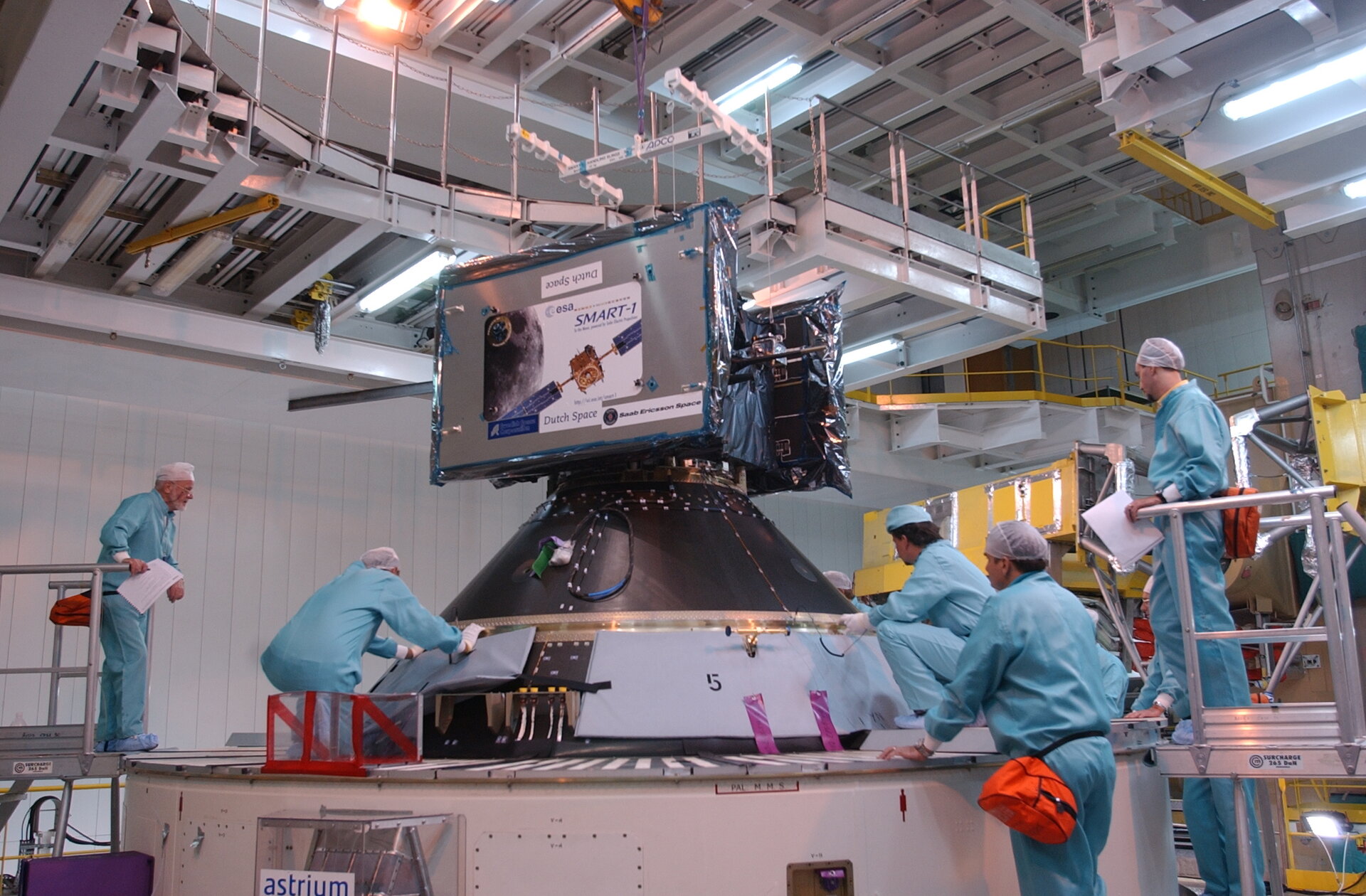 The launch date for ESA's SMART-1 mission to the Moon is confirmed as during the night of 27-28 September 2003.

Earlier this week, the SMART-1 spacecraft completed the first 30 metres of its trip to the Moon when it was put on board its Ariane 5 launcher at the Kourou spaceport in French Guiana.

As ESA scientists and engineers watched, the spacecraft looked very small, with its Ariane 5 mounting adapter, when it was raised the 30 metres up to the top of the launcher inside the Final Assembly Building (BAF). Within an hour it was sitting on the rocket's upper stage.

The spacecraft is pictured here being made ready for flight and having its solar panel array protection removed. The next step is to enclose the spacecraft with the 2.6-metre raising cylinder, which carries the second passenger satellite, E-Bird, on top of SMART-1.