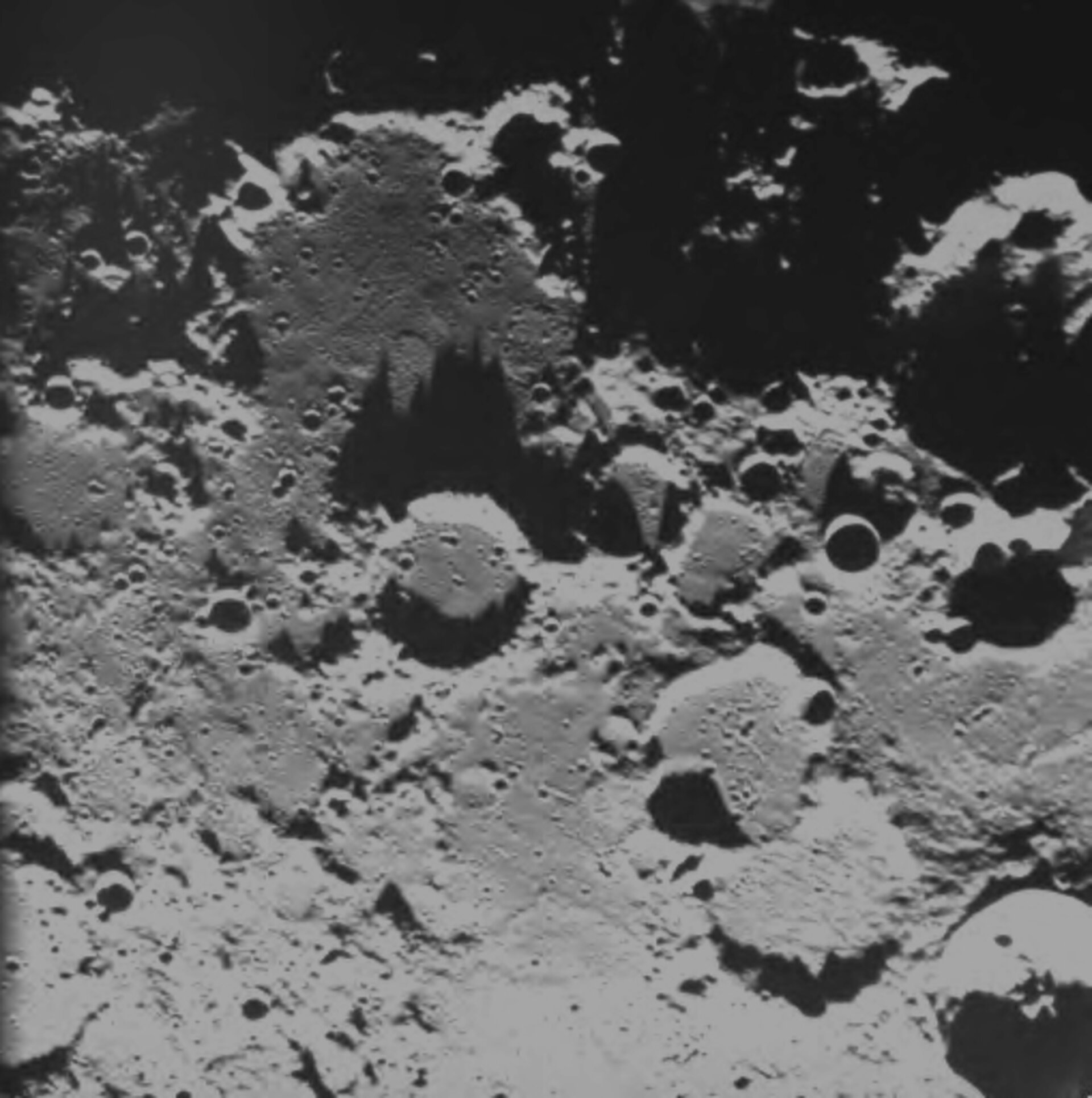 ESA’s SMART-1 mission to the Moon has been monitoring the illumination of lunar poles since the beginning of 2005, about two months before arriving at its final science orbit.

Ever since, the AMIE on-board camera has been taking images which are even able to show polar areas in low illumination conditions. Images like these will help identify if 'peaks of eternal light' exist at the poles.

SMART-1 took views of the north polar region from a distance of 5000 km during a pause in the spiralling descent to the science orbit. One can see highland terrains, very highly cratered due to their old age. The rims of the large craters project very long shadows even on surrounding features. SMART-1 is monitoring the polar shadows cast during the Moon rotation, and their seasonal variations, to look for places with long-lasting illumination.

The first image shows a 275 km area close to the north pole (upper left corner) observed by SMART-1 on 29 December 2004 from a distance of 5500 km. This shows a heavily cratered highland terrain and long shadows cast by large crater rims.

The second image shows a north polar area 250 km wide observed by SMART-1 on 19 January 2005 (close to north winter solstice) from a distance of 5000 km. The illuminated part of crater rim in the very top left of the image is very close to the north pole and is a candidate for a 'peak of eternal light'.

“This shows the ability of SMART-1 and its camera to image even for low light levels at the poles and prospect for sites for future exploration,” says AMIE camera Principal Investigator Jean-Luc Josset (SPACE-X, Switzerland).

“If we can confirm peaks of eternal light, these could be a key locations for possible future lunar outposts,” adds Bernard Foing, SMART-1 Project Scientist.

The existence of peaks of eternal light (areas that remain constantly illuminated regardless of seasonal variations) at the poles was first predicted in the second half of the nineteenth century by the astronomer Camille Flammarion. Even if for most of the Moon the length of the day does not vary perceptibly during the course of seasons, this is not the case over the poles, where illumination can vary extensively during the course of the year. The less favourable illumination conditions occur around the northern winter solstice, around 24 January. There are areas at the bottom of near-polar craters that do not see direct sunshine, where ice might potentially be trapped. Also there are areas at higher elevation on the rim of polar craters that see the Sun more than half of the time. Eventually, there may be areas that are always illuminated by sunlight.