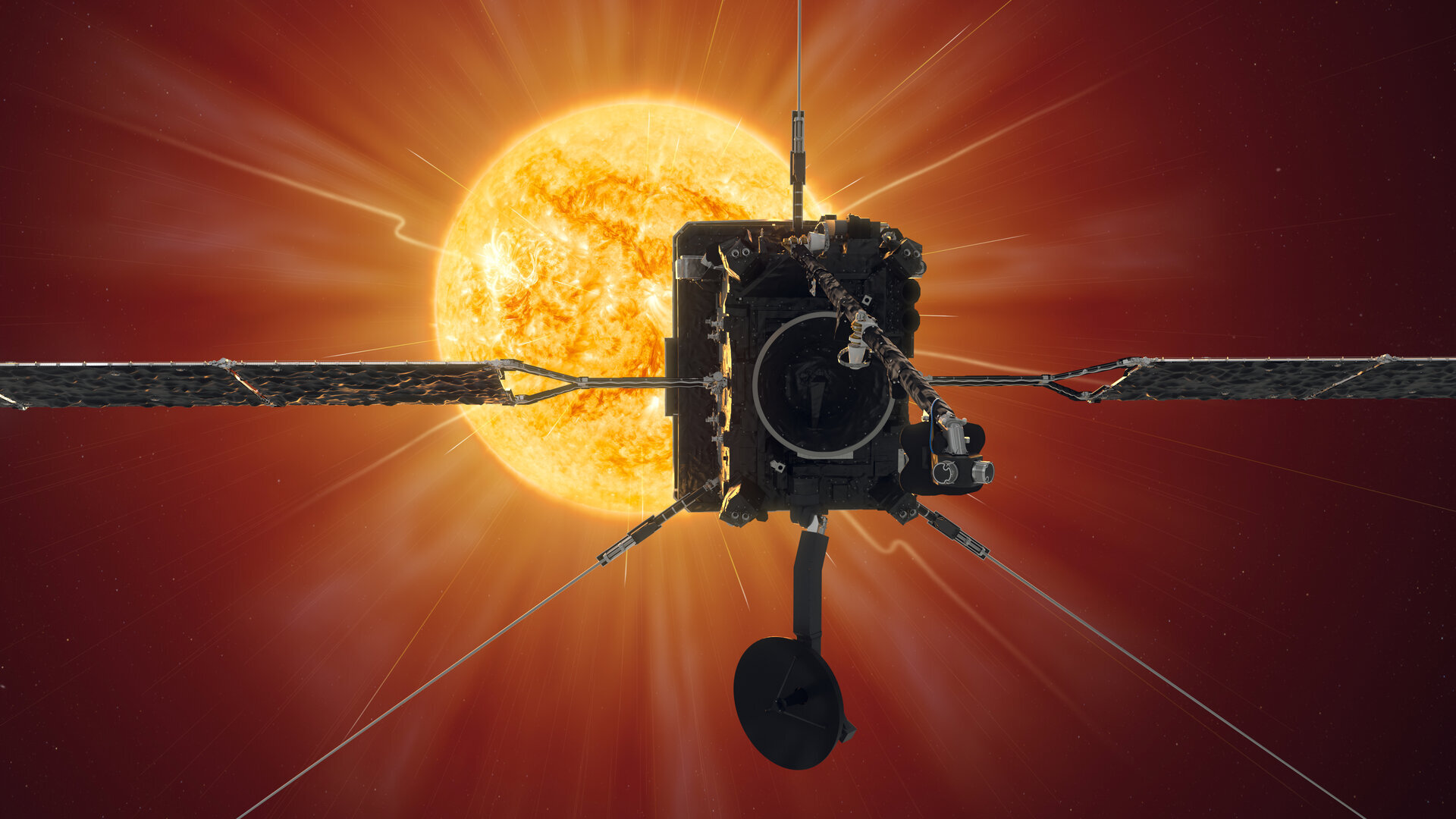 ESA has released its first Solar Orbiter data to the scientific community and the wider public. The instruments contributing to this data release come from the suite of in-situ instruments that measure the conditions surrounding the spacecraft.

The instruments contributing data to the release are the Energetic Particle Detector (EPD), the Radio and Plasma Waves (RPW) instrument, and the Magnetometer (MAG). Data from the fourth in-situ instrument, the Solar Wind Plasma Analyser (SWA) will be released later this year. Solar Orbiter’s remote-sensing instruments will only start their nominal operations in November 2021. They are continuing to perform tests and calibrations during short intervals until then.

As soon as a mission is in space, the teams work to commission the instruments and start collecting science data. As soon as the information starts to flow in, interest builds towards the first data release.

In the case of many space missions, the first data release usually comes after six months or a year, to reward the teams that have built the instruments with an exclusive first look at the data. Long before launch, however, it was agreed that Solar Orbiter would be different.

“We want Solar Orbiter to be one of the most open space missions. This means open to the whole world, not only to the teams who have built the instruments,” says Yannis Zouganelis, Solar Orbiter Deputy Project Scientist for ESA.

Based on the successful approach taken by previous solar physics missions, it was decided that the time between the data being received on Earth and it being released to the world would be at most 90 days. During this period, the instrument teams calibrate the data taken by Solar Orbiter from its ever-changing distance to the Sun. That would be a fast turn-around at the best of times; with the unprecedented challenges of the pandemic this year, it is a double achievement to hit the deadline.

“To do this in COVID-19 times was very challenging,” says Yannis, “But we are ready to deliver the data to the scientific community according to the plan, so that they can do science with it.” 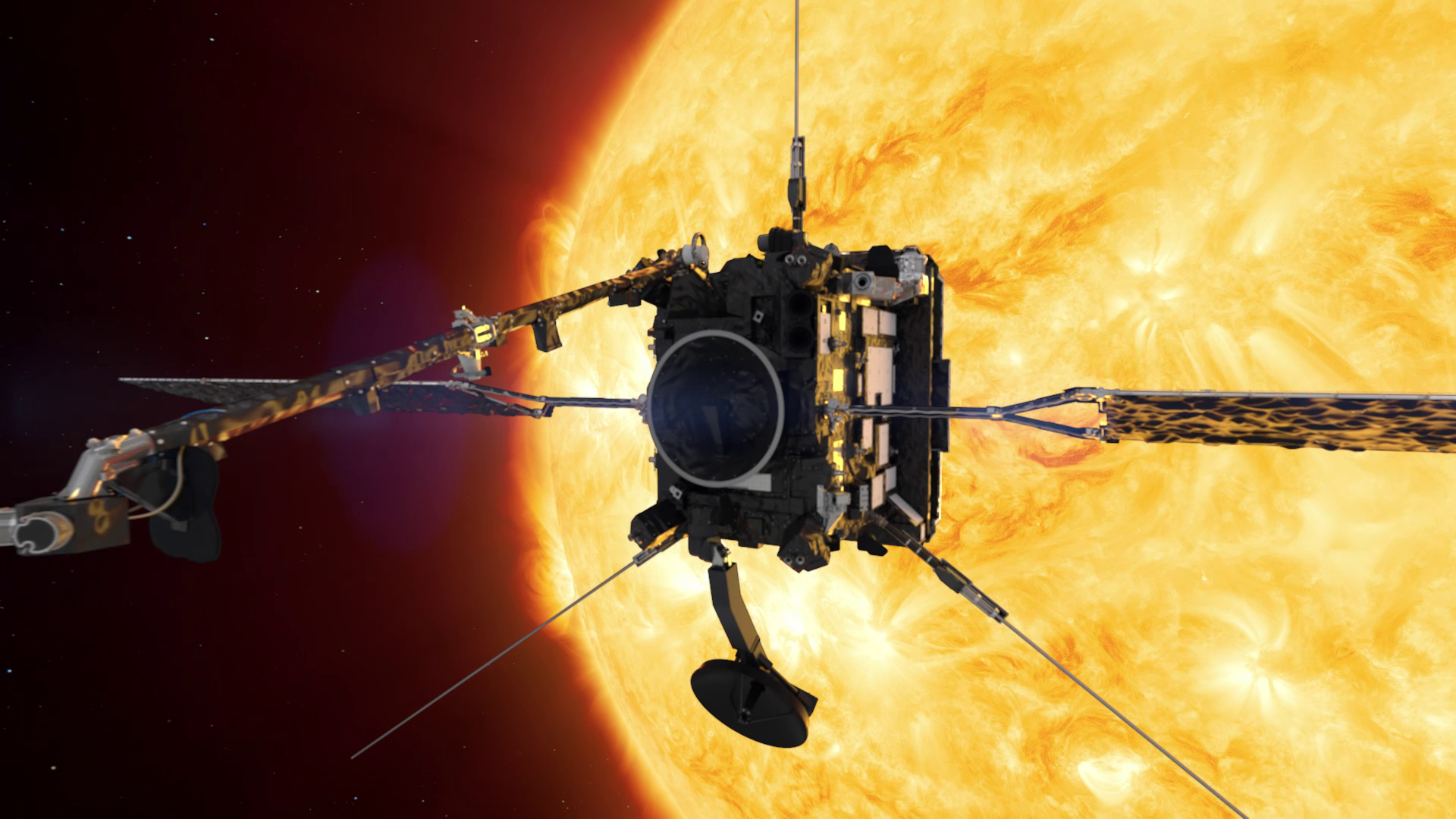 The work begins long before launch, with the various instrument teams getting ready to receive and process their data. The teams themselves are composed of dozens of people, often in many different countries.

Once the instruments are taking data, the mission enters a calibration phase in which a lot of work is put in by each instrument team to understand how their instrument is working in space, whether the data coming back is as expected, and which instrumental and spacecraft effects need to be corrected for. For example, instrument readouts depend on the temperature of the detector, but often the thermometers are by necessity located at a certain distance away. Thus, the data must be calibrated with the actual ‘in-orbit’ thermal behaviour of the spacecraft.

Once the working instrument is understood, the teams process the data and send them to ESA’s European Space Astronomy Centre (ESAC), near Madrid. There, the data is archived at the ESAC Science Data Centre and made accessible to the public.

“It’s a coordinated effort involving dozens of people from many different teams, many different countries, and all parties have to work together, like an orchestra, to make sure that everything is ready at the right time,” says Yannis.

This orchestra is directed by ESA’s Solar Orbiter archive scientist Pedro Osuna in concert with the ESAC Science Data Centre. The effort requires dedicated hands-on commitment from all instrument teams to transform the raw data into calibrated products for scientific analysis.

“When the data is received on the ground it is raw data, just ones and zeros,” says Javier Rodríguez-Pacheco, University of Alcalá, and the Principal Investigator of EPD. “This is sent to us and we transform it into physical units that can be used for scientific purposes.”

For this first data release, Javier says that most of the data was cleaned and calibrated by hand but in future, once they fully understand the responses of the different EPD sensors, they are looking to create a data pipeline that will be able to largely automate the process. Although, someone will always supervise the process.

The data being released from RPW comes from readings that were taken after 15 June because the period before was the commissioning phase rather than the science phase. “In the commissioning period, we do all sorts of strange things with the instrument,” says Jan Soucek, Institute of Atmospheric Physics of the Czech Academy of Sciences, Prague and lead co-investigator of RPW.

In this mode, readings are collected in a number of different ways and this makes them poorly suited for science. “If you want to look at statistics, you need to make sure that you are measuring things in a consistent way, so if we play with the instrument all the time, it's not very consistent,” says Jan.

But like the other instruments, once its behaviour is known, the data can be processed relatively easily and quickly.

In the case of MAG, the job was to learn about all the small magnetic fields that the spacecraft itself generates when its various circuits and equipment are switched on and off. Tim Horbury, Imperial College, and Principal Investigator of MAG, says that the fact the data is ready on time is testament to the hard work of the engineering team at Imperial College.

“They have worked incredibly hard over the last few months. It’s been an immense amount of work,” he says. “There's a lot of it that we're releasing that nobody's really looked at in great detail yet. So I am sure there will also be a whole extra set of wonders – we just don't know what they are yet. There's an enormous amount for people to do, and I really hope that people will dive in.”

The fourth in-situ instrument, SWA, is still working on its data processing and calibration. “We have had a number of teething challenges operating safely with the high-voltages that are an integral part of all three of our sensors,” says Christopher Owen, Mullard Space Science Laboratory, University College London, and SWA’s principal investigator. “As a consequence we have not been able to take as much data, or to spend as much time on understanding performance as we would have liked."

However, Chris is optimistic. “The sensors themselves are fundamentally healthy, and we can see from the data we do have that they are capable of delivering great science and fulfilling the important roles they have in delivering the unique mission science goals,” he says.

In the meantime, there is more than enough data from the other instruments for the scientific community to begin work with. In tandem with the data release, a special issue of the journal Astronomy and Astrophysics is being published that contains mission and instrument descriptions.

“Now any scientist from any country can get the data and do science with it. In fact, there are already hundreds of scientists working together to make sense out of this unique data,” says Yannis.

The archive can be accessed at http://soar.esac.esa.int/soar/

The A&A mission special issue can be found here