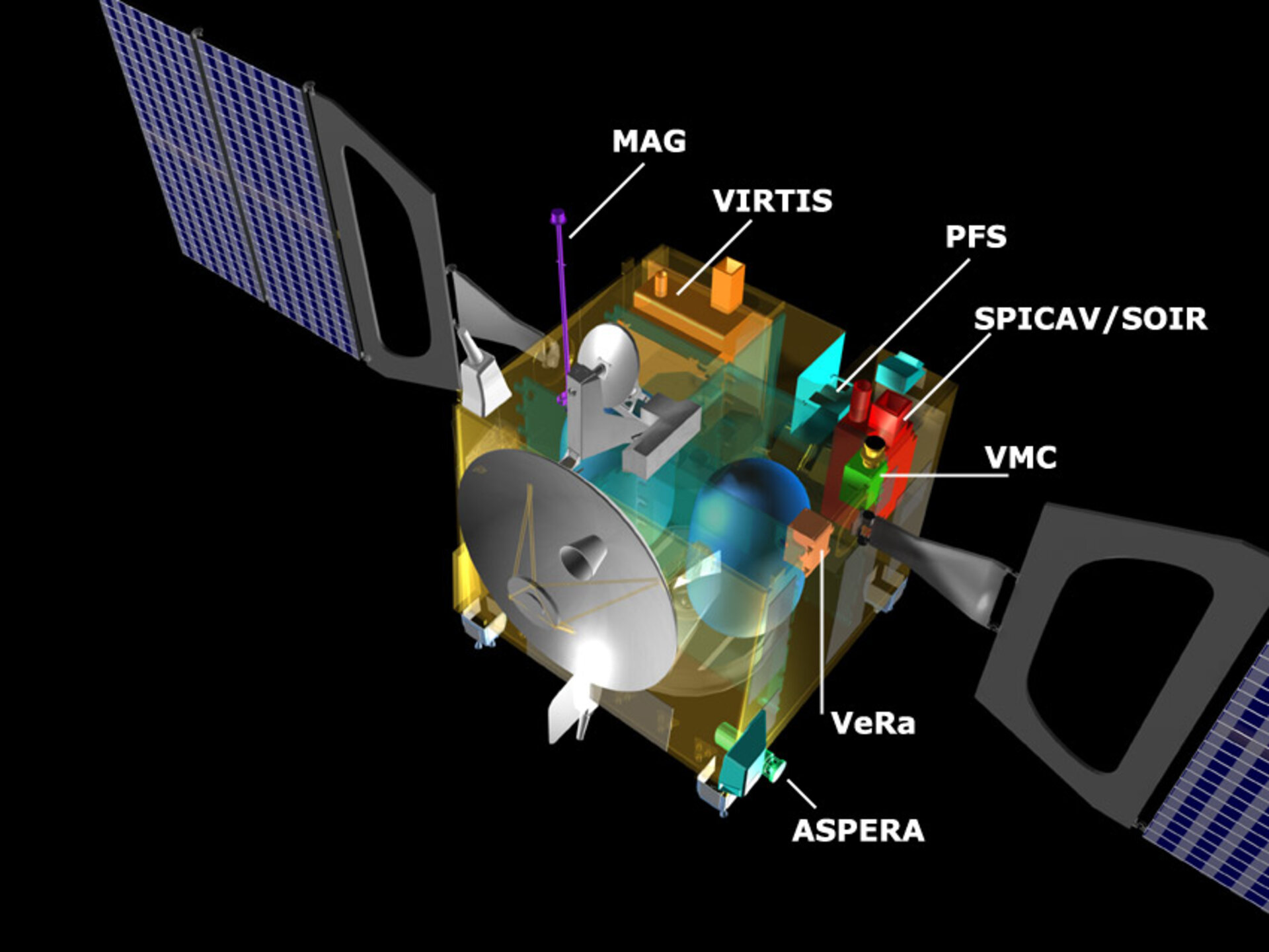 Venus has no detectable internal magnetic field, and the field that exists around the planet is entirely due to the interaction between the solar wind and the atmosphere. The MAG magnetometer studied this process to help in understanding the effect this has on Venus’s atmosphere, for instance the atmospheric escape process.

SPICAV assisted in the analysis of Venus’s atmosphere. In particular, it searched for the small quantities of water expected to exist in the Venusian atmosphere. It also looked for sulphur compounds and molecular oxygen in the atmosphere. It determined the density and temperature of the atmosphere at 80–180 kilometres altitude.

VeRa used the powerful radio link between the spacecraft and Earth to investigate the conditions prevalent in the ionosphere of Venus. Scientists also used it to study the density, temperature, and pressure of the atmosphere from 35–40 km up to 100 km from the surface, and to determine roughness and electrical properties of the surface. It also allowed investigations of the conditions of the solar wind in the inner part of the Solar System.

VIRTIS studied the composition of the lower atmosphere between 40 kilometres altitude and the surface. It tracked the clouds in both ultraviolet and infrared wavelengths and allowed scientists to study atmospheric dynamics at different altitudes.

VMC, a wide-angle multi-channel camera, took images of the planet in the near infrared, ultraviolet and visible wavelengths. VMC could make global images and study the cloud dynamics. In addition it assisted in the identification of phenomena seen by other instruments.