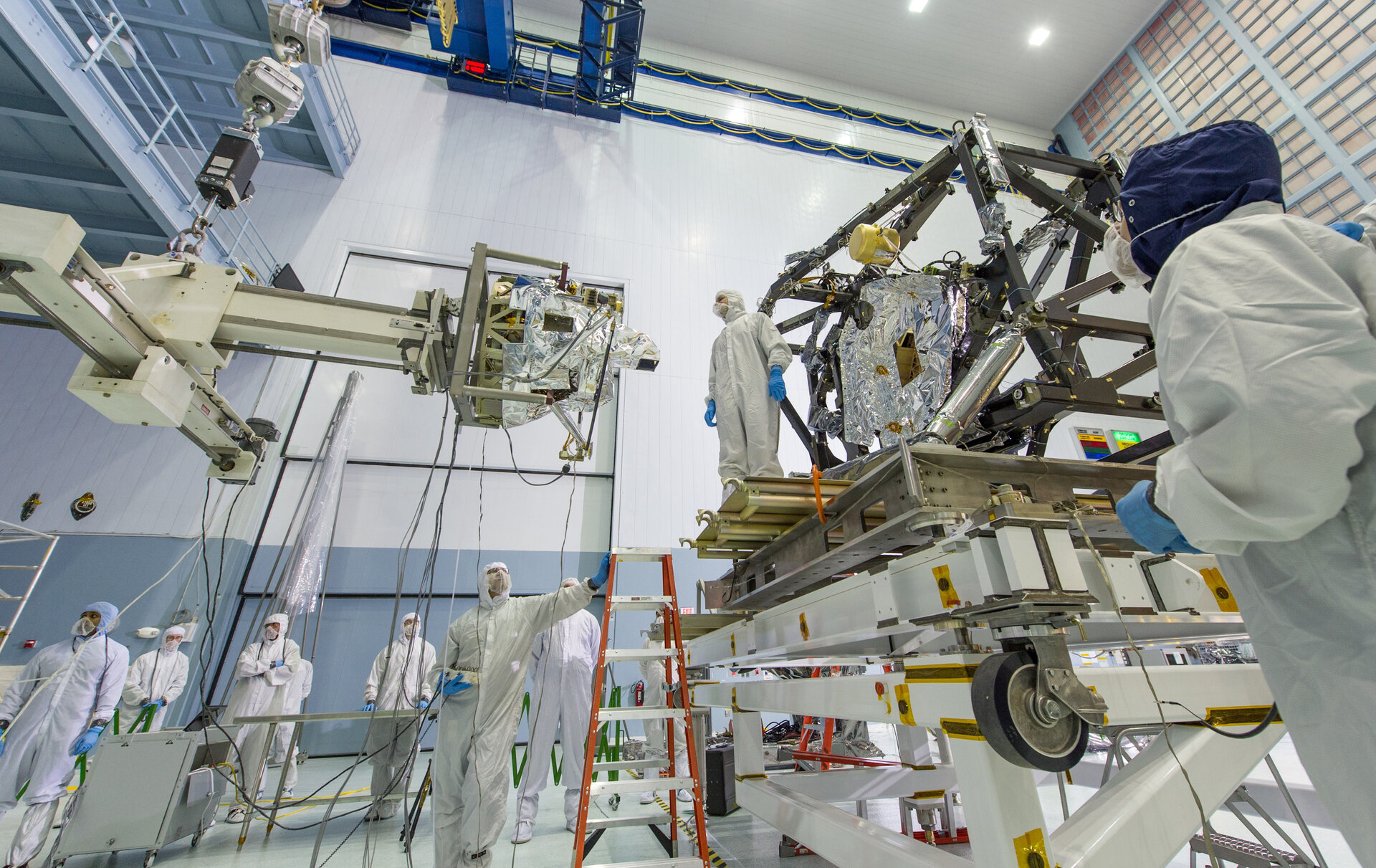 JWST is a future infrared space observatory with a collecting area more than two and a half times larger than ESA’s Herschel – the largest infrared scientific telescope so far flown to space.

In this image, the MIRI mid-infrared camera and spectrograph, built by a consortium of European scientists and NASA’s Jet Propulsion Laboratory, is being integrated into the science payload module of JWST. Here, MIRI is being held by a special balance beam (left), which is being manoeuvred using a precision overhead crane by the engineer at the base of the ladder.

After installation into the payload module (right), the first parts of MIRI’s cooling system were attached to the instrument and the MIRI insulation shield was closed.

Once in orbit, the telescope and the payload module will have a very low temperature of –233ºC to keep their own infrared emission from overwhelming the signals from the faint and distant astronomical targets that MIRI will study.

But MIRI, wrapped in an insulation blanket protecting it from the ‘heat’ of the rest of the payload module, will be cooled even further, to –266ºC, the perfect temperature for its state-of-the art detectors.

MIRI will be capable of penetrating thick layers of dust obscuring regions of intense star birth, it will see galaxies near the beginning of the Universe, and it will study sites of new planet formation and the composition of the interstellar medium.

In addition to MIRI, ESA is also leading the development of another of JWST’s four instruments: NIRSpec, the Near-Infrared Spectrograph, which will obtain spectra of more than 100 galaxies or stars simultaneously to study star formation and chemical compositions of young distant galaxies.

JWST is scheduled for launch in 2018 on an Ariane 5 rocket from Europe’s spaceport in Kourou, French Guiana. It is a partnership between ESA, NASA and the Canadian Space Agency.

Read more about MIRI's activities in the cleanroom at NASA's Goddard Space Flight Center in our journal article on ESA's Science & Technology website.