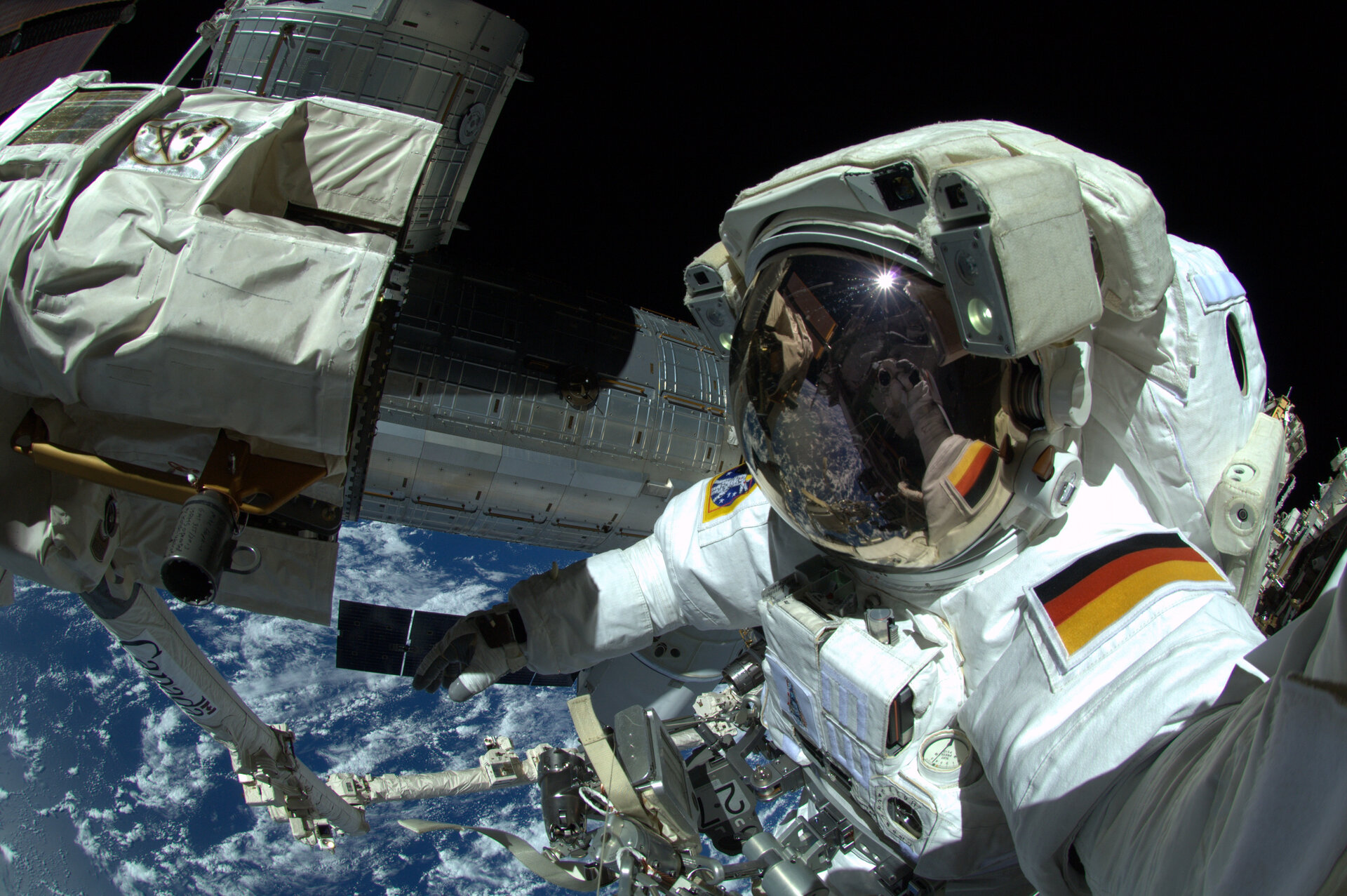 Alexander Gerst was born in Künzelsau, Germany, on 3 May 1976. His favourite sports are fencing, swimming and running. He especially enjoys outdoor activities such as skydiving, mountainbiking, snowboarding, hiking, mountaineering, climbing and scuba diving.

Alexander graduated from the Technical High School in Öhringen, Germany, in 1995.

In 2003 he received a diploma in geophysics from the University of Karlsruhe, Germany, and a master’s degree in Earth sciences from the Victoria University of Wellington, New Zealand. Both degrees were awarded with distinction.

In 2010 Alexander graduated with a Doctorate in Natural Sciences from the Institute of Geophysics of the University of Hamburg, Germany. His dissertation made significant scientific contributions to the fields of geophysics and volcanic eruption dynamics, and he is still a member of various scientific organisations in the field of geosciences and volcanology.

During his school years, Alexander volunteered as a Boy Scout leader, fire-fighter and water rescue lifeguard. As a student, from 1998 to 2003, he participated in various international scientific collaborations and field experiments. Several of these expeditions led him to remote locations such as Antarctica where he installed scientific instruments.

Between 2001 and 2003, while researching his master’s thesis on a volcano in New Zealand, Alexander developed new volcano monitoring techniques that may improve volcanic eruption forecasting. The results were published in Science Magazine.

Alexander worked on developing scientific instruments at the Institute of Geophysics at the University of Hamburg between 2004 and 2009.

From 2005 to 2009, while at the Institute of Geophysics, he also worked towards his doctorate, investigating volcanic eruption dynamics on active volcanoes. His research goal was to determine the mechanics and the energy released during the first seconds of a volcanic eruption. His research led him to visit volcanoes on all continents, concentrating on an active volcano in Antarctica. In 2007 Alexander received the Bernd Rendel award for outstanding research from the DFG German Research Foundation.

After being selected as an ESA astronaut candidate in May 2009, Alexander officially joined ESA in September 2009 and completed Astronaut Basic Training in November 2010.

In September 2011, Alexander was assigned to fly to the International Space Station on a six-month mission serving as a flight engineer on Expeditions 40 and 41. He was launched on a Soyuz spacecraft from Baikonur Cosmodrome in Kazakhstan in May 2014 and returned to Earth in November 2014. This mission was known as Blue Dot and saw Alexander work on a comprehensive programme of European and international science in space.

During his two missions, with a combined length of 363 days, Alexander spent about one year living and working on the International Space Station. At the time of his return from the Horizons mission, he had spent more time in space than any other European astronaut.

Parallel to his training proficiency duties as a member of the European Astronaut corps, Alexander is currently assigned to ESA’s technical centre ESTEC in the Netherlands. There he works with spacecraft engineers on the technical aspects of ESA’s future human and robotic exploration missions, including the next steps towards the Moon, the Lunar Gateway Project, and the future of ESA’s human presence in Low Earth Orbit.