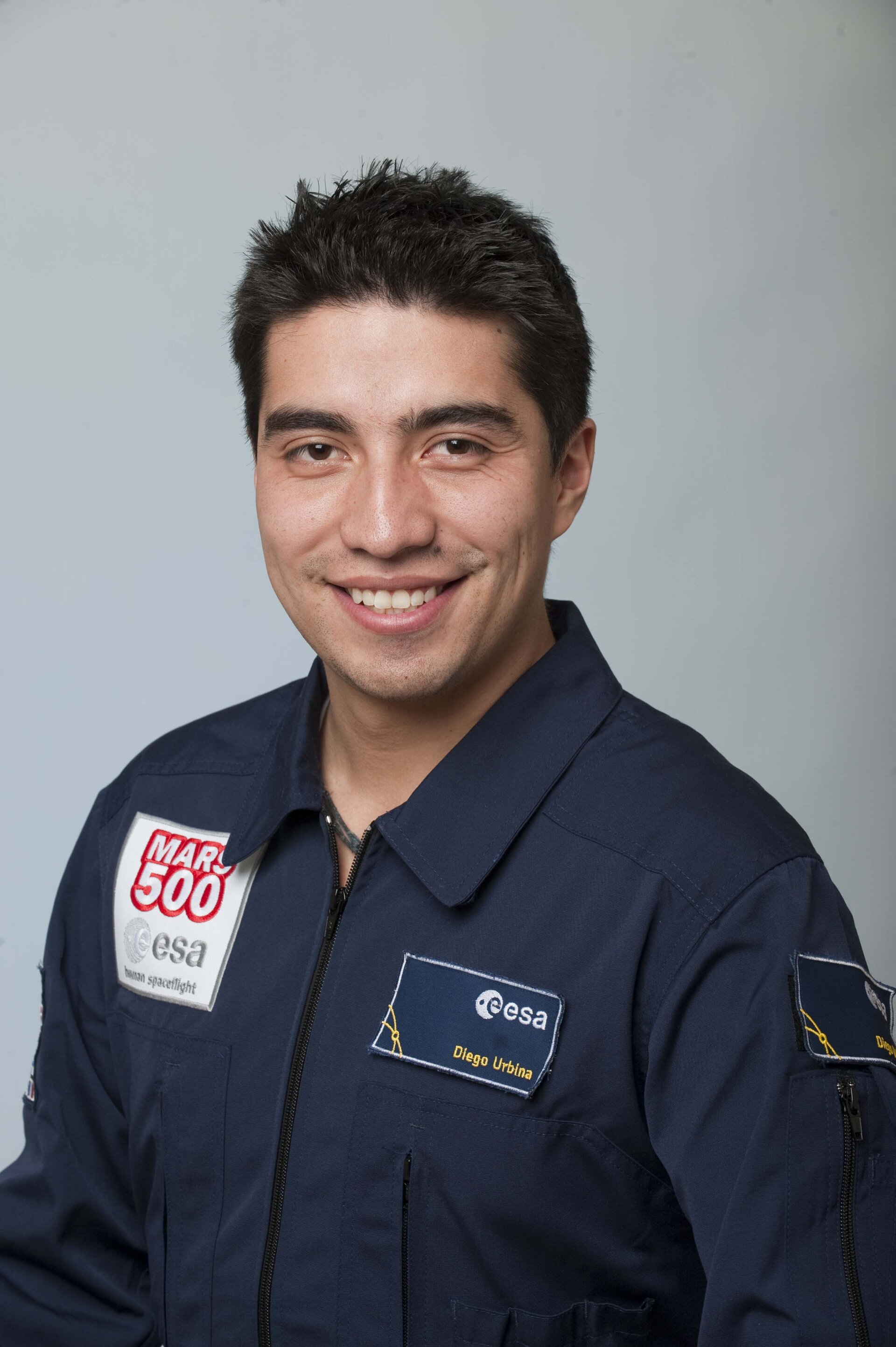 Member of the the 520-day isolation crew of the Mars500 study.

Diego finished post-mission medical and psychological data collection that followed crew recovery for six months after the Mars500 mission. At the same time, he worked on the final report and took part in other post-mission activities. European crewmembers were based at ESA's technical centre ESTEC, Netherlands until the Mars500 mission ended for Diego in May 2012.

Previous experience:
Crewmember at the Mars Desert Research Station in Utah, USA in January 2010, researching the growth of tropical plants and spacesuit constraints.

Attitude and Orbit Control Systems researcher for the Aramis nanosatellite at the Politecnico di Torino in 2008. Following graduation, Urbina spent time as an outreach and educational activity organiser in the developing world. Prior to this he was an operations and astronaut training intern at the Neutral Buoyancy Facility of ESA’s European Astronaut Centre in Cologne, Germany from May to August 2009. Urbina participated in the ‘Image Reversal In Space’ (IRIS) experiment for the ISS, supporting numerous measurements for baseline data collection and testing the experiment during ESA’s 50th Parabolic Flight Campaign in 2009.

Education:
Bachelor’s and master’s degrees in Electronics Engineering from the Politecnico di Torino, in Turin, Italy and a master’s degree in Space Studies from the International Space University, in Strasbourg, France.