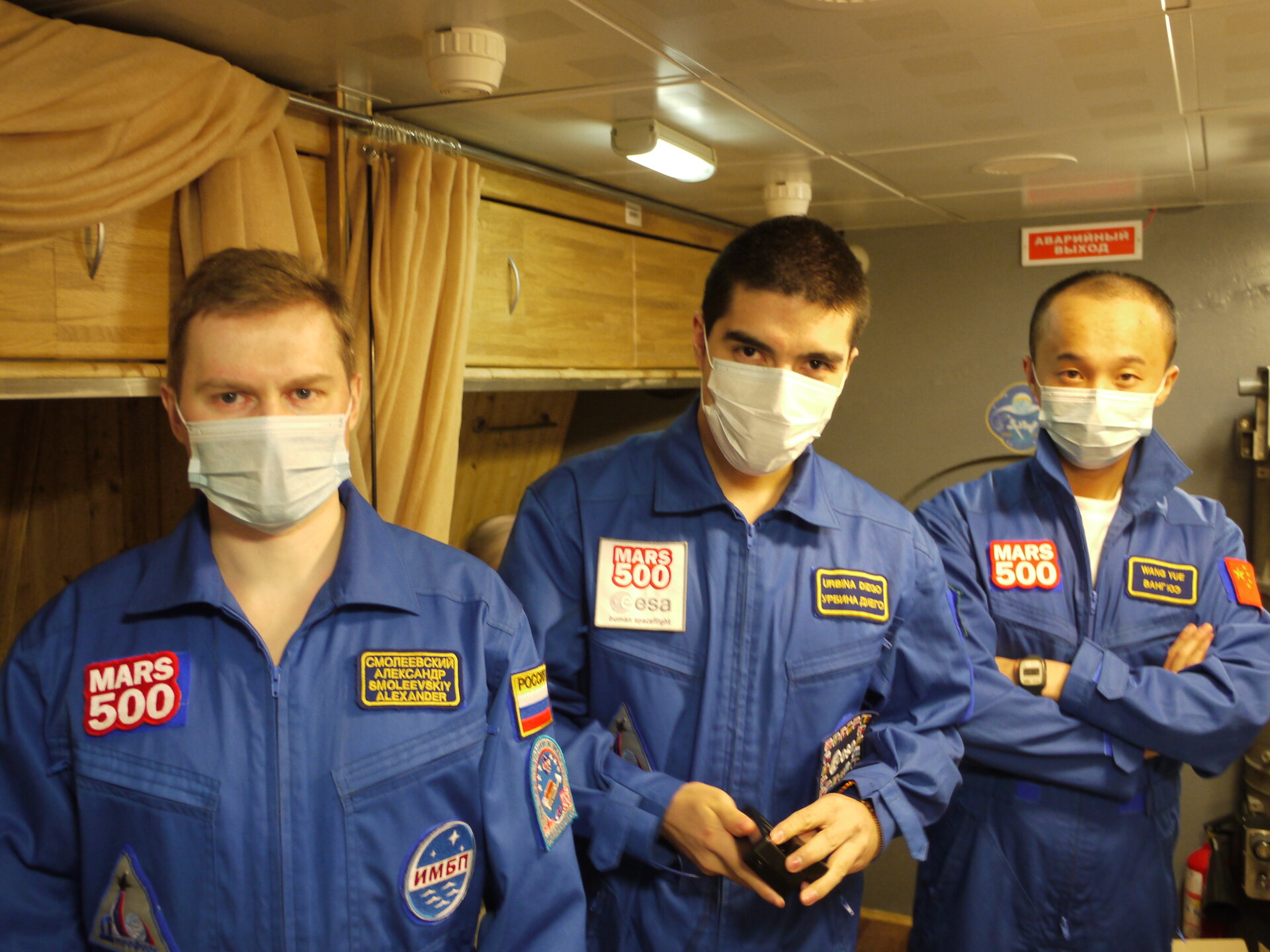 The highlight of the Mars500 was landing on Mars. Diego and Romain show in this long video everything that happened in the exciting month of February at the Mars500 modules.

The Mars500 crew arrived virtually at Mars on 1 February and - as the mission description goes - docked there with a lander, found it full of cargo and transferred it to their spacecraft. After careful preparations three crewmembers (Diego Urbina, Alexandr Smoleevskiy and Wang Yue) entered the lander on 8 February and they 'landed' on Mars. Romain Charles, Alexey Sitev and Sukhrob Kamolov continued to 'orbit' Mars and followed their friends as they made three 'Marswalks', then rejoined them on 27 February after 'docking' with the orbital vehicle.

This video is a compilation of the material they recorded during this key period of the Mars500 isolation study.