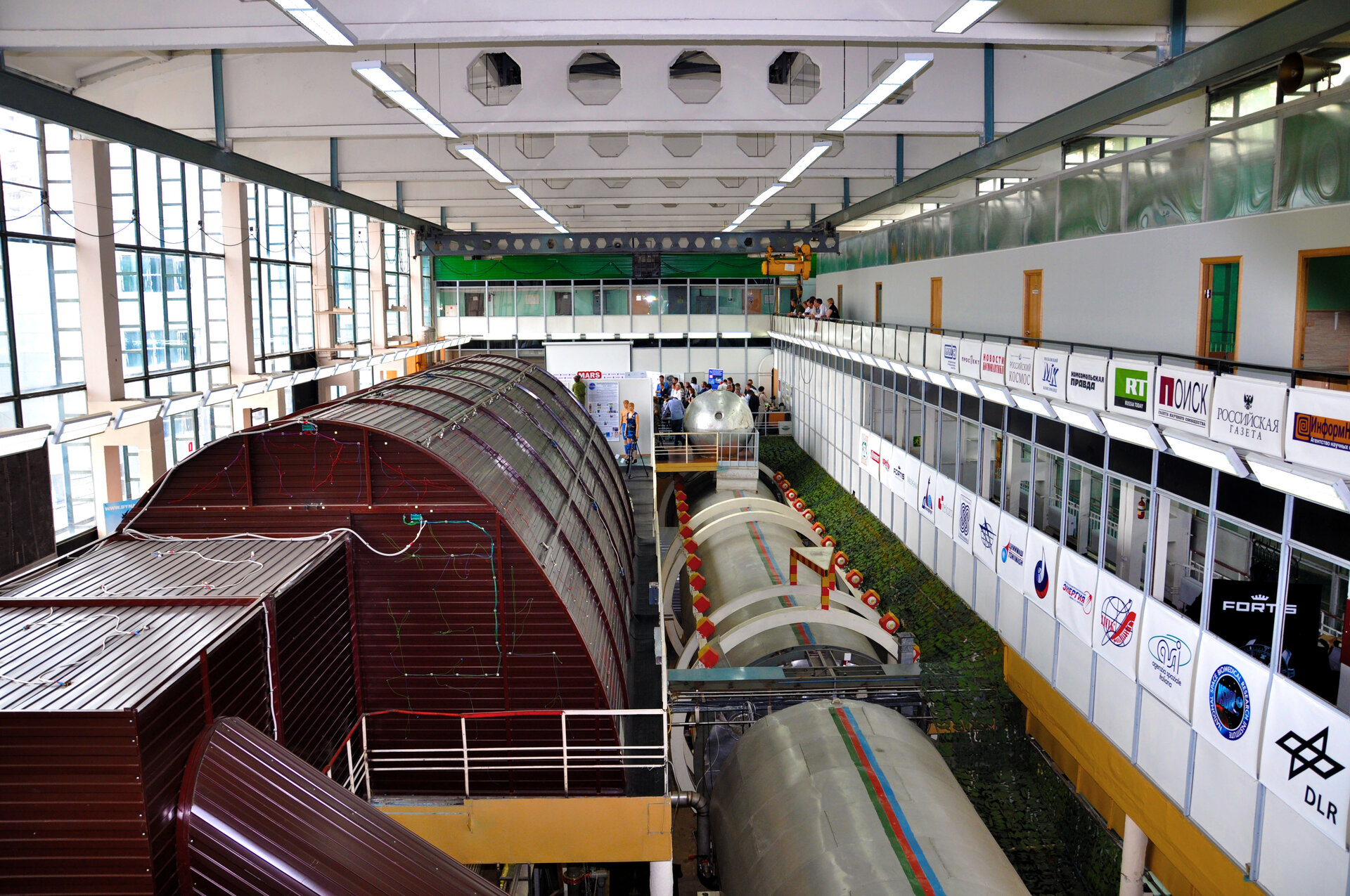 ESA has previously organised isolation studies. This included the ISEMSI campaign in 1990 in Bergen, Norway, which consisted of six male subjects and lasted 30 days, and the EXEMSI campaign in 1992 in Cologne, Germany, which consisted of three men and one woman and lasted 60 days. These campaigns were performed in shore-based deep diving complexes (hyperbaric chambers). During these two experiments, the psychology of group dynamics and individual performance under isolation and confinement were studied amongst many other topics.

In addition, much of the expertise in isolation studies has been built up by the Russian Academy of Sciences Institute for Biomedical Problems (IBMP) in Moscow, with which ESA has jointly undertaken the Mars500 study.

IBMP had already organised a one year isolation study in 1967/68. ESA also participated in some of the more recent studies. In 1994, ESA cooperated with IBMP on the Human Behaviour in Extended Spaceflight (HUBES) study. This study, which took place at the IBMP facility in Moscow, involved a crew of three men and lasted 135 days. For this campaign the mission duration and the crew number, as well as many others organisational and operational aspects were modelled with respect to the EuroMir-95 mission, which at that time was due to take place the following year.

In 1999, ESA also cooperated with IBMP on the 'Simulation of the Flight of the International Crew on Space Station' (SFINCSS). This experiment was aimed at modelling the living conditions on the International Space Station. The simulation, which also took place at the IBMP facility, involved three crews living simultaneously in connected chambers.

One crew was confined for 240 days, while a second crew stayed in the connected chamber for 110 days and was followed by a third crew, who also stayed 110 days in the same chamber.

Space Shuttle and Soyuz ferry flights were simulated by several visiting crews for 8 days at a time. ESA’s main experiment during SFINCSS-99 was the Flywheel Exercise Device, which produced positive results during the study and is currently on the ISS to be used as an exercise device for the ISS crews.

In 2004, IBMP started considering using its facilities for a simulation of a full martian mission profile (i.e. 520-700 days of isolation) and invited ESA to participate in the programme. This programme, which was given the name Mars500, took shape in the following years. The crew of the 105-day isolation study consisted of two Europeans and the 520-day isolation crew will have two members from Europe as well.

Based on experience gained from isolation studies, from other terrestrial-based simulation facilities such as with bed rest studies, and of course from studies on human missions in low Earth orbit, especially within the last two decades, the European scientific and technology community has gained substantial experience in assessing the risks for humans in the space environment.

In addition to being helpful in determining psychological aspects of spaceflight, this research has been invaluable in determining radiation hazards and the adaptation to weightlessness, as well as in the development of life support systems.

This knowledge is a solid base when approaching the next frontier, namely human missions beyond the Earth orbit, i.e. to the Moon or to Mars. This not only means additional challenges in the areas of radiation protection and human physiology, it also gives a greater importance in other areas of research and technology such as the psychological issues of long-duration spaceflight as were studied within Mars500.