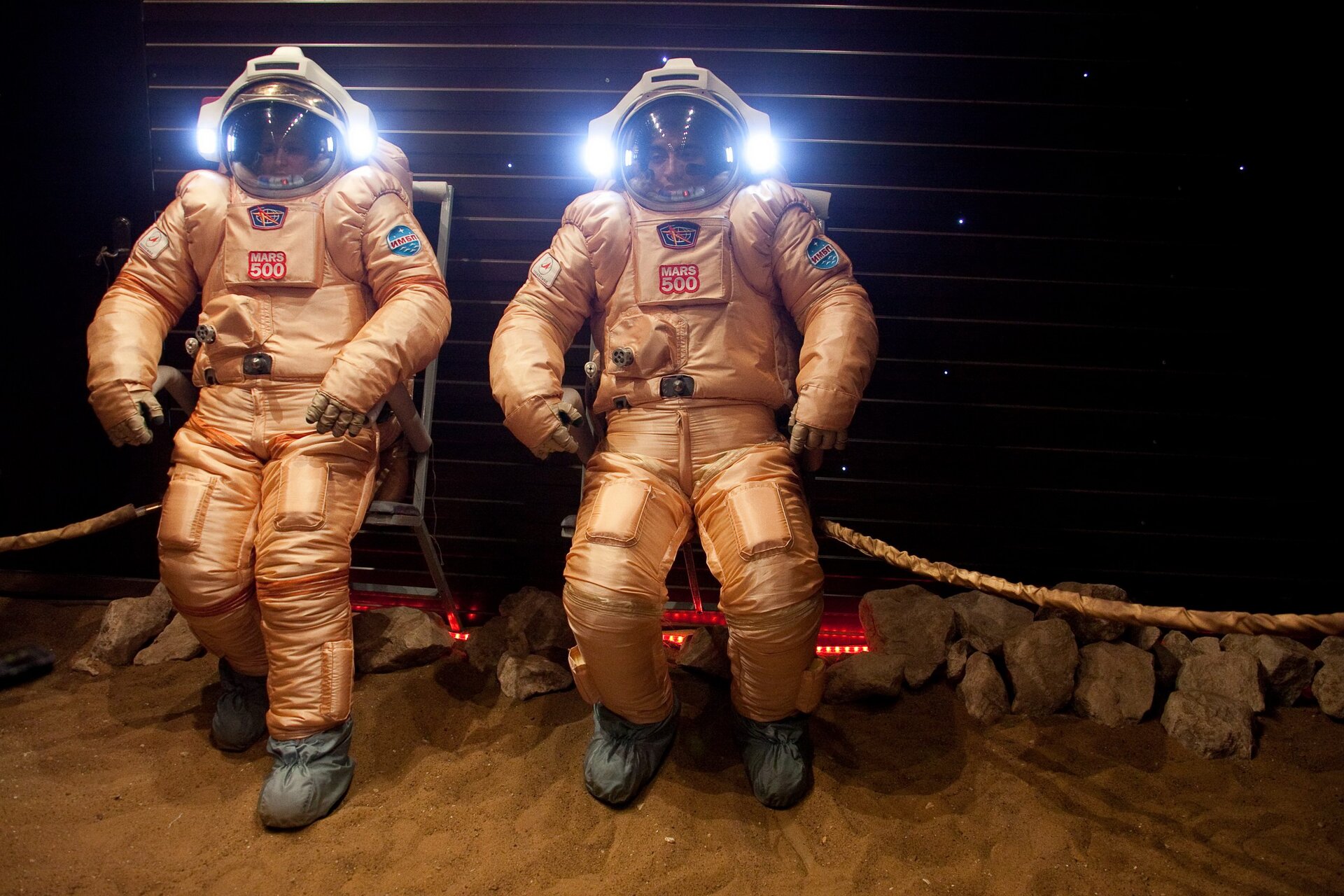 Seventeen months of isolation on a simulated trip to Mars came to an end five months ago. Their mission was over and they breathed fresh air again. What have ESA ‘marsonauts’ Diego Urbina and Romain Charles been doing since they left their ‘spacecraft’?

Mars500’s aim was to prepare for human exploration missions to Mars. Confined in their habitat for 520 days, the six crewmembers studied human behaviour during the lengthy isolation. The experiments focused on their bodies, mental states and performance.

Their isolation ended on 4 November 2011 but Mars500 is not over for Diego and Romain. Most of the experiments they did while ‘travelling’ to Mars are being repeated to compare the results.

The marsonauts stayed in Moscow for a month after stepping out of their spacecraft, monitored and subjected to further biomedical tests.

Three months after the end of their mission, they went through the same tests in Germany and will return for a final round in May.

One experiment requires monitoring their temperature for 36 hours via a sensor stuck on the forehead.

While in isolation with just five colleagues, embarrassing experiments were not a problem. Out in the real world, the device produced strange looks: “You get used to sleeping with the sensor but not to the people staring at you in the Moscow metro,” remembers Romain.

Romain and Diego are writing a detailed report of their time in isolation. Reporting on 520 days of experience and offering recommendations for future exploration missions is time-consuming, but of utmost importance for the project.

Scientists preparing similar missions are eager to learn more about the marsonauts’ experiences.

Other people are also keen to hear from Romain and Diego. In between the experiments and writing up their experiences, the pair are travelling Europe to give presentations at conferences and universities, and for media and public events.

In parallel, both are looking forward to using their hard-won expertise on new projects in Europe’s space industry.

Soon, the marsonauts will finally be able to experience real microgravity, even if only for 20 seconds at a time. With their Russian and Chinese crewmates, they will take part in ESA’s parabolic aircraft flights in May and undergo the same Mars500 tests.

As Diego puts it: “Our bodies are among the most researched in the world. It is very interesting for scientists to examine how our bodies will react to microgravity.”

After years of constant monitoring, prodding and taking blood, the challenging mission is almost over for Diego and Romain. Their contract with ESA ends in May and the Mars500 project is over for them.