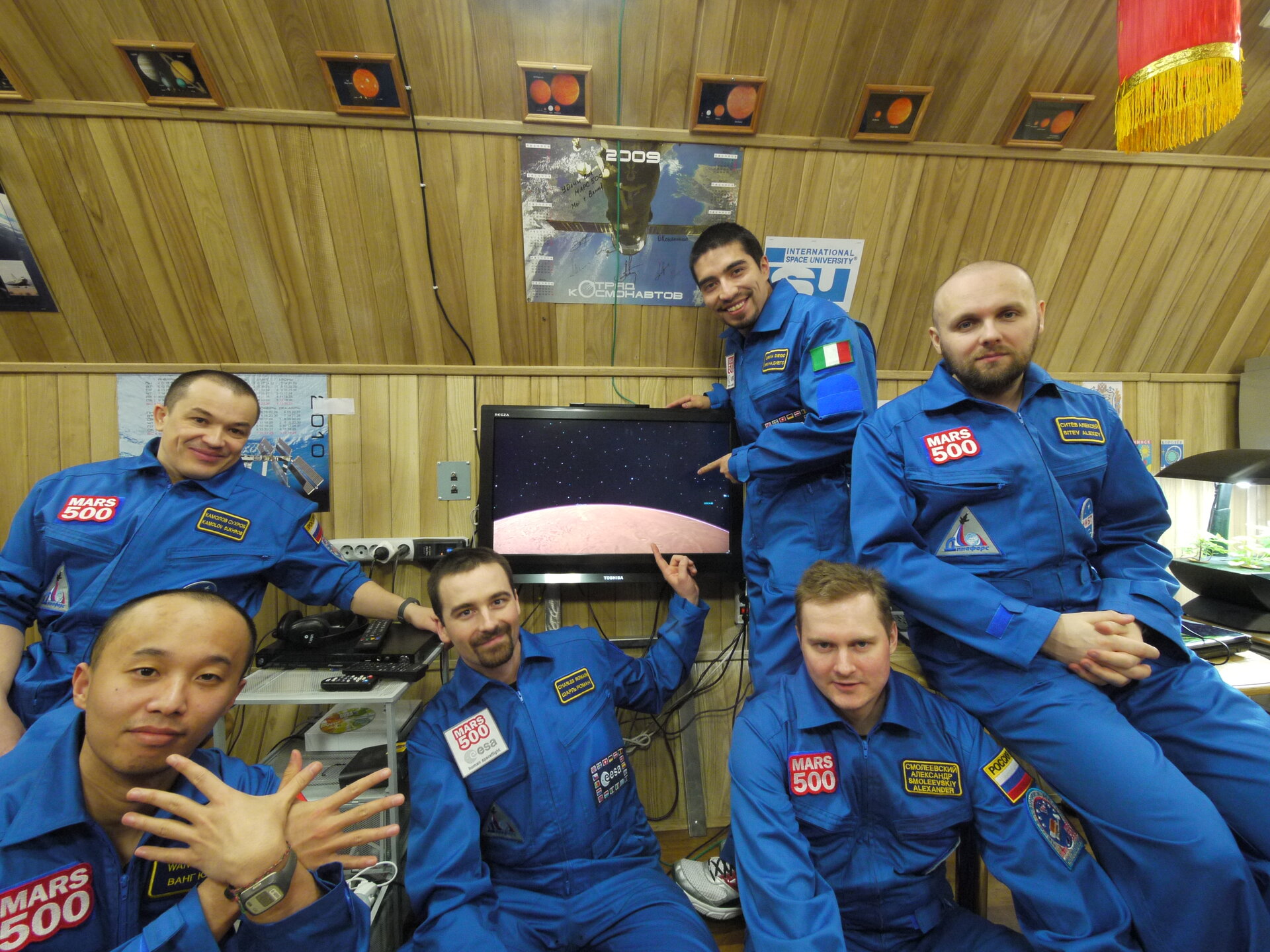 The Mars500 crew will soon mark a full year in isolation, but they have never been so cut off during their mission as they were for a week in April: they were living and working under a total communications blackout.

“What if we came back online and there was no one outside?”

This was one of the first tweets from Diego Urbina, ESA's Mars500 crewmember after the blackout, just before wondering how it would feel to be in total isolation for 500 days. “I wouldn’t advise it!”

This kind of situation is an important part of the Mars500 experiment, because the crew of a real mission to Mars will find themselves in similar circumstances.

Before this, the worst situation encountered during Mars500 was a simulated power failure. But, unlike then, the crew knew in advance what was coming – that all communications would be lost.

Blackout periods are common in planetary missions, because the Sun sometimes lies exactly between Earth and the spacecraft. These ‘oppositions’ are routinely calculated and accommodated, causing no problems.

Solar storms can also cause severe disruption to interplanetary communications - this was the 'cause' of the Mars500 blackout.

The crew was told that the communication network would not work for a week, from 18 April, and all links with them would be dead.

No radiograms, video messages, personal letters or news. The telemedicine system was also switched off. Only the emergency communication and video monitoring cameras remained in operation for safety.

The responsibility for planning their daily activities fell on the crew and the six men managed to organise their life very well. Previous studies indicated that a period of high autonomy is not always stressful – it can be motivating. It was like a holiday from the tight control of every day, letting the crew make independent decisions.

The break also helps researchers to understand the special psychology of the communication between Mission Control and the crew.

There have been some communication problems in the past, but on the ‘Earth’ side: the latest diary from Diego was cut short and the whole text has been received only now.

So, please read what Diego is writing about their time on ‘Mars’ – and stay tuned for new messages soon from the Mars500 modules.