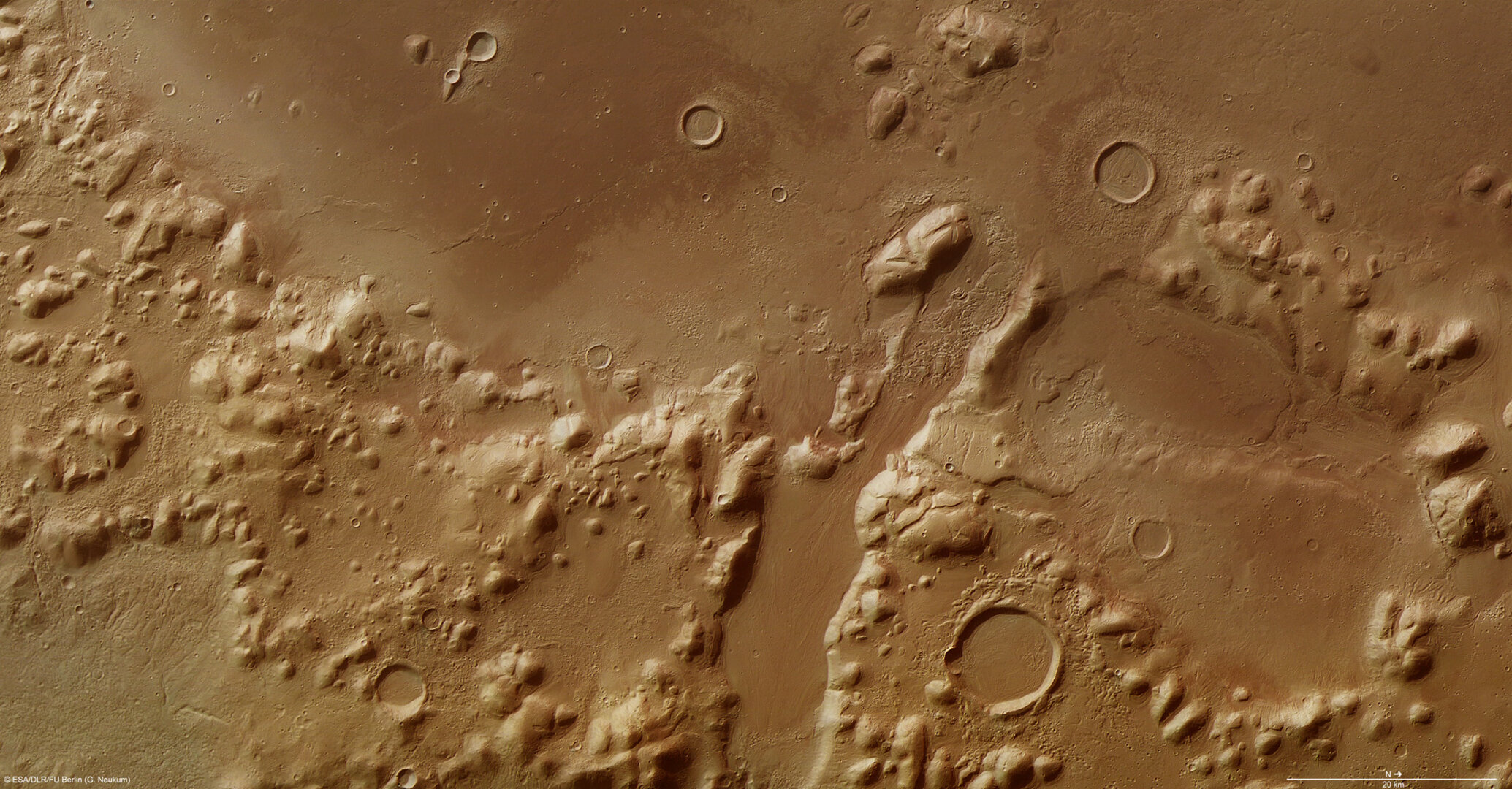 New images from Mars Express show the Phlegra Montes mountain range, in a region where radar probing indicates large volumes of water ice are hiding below. This could be a source of water for future astronauts.

Phlegra Montes is a range of gently curving mountains and ridges on Mars. It extends from the northeastern portion of the Elysium volcanic province to the northern lowlands, spanning latitudes from roughly 30°N to 50°N.

The mountains themselves are probably not volcanic in origin, but have been raised by ancient tectonic forces that squeezed different regions of the surface together.

New images from the high-resolution stereo camera on ESA’s Mars Express orbiter allow a closer inspection and show that almost every mountain is surrounded by ‘lobate debris aprons’ – curved features typically observed around plateaus and mountains at these latitudes.

Previous studies have shown that this material appears to have moved down the mountain slopes over time, and looks similar to the debris found covering glaciers here on Earth.

The suggestion then is that there may be glaciers buried just below the surface in this region.

This interpretation is backed up by the radar on NASA’s Mars Reconnaissance Orbiter looking beneath the martian surface.

The radar shows that lobate debris aprons are indeed strongly associated with the presence of water ice, perhaps only 20 m down.

Further evidence for relatively recent glaciation can be seen inside impact craters in the region. Series of ridges are thought to have developed when the ancient craters filled with snow. Over time, the snow compacted to form glaciers which then sculpted the crater floors.

There are yet more glacial flow patterns visible in the valley at the centre of the image.

It is believed that mid-latitude glaciers developed at various times in the last several hundred million years, when the polar axis of Mars was significantly different from today, leading to quite different climatic conditions.

All of this points to plentiful water ice just below the surface in Phlegra Montes. If this proves to be true, such ice fields could provide future astronauts with a source of water on the Red Planet.