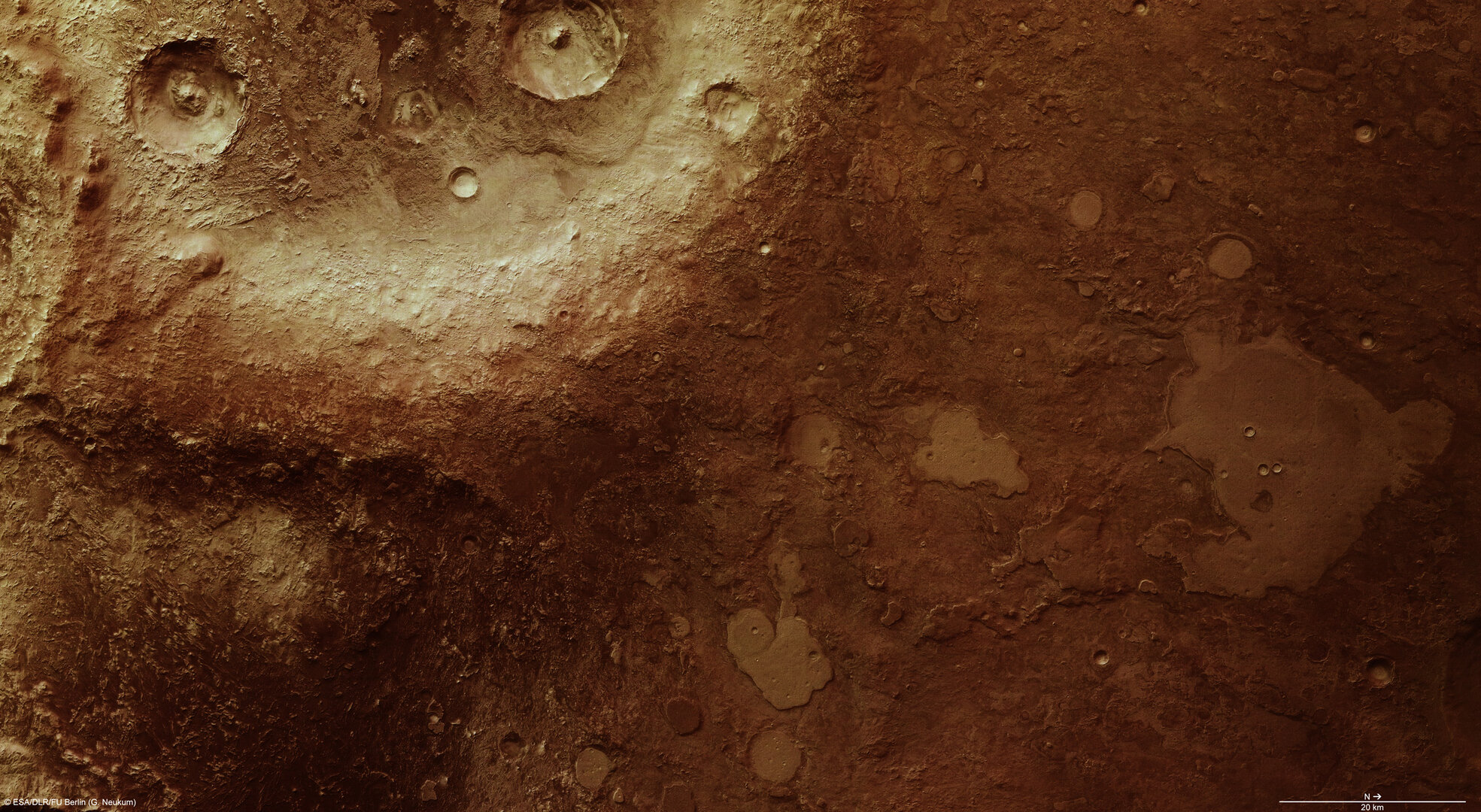 Craters are perhaps the quintessential planetary geological feature. So much so that early planetary geologists expended a lot of effort to understand them. You could say they put craters on a pedestal. This latest image of Mars shows how the Red Planet does it in reality.

Craters are the result of impacts by asteroids, comets and meteorites. In a pedestal crater, the surrounding terrain is covered by pulverised rock thrown out of the crater. This material creates a platform or pedestal around the crater often with steep cliffs, and is usually rich in volatile materials such as water and ice.

Arabia Terra is part of the highlands of Mars, stretching east to west across 4500 km in the northern hemisphere, and named for a feature drawn on Giovanni Schiaparelli’s 19th-century map of Mars.

The whole area is characterised by steep-sided hills, valleys and ancient impact craters that have been extensively resurfaced by old lava flows and modified by profound erosion over millions of years. The eastern areas rise up to 4 km above the low-lying north-western parts. To the north, Arabia Terra drops and blends into the northern lowlands.

Pedestal craters are visible in this new view of a 159 km by 87 km region of eastern Arabia Terra, taken by the High Resolution Stereo Camera on ESA’s Mars Express orbiter.

The large crater to the top centre has a pedestal that looks like a skirt, rising almost up to the crater rim. Mounds and table mountains on the floors of the larger craters show layered deposits that could be the result of volcanic processes, or that may have been deposited by wind or water.

In the north (right), layered deposits appear as smooth plains covering the highlands. These were thought to have formed during the Late Noachian and Early Hesperian eras, about 4 billion years ago.

Later, the deposits experienced heavy erosion by wind and partially by water, leading to the variety of landscapes seen in this region today.