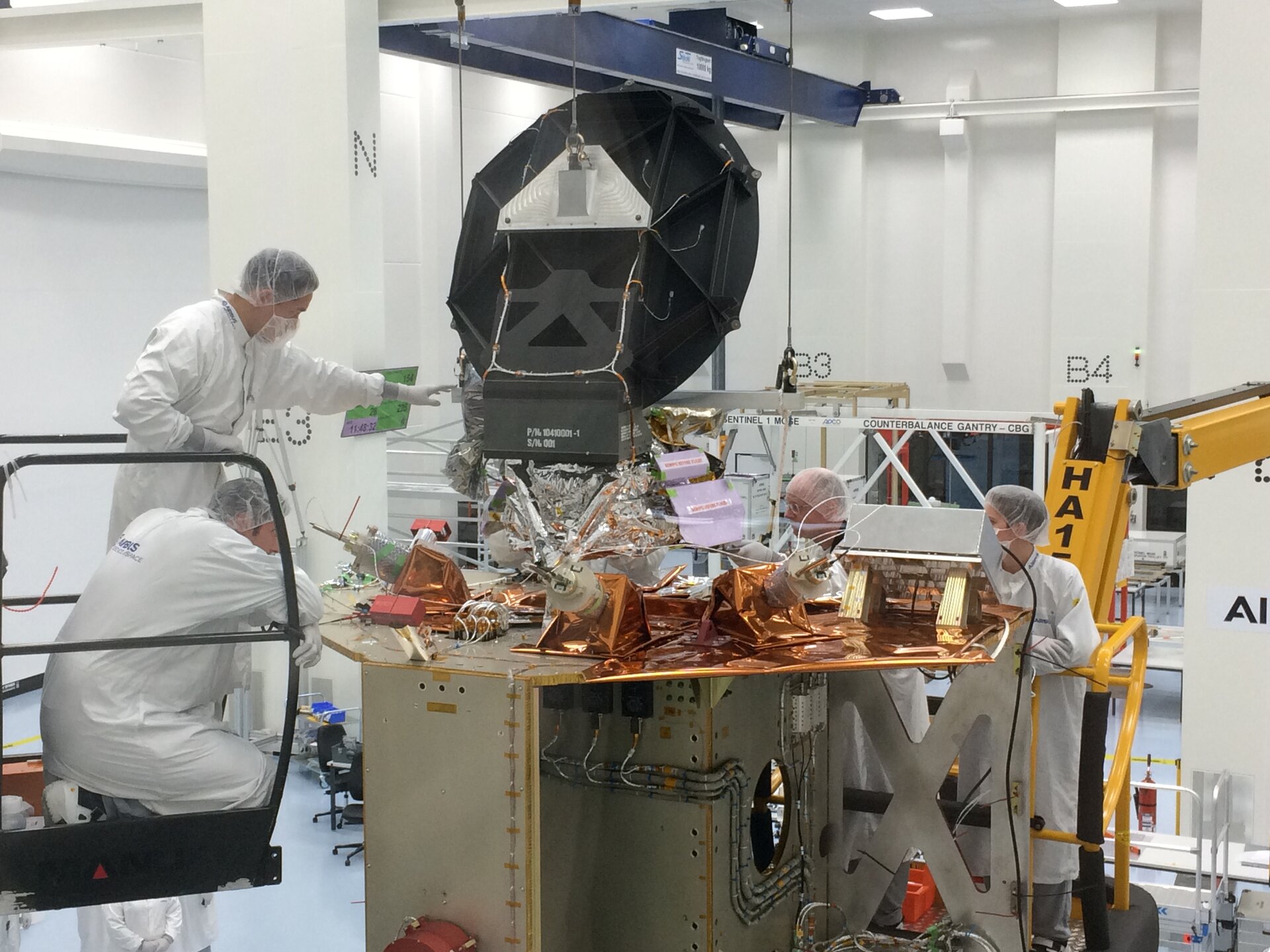 Records show that, on average, global sea level rose by 3.2 mm a year between 1993 and 2018, but hidden within this average is the fact that the rate of rise has been accelerating over the last few years. Taking measurements of the height of the sea surface is essential to monitoring this worrying trend – and the Copernicus Sentinel-6 mission is on the way to being ready to do just this.

The mission will be a constellation of two identical satellites that are launched sequentially.

Over the next decade, the Copernicus Sentinel-6A and then Sentinel-6B satellites will, importantly, take the role as a reference missions, picking up the task of continuing the long-term record of sea-surface height measurements that have so far been supplied by the French–US Topex-Poseidon and Jason missions.

With Copernicus Sentinel-6A scheduled for liftoff at the end of next year, the satellite is currently being equipped with its measuring instruments, which also include an advanced microwave radiometer at Airbus’ facilities in Friedrichshafen in Germany.

The radiometer accounts for the amount of water vapour in atmosphere, which affects the speed of the altimeter’s radar pulses. While it is one of the European Union’s family of Copernicus satellite missions, which all deliver a wealth of information for a number of environmental services, Copernicus Sentinel-6 is also being realised thanks to cooperation between ESA, NASA, NOAA and Eumetsat.

As part of this international cooperation, the Copernicus Sentinel-6 radiometer has been supplied by NASA.

The photos here show the instrument being lowered down onto the satellite and then after the integration process.

Pierrik Vuilleumeir, ESA’s Copernicus Sentinel-6 project manager, added, “We are very happy with progress so far and, in fact, both satellites are being built in parallel.

“We are now looking forward to the next step, which will be to complete the satellite with the altimeter and the precise orbit determination instruments.

The satellite will then be put through testing, which includes simulating the vibrations and temperature during liftoff and also the environment of space for its life in orbit around Earth.”