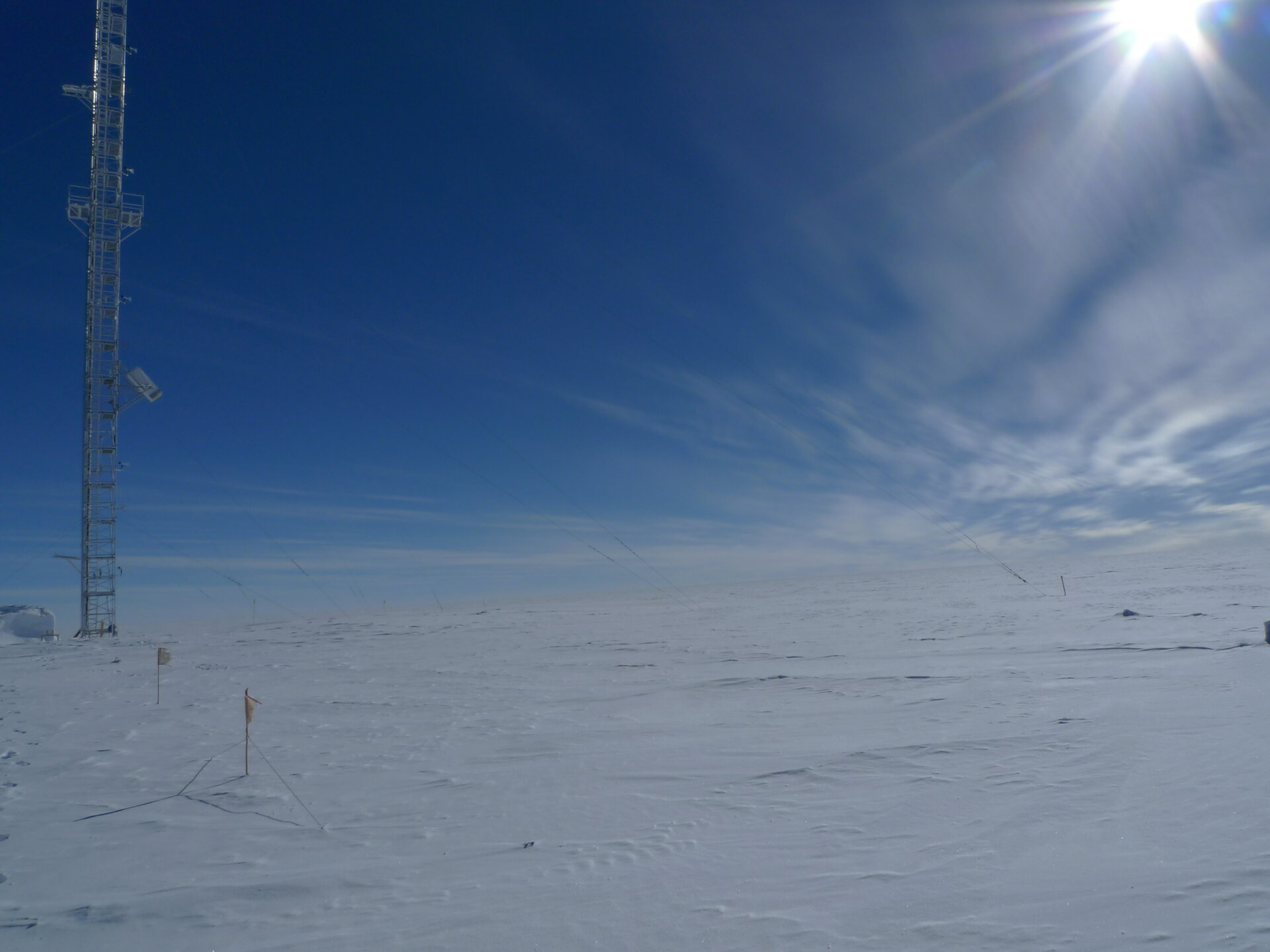 A remarkable ESA campaign in one of the remotest regions on Earth has been fundamental in ensuring that the SMOS mission is delivering reliable data to improve our understanding of Earth’s water cycle.

The two-year campaign set out to answer a simple but important question: do the microwave signals of a particular wavelength emitted from the surface the Antarctic ice shelf towards the SMOS satellite change over time?

For a satellite mission that maps variations in soil moisture and ocean salinity it may seem strange to try an answer this question from the icy reaches of Antarctica.

The SMOS satellite carries an innovative microwave radiometer that operates around 1.4 GHz (L-band) to capture images of ‘brightness temperature’.

These images correspond to microwave radiation emitted from Earth’s surface and can be used to derive detailed information about soil moisture and ocean salinity.

To ensure the mission is delivering accurate data, experiments have to be carried out back on Earth. These involve collecting well-calibrated long time-series of L-band and infrared brightness temperature data on the ground to compare with measurements gathered by SMOS above.

Although challenging for human survival, the campaign site in east Antarctica, called Dome-C, is ideal for these experiments.

Dome-C is notoriously cold with temperatures dropping to a bone-chilling –80ºC, the air is typically very dry, there are very few aerosol particles and the snow and ice cover is flat and uniform.

The Italian–French Concordia station in this region offers an extraordinary natural laboratory, attracting scientists from all over the world to carry out research in astronomy, seismology and atmospherics.

The area has been extensively studied, confirming that the emission of microwave radiation from this region is very stable over time. However, most of the work has focused on wavelengths shorter than 5 cm. Until now, there was very little information about the SMOS wavelength of 21 cm.

To answer this need, Italy’s Institute of Applied Physics (IFAC-CNR) developed a microwave radiometer called Radomex and installed it on a tower near the Concordia base.

In addition, deep snow pits were dug during the summer months and properties of the snow were recorded. During the winter, extreme conditions meant that this was reduced to taking samples only down to 1 m.

Commenting on the results, Giovanni Macelloni from IFAC-CNR said, “After all this hard work and challenges, we were happy to confirm that microwave emission at vertical polarisation is very stable.

“At the same time small fluctuations in the signal were observed at horizontal polarisation and carefully characterised.”

ESA’s Mark Drinkwater added, “When Dome-C was predicted to fulfil the criteria for a stable natural target for SMOS calibration and product validation, it came at the price of designing appropriate instrumentation to weather the extreme conditions.

“The triumph is that IFAC-CNR built a robust instrument. Its operation demonstrates the stability of thermal Antarctic ice-sheet emission at L-band. Meanwhile, these results justify establishing a long-term capability for SMOS performance monitoring.

“The campaign also highlights the potential of the Concordia base as an ideal natural laboratory for calibrating and validating other multiagency Earth observation satellite data.”

Given unique characteristics of the DOME-C site to support SMOS and an array of additional investigations into future satellite missions, ESA is now planning to support a new multiyear campaign starting in December 2012.