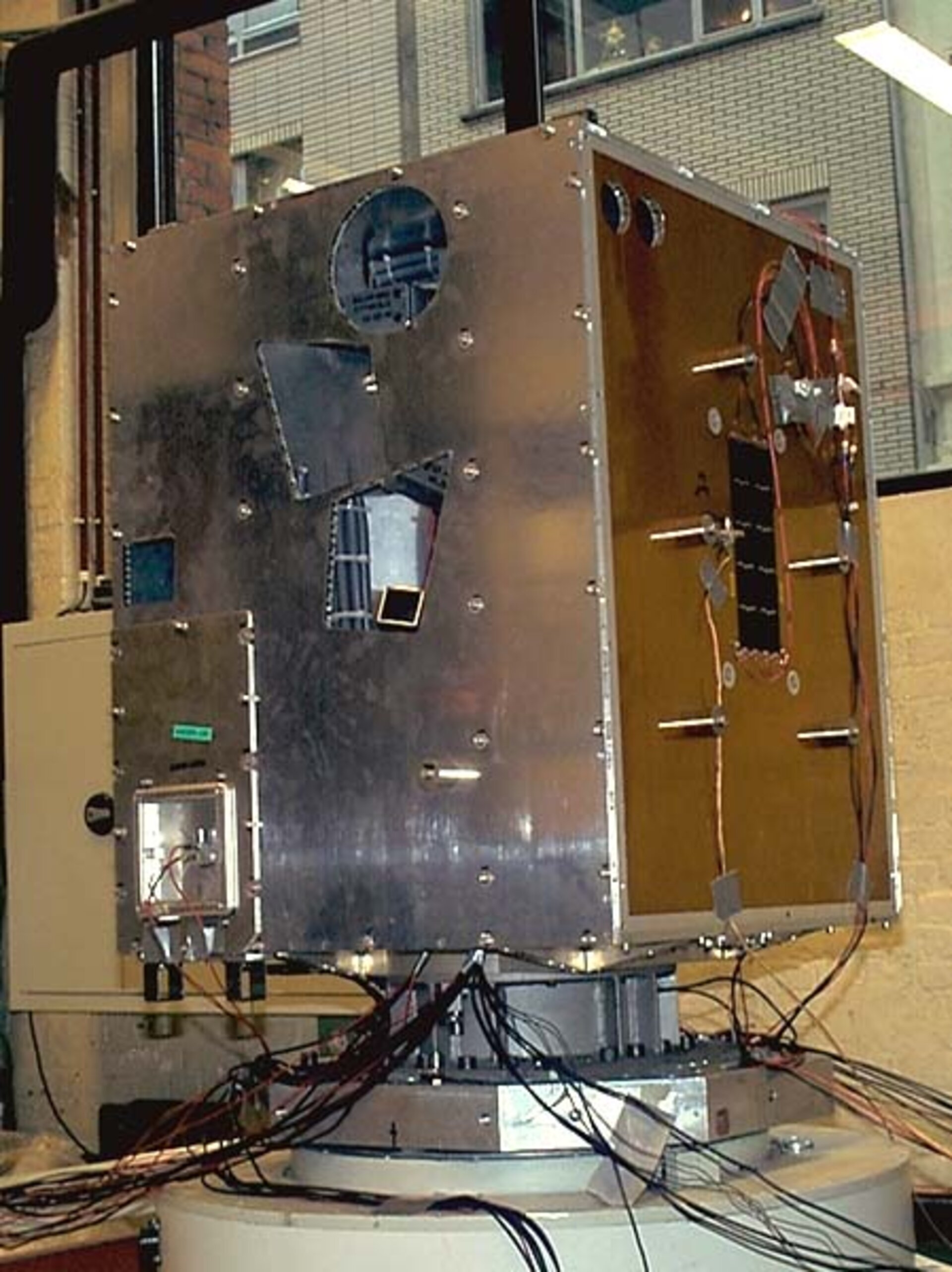 The structural model of ESA's Proba satellite at prime contractor Verhaert Design & Development, Belgium. The 100 kg low-cost Project for On-Board Autonomy (Proba) is planned for launch on the Indian PSLV rocket in July 2000 to validate new spacecraft autonomy and 3-axis control and data system technology as part of the Agency's In-Orbit Technology Demonstration Programme. Proba is ESA's first fully autonomous spacecraft, aimed at reducing the cost of mission operations and including some of the most advanced technology yet flown. [Image Date: 1998] [99.01.003-001]