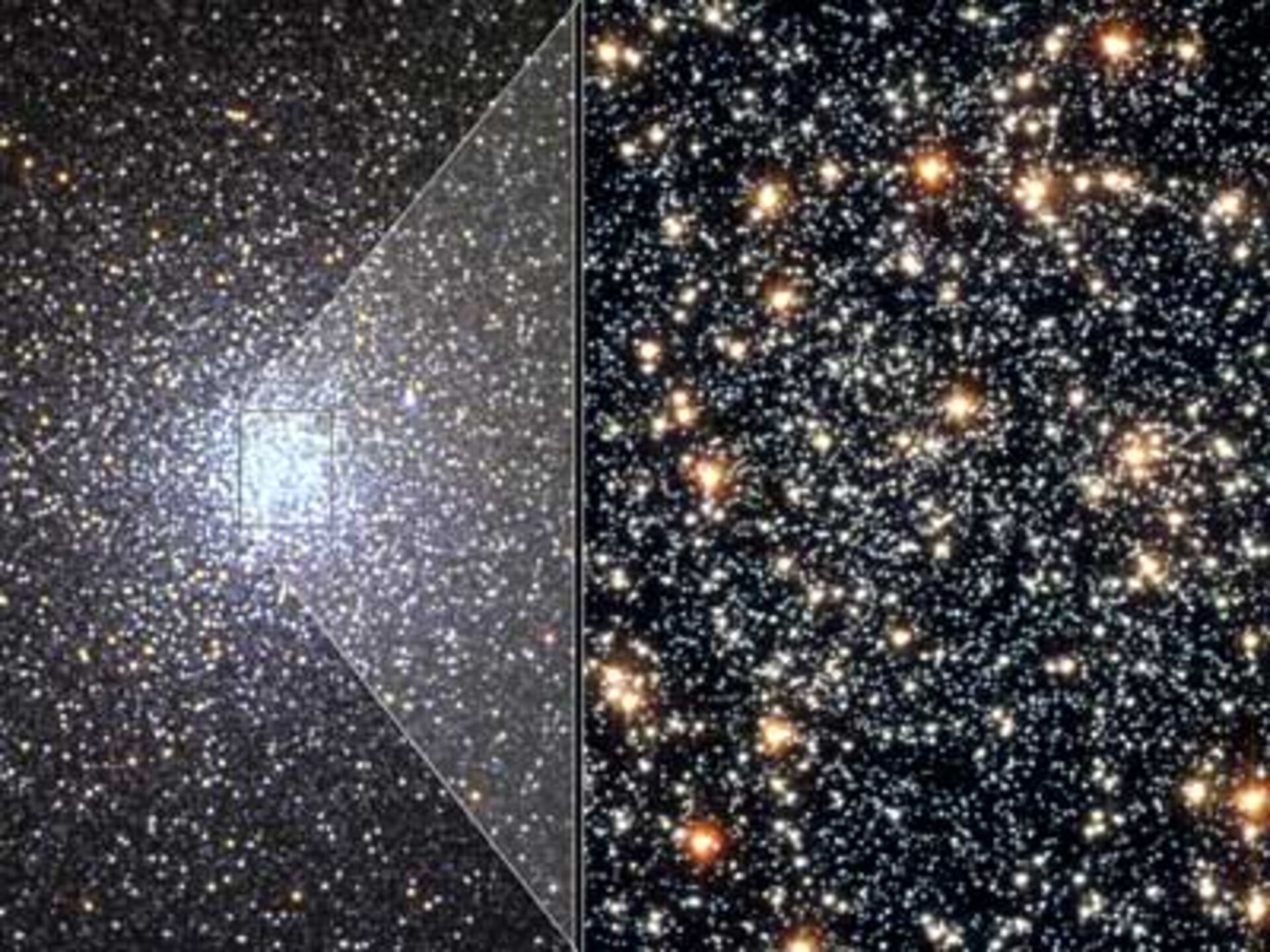 The left part of this photo shows the globular star cluster 47 Tucanae as imaged by the Very Large Telescope, in Chile. It is one of the densest globular clusters in the Southern hemisphere. The cluster contains one million stars.

The right part is a NASA/ESA Hubble Space Telescope colour photo of the core of 47 Tucanae. Multiple photos of this region allowed astronomers to track the 'beehive swarm' motion of stars. Precise velocities were obtained for nearly 15 000 stars in this cluster. This image was taken with Hubble's Advanced Camera for Surveys.