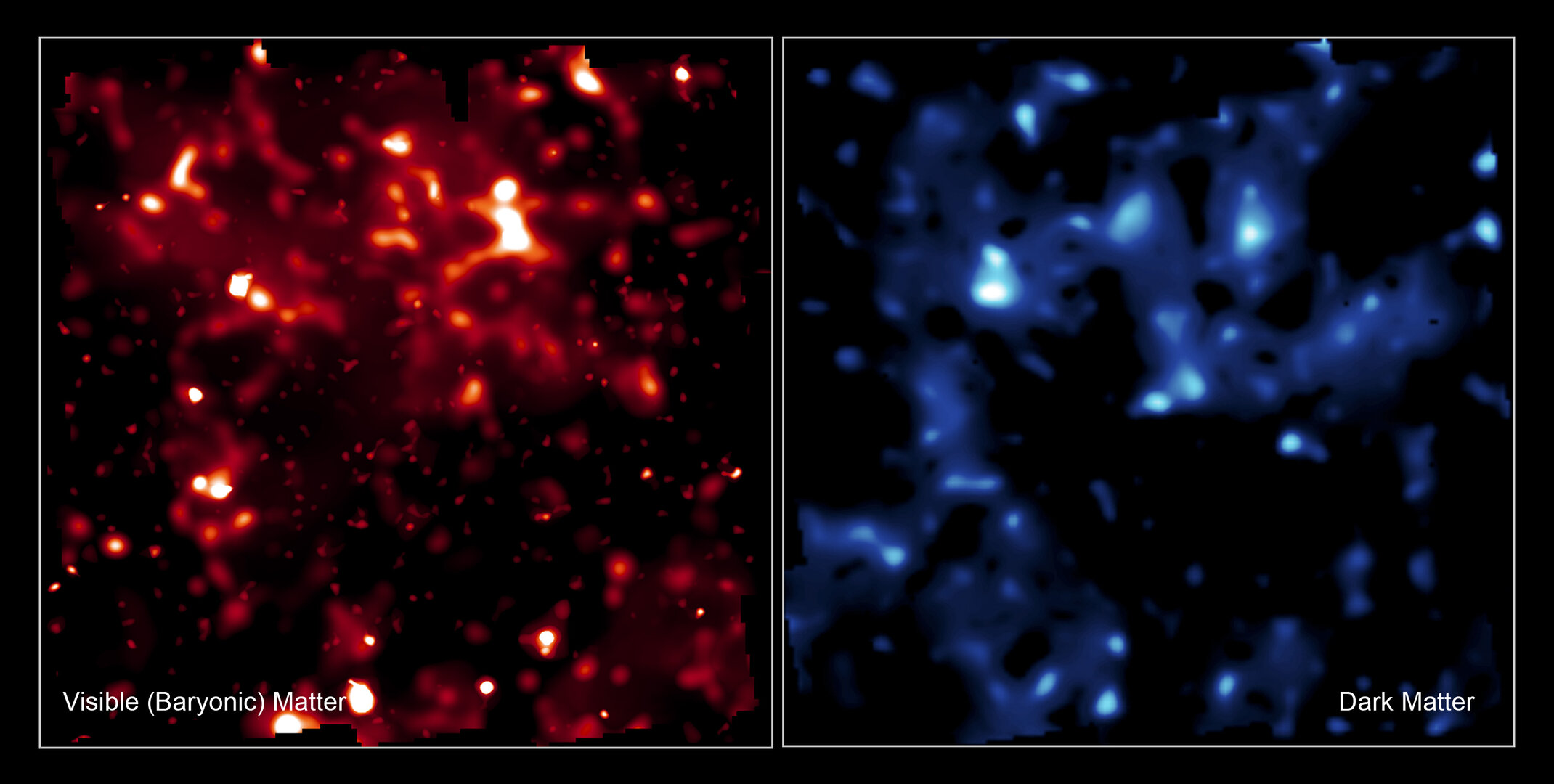 These two false-colour images compare the distribution of normal matter (red, left) with dark matter (blue, right) in the Universe. The brightness of clumps corresponds to the density of mass. The map covers an area of sky nine times the angular diameter of the full Moon, and is the largest sample of the distribution of dark matter ever obtained. It demonstrates how normal matter - including stars, galaxies and gas - is built inside an underlying scaffolding of dark matter.

Dark matter is an invisible form of matter comprising the bulk of the Universe’s mass. Because the dark matter can’t be seen directly, its distribution on the sky is measured via weak gravitational lensing. This is the distortion of light from distant galaxies (rather like the effect of a funhouse mirror), due to the gravitational warping of space by dark matter along our line of sight. The Hubble Space Telescope’s keen ability to measure these distortions allowed this map to be created with fine resolution. Constructing the entire map required the measurement of the shapes of half a million background galaxies.

The map was derived from the Hubble Space Telescope’s largest ever survey of the Universe, the Cosmic Evolution Survey (“COSMOS”), carried out by an international team of 70 astronomers. In making the COSMOS survey, Hubble photographed 575 adjacent and slightly overlapping views of the universe using the Advanced Camera for Surveys' (ACS) Wide Field Camera onboard Hubble. It took nearly 1,000 hours of observations. The distances to the galaxies were determined from their spectral redshifts, using the Subaru telescope in Hawaii. The distribution of additional gas outside galaxies was measured with the European Space Agency’s XMM/Newton telescope.
The separate images can be downloaded here (Normal matter, Dark matter)