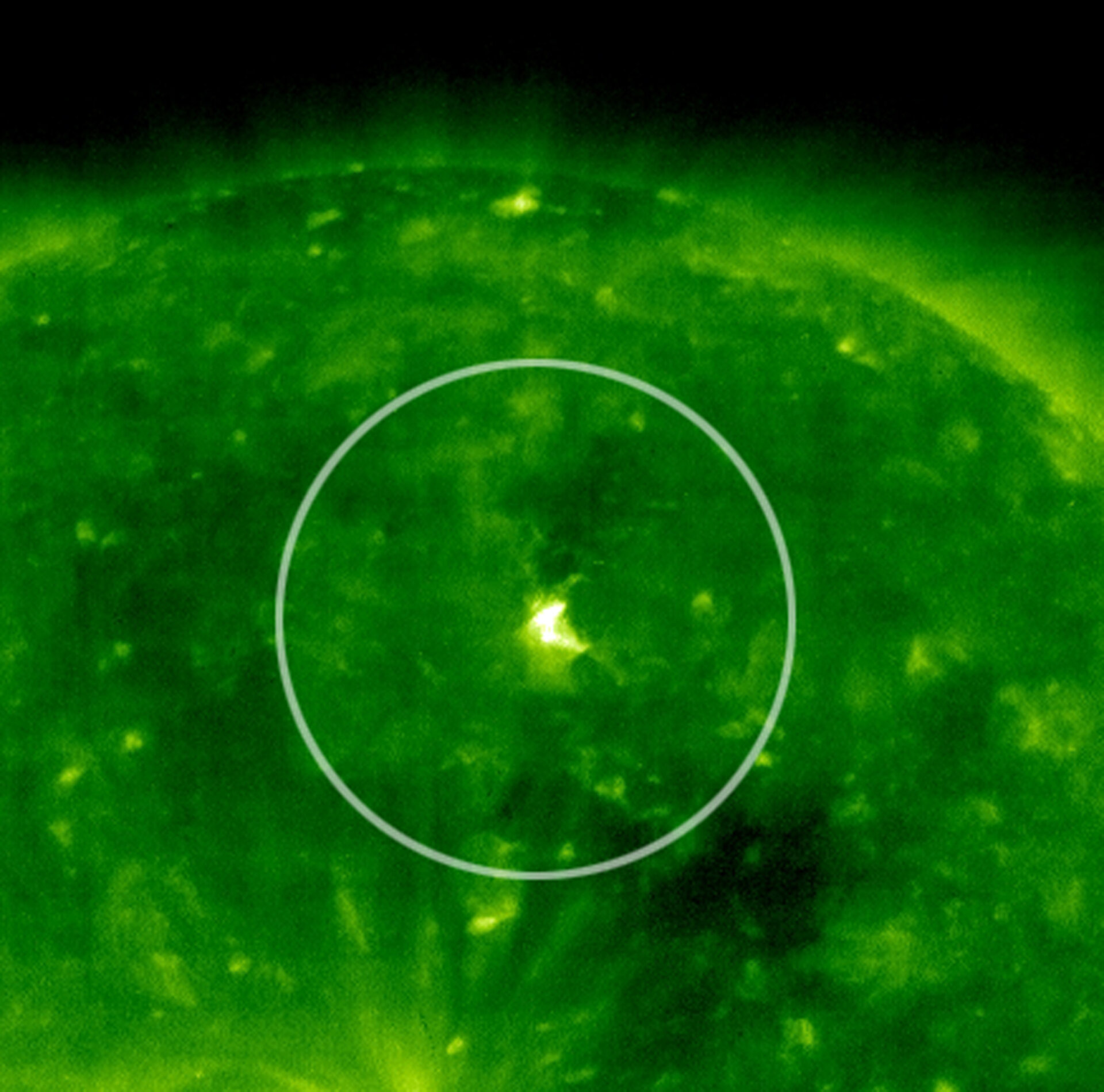 This image obtained by SOHO’s EIT instrument, was taken in extreme ultraviolet light. It shows the area of the solar surface from which two ‘EIT waves’, a kind of solar storm that blasts out from an active region across a portion of the Sun’s surface, were originated on 6 and 7 January 2008. This area is the sunspot whose appearing marked the start of the new solar cycle (‘Cycle 24’) on 4 January 2008.