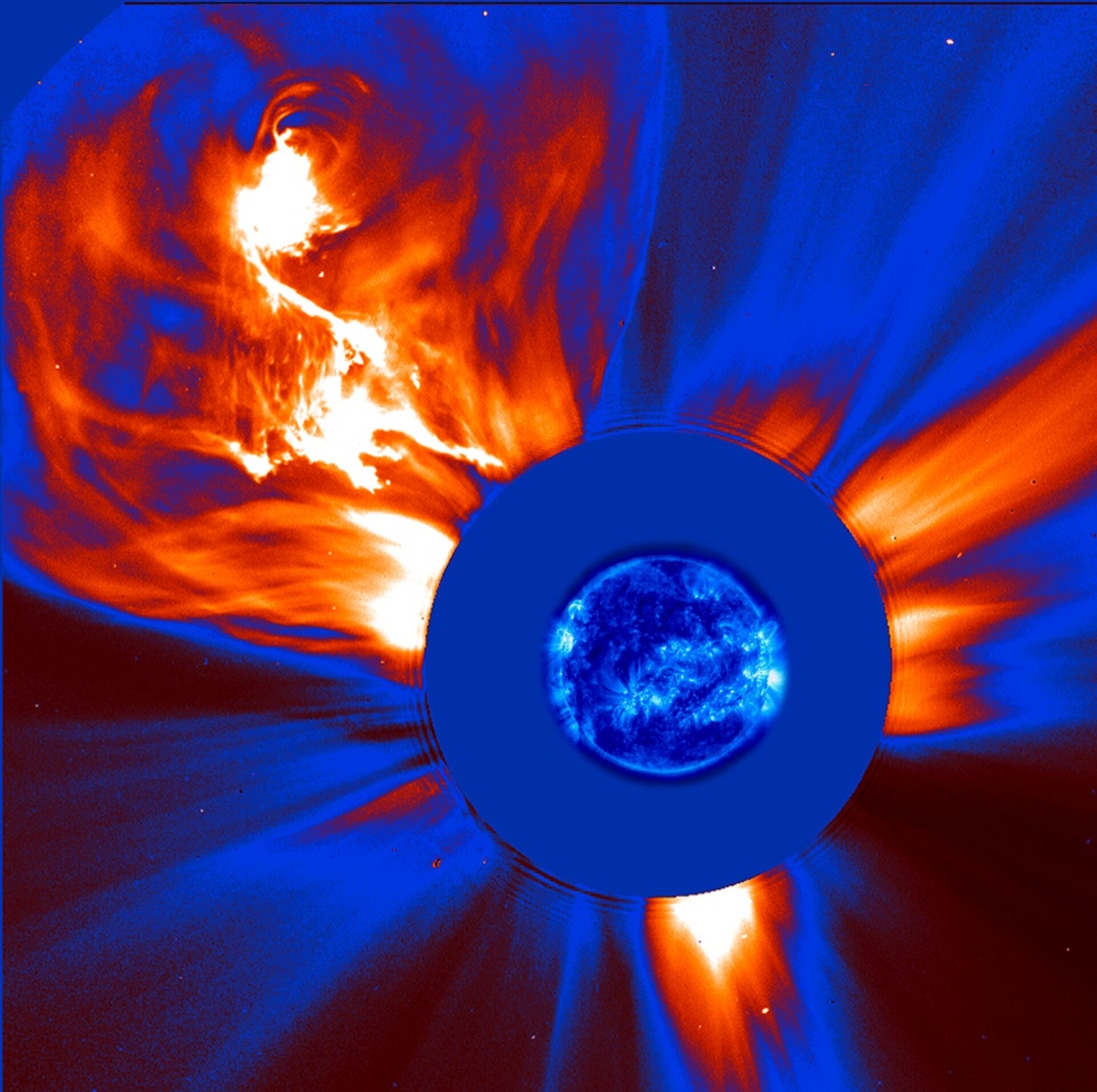 A coronal mass ejection observed by the ESA/NASA SOHO space mission on 4 January 2002 has been coloured to indicate the intensity of the matter being ejected by the Sun. White represents the greatest intensity, red/orange somewhat less, and blue the least.

An extreme-ultraviolet image of the Sun captured by SOHO’s EIT (Extreme ultraviolet Imaging Telescope) instrument is superimposed on the image. The shaded blue disc surrounding the Sun at the centre is a mask in SOHO’s LASCO instrument that blots out direct sunlight to allow study of the details in the Sun’s corona.