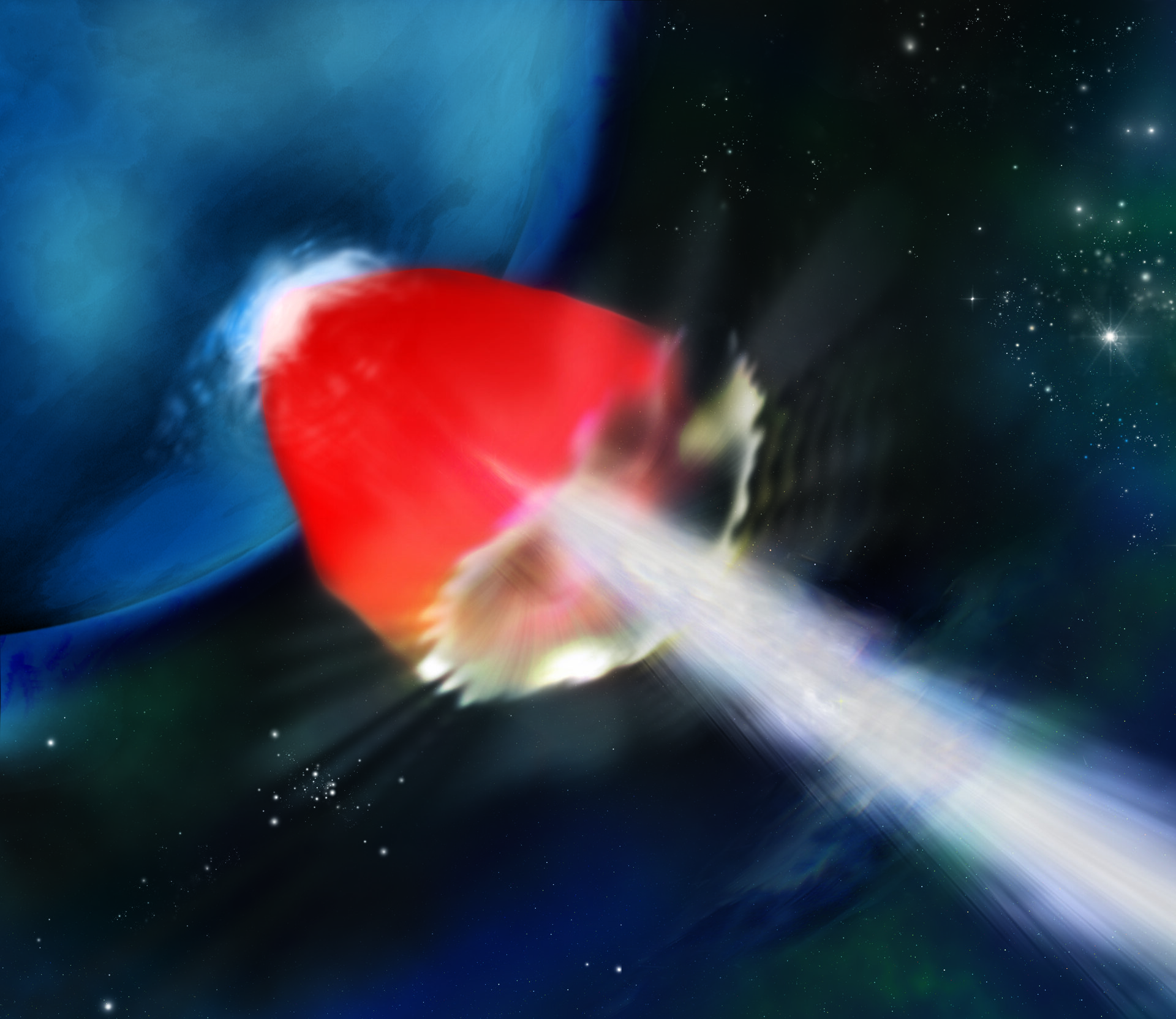 This artist’s impression depicts a region of an exploding blue supergiant. These stars are quite rare in the relatively nearby Universe, but are thought to have been very common in the early Universe, with almost all of the first stars having evolved into them over the course of their short lives.

Astronomers used a number of space- and ground-based observatories, including ESA's XMM-Newton to study the gamma-ray burst GRB130925A – a flash of very energetic radiation streaming from a blue supergiant in a galaxy 5.6 billion light years from Earth. They found evidence that this star contained very little in the way of elements heavier than hydrogen and helium. The same was true for the first stars to form in the Universe, making GRB130925A a remarkable analogue for similar explosions that occurred just a few hundred million years after the Big Bang.

The illustration shows a hot cocoon of gas (shown in red) surrounding a relativistic jet emerging from the blue supergiant.