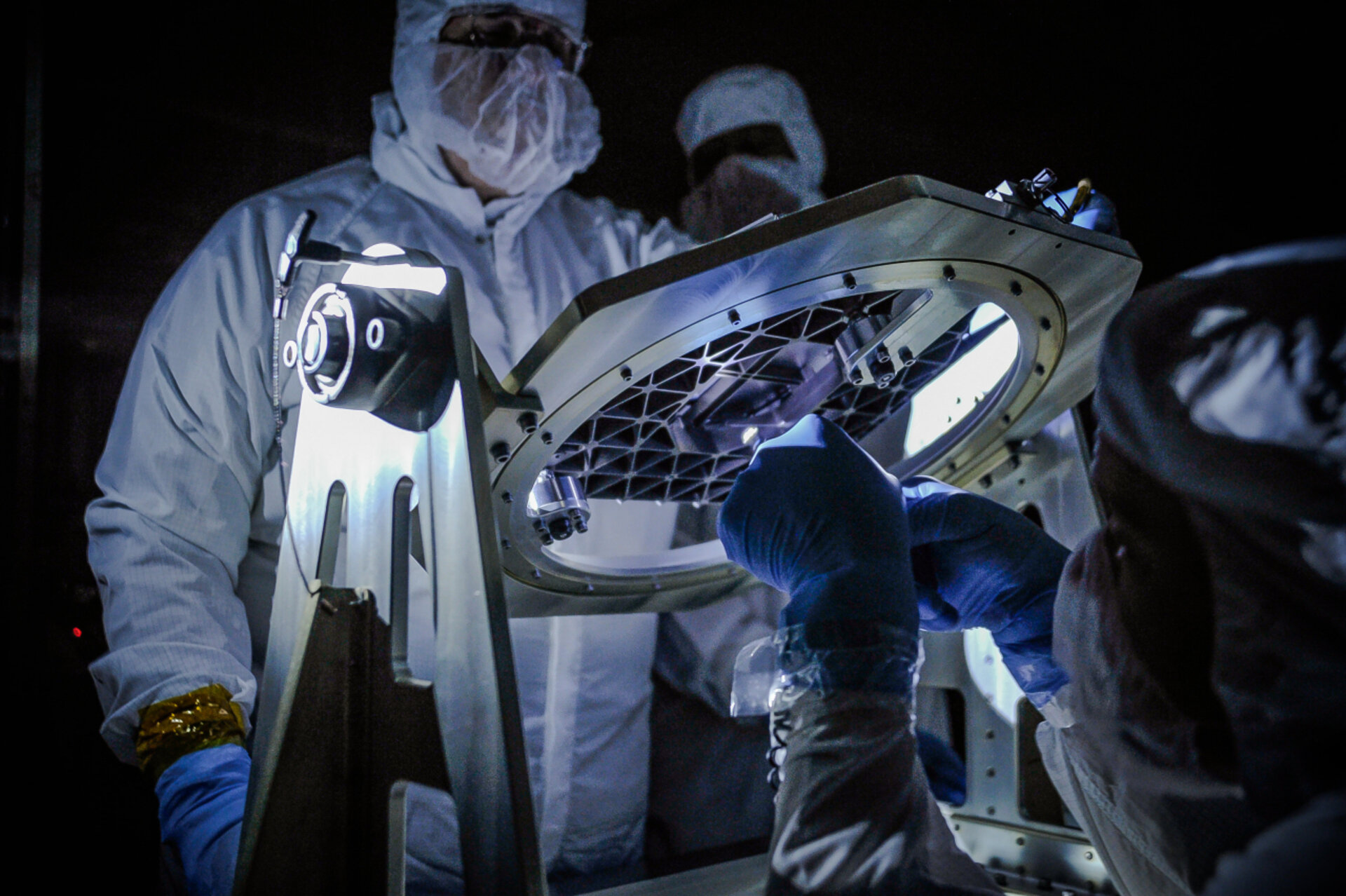 One of the defining, and pioneering, features of the NIRSpec instrument is its ability to record the spectra of many (more than 100) objects at the same time. This is enabled by the use of a micro-shutter array (MSA) consisting of just under a quarter of a million individually controlled micro-shutters. By programming the array to only open those shutters coinciding with pre-selected objects of interest, light from these objects is isolated and directed to the spectroscopic stage of NIRSpec to produce the spectra.

The MSA has been developed at NASA's Goddard Space Flight Center. This photo shows NASA engineers at Goddard inspecting an MSA with a low light test. The inspection light source is held by the technician at the front of the picture. Four array quadrants are located within the octagonal frame in the centre of a titanium mosaic base plate. Each quadrant contains a grid of 365×171 micro-shutters, and each micro-shutter measures approximately 100 µm × 200 µm - the width of a human hair.

NIRSpec is built by European industry to ESA's specifications and managed by the ESA JWST Project at ESTEC, the Netherlands. The prime contractor is Airbus Defence and Space in Ottobrunn, Germany. The NIRSpec detector and micro-shutter array subsystems are provided by NASA's Goddard Space Flight Center.