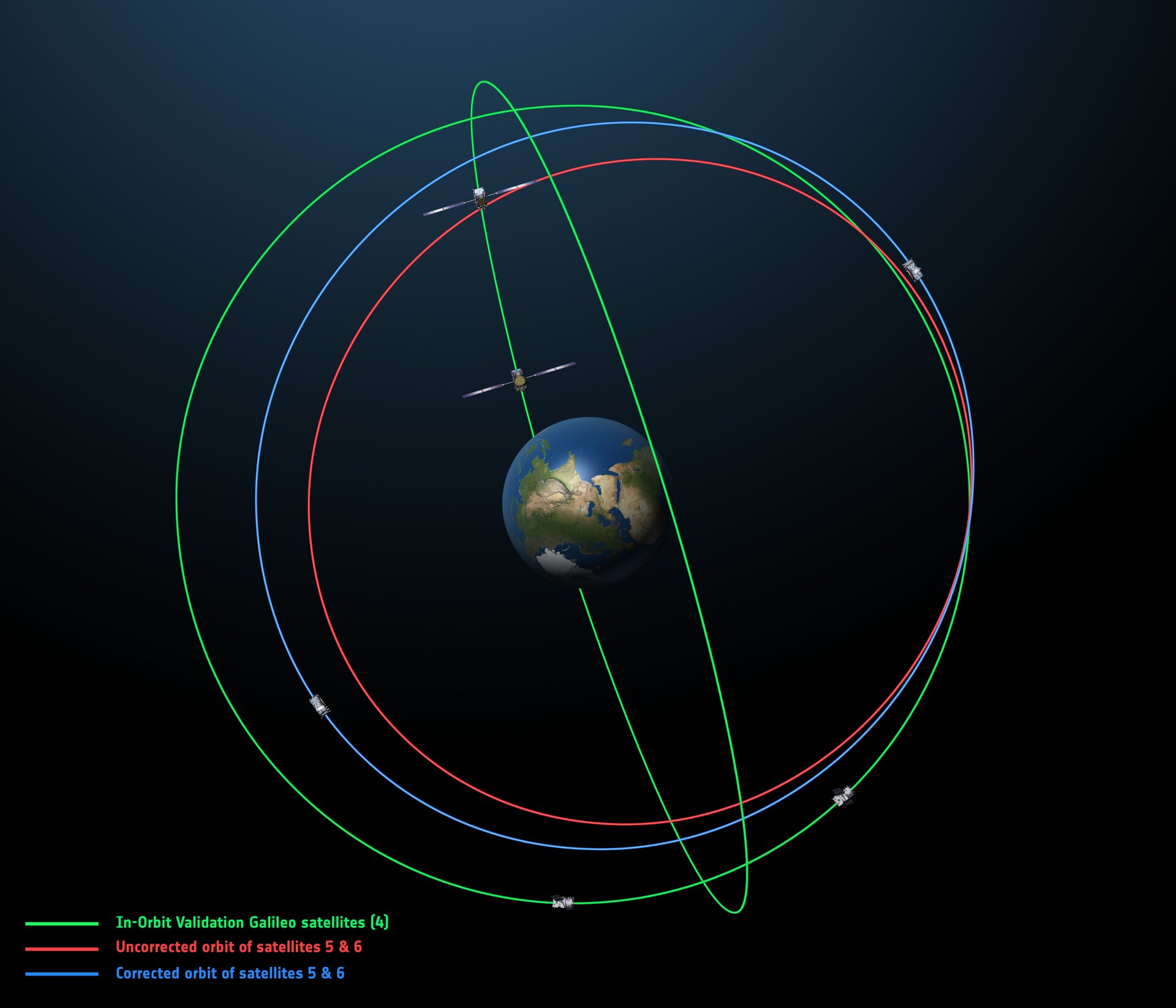 The original (in red) and corrected (in blue) orbits of the fifth and sixth Galileo satellites, along with that of the first four satellites (green). The first four, launched in pairs in 2011 and 2012, were released into circular 23 222 km-altitude orbits in two planes. The fifth and sixth, launched by Soyuz–Fregat on 22 August 2014, ended up in an incorrect orbit because of a problem with the upper stage. This elongated orbit took them up to 25 900 km above Earth and back down to 13 713 km, too low for their navigation payloads to operate throughout. So, during November 2014 and January–February 2015, the satellites respectively underwent a series of manoeuvres to raise the low point of their orbits by 3500 km while also making their orbits more circular. So now their navigation payloads are operable, and undergoing testing, while the European Commission – the Galileo system owner – prepares to decide whether the salvaged satellites will be incorporated into the constellation.