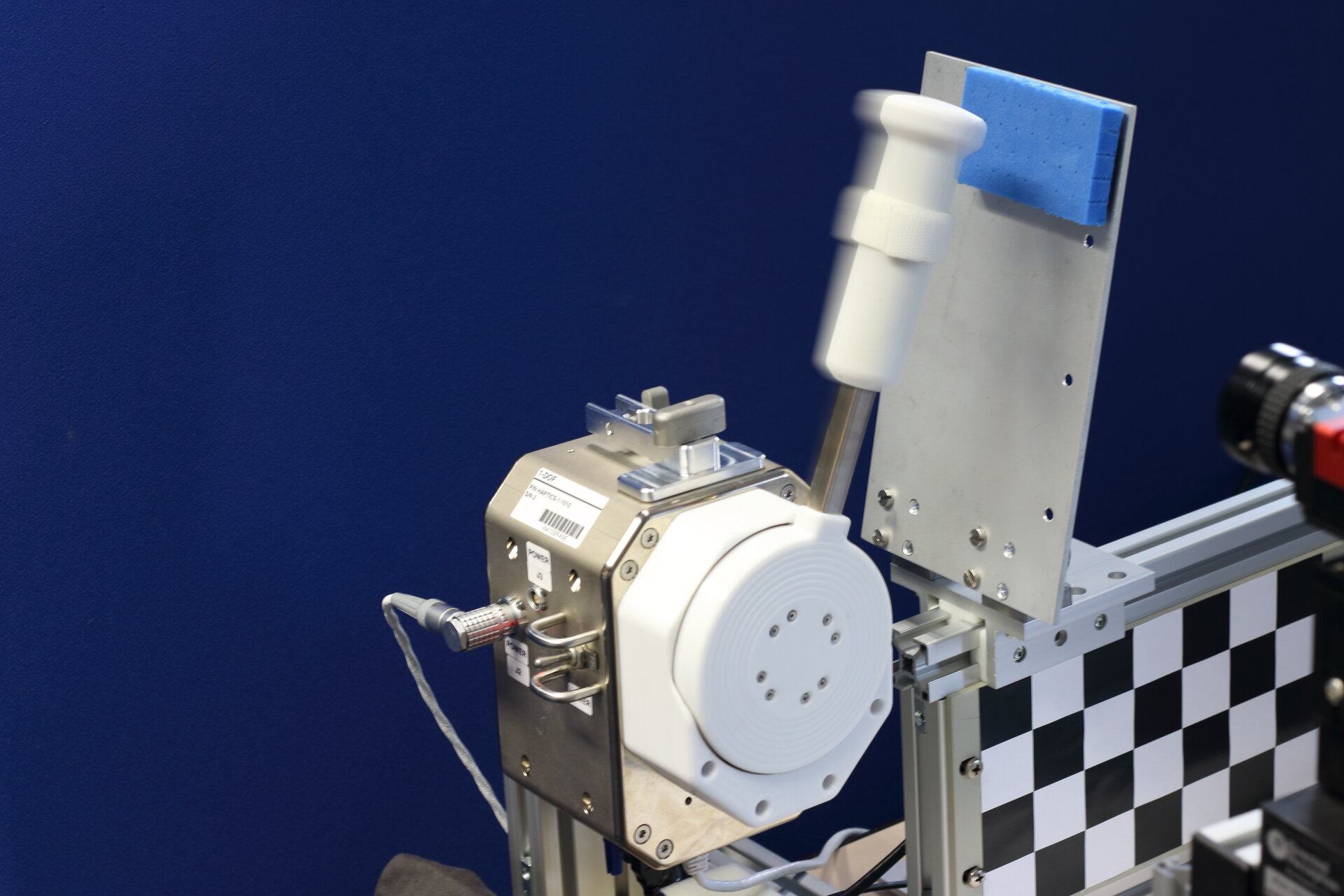 This deceptively modest force-feedback joystick in ESA’s Telerobotics Laboratory is set to become a piece of space history.

On Wednesday evening NASA astronaut Terry Virts will move an identical joystick in Europe’s Columbus module of the International Space Station, and this slaved joystick – sitting in ESA’s ESTEC technical centre in Noordwijk, the Netherlands – will move in exactly the same way.

Next, someone on the ground will grab this joystick and Terry will feel the force and movement up on the Station.

This historic first ‘handshake’ from space is part of the Lab’s Haptics-2 experiment, testing systems to transmit the human sense of touch to (and from) space for advanced robot control.

As a follow-up in the 40-minute orbital session, the terrestrial joystick will be moved against a variety of materials of differing stiffness, to test if its force-feedback is sufficiently sensitive for its human subject to differentiate hard metal from soft foam.

The deceptively simple experiment requires sophisticated control software, not least because the signal between the Station and ESTEC will be relayed via satellites some 36 000 km over the equator, as well as through NASA’s ground system.

So the users on each side will have to contend with a signal lag or ‘latency’ of around 0.8 seconds as each data packet travels from the Station to the satellite, to the ground, to ESTEC and back up to the Station.

The danger is that packet loss and data communication disruption could lead to excessive force, so advanced control software will help to compensate and keep the two sets of equipment safe and in sync.

In addition, the space element includes an augmented reality view of an overlay arrow on the realtime video stream to indicate the direction and degree of force being used on ground.

One day, astronauts orbiting Mars might use evolved versions to control rovers on the ground to perform human-like tasks on the surface – without being there. Speeding along in orbit means the degree of latency will constantly shift, too, so ESA’s telerobotics team have designed a system to compensate as needed.

Tests using this direct but changing view between controller and target will be carried out later this year.

(For information on the 03 June 2015 experiment results, see this link.)