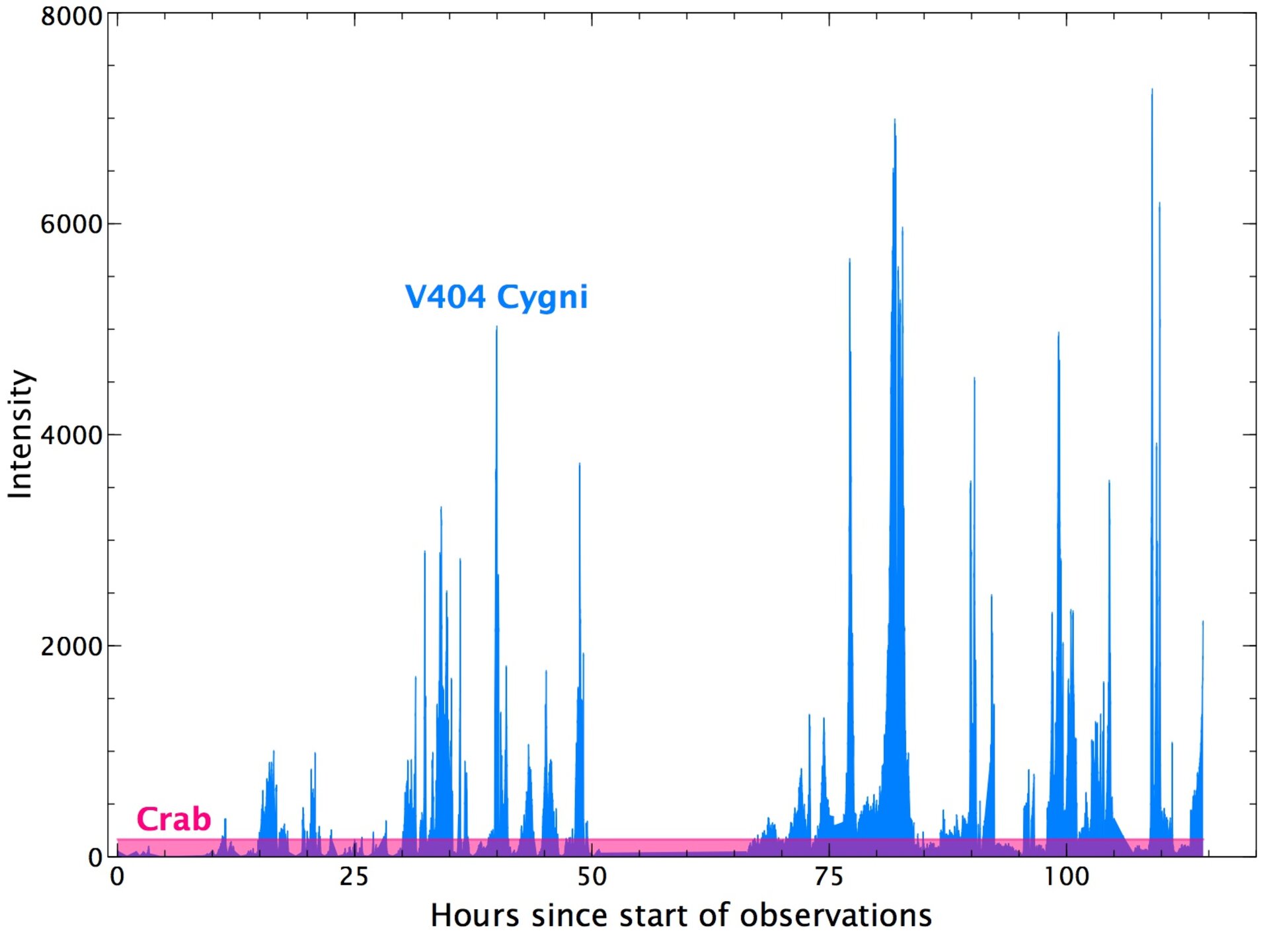 This graph shows variation in the X-ray luminosity of the black-hole binary system V404 Cygni, as observed with the IBIS/ISGRI instrument on ESA's Integral gamma-ray observatory at energies between 20 and 40 keV. This system, comprising a black hole and a star orbiting one another, is located in our Milky Way galaxy, almost 8000 light-years away in the constellation Cygnus, the Swan.

On 15 June 2015, V404 Cygni started showing signs of extraordinary activity, something that had not happened since 1989. The renewed activity is likely caused by material slowly piling up in the disc, until eventually reaching a tipping point that dramatically changes the black hole's feeding routine for a short period.

Integral has been observing V404 Cygni continuously since 17 June 2015 at 21:29 UTC, except for some short periods when it was not possible for operational reasons. One of these periods, visible at the centre of this graph, corresponds to the satellite passing the closest point to Earth in its orbit, or perigee.

The data show repeated bright flashes of light on time scales shorter than an hour, something rarely seen in other black hole systems. On these occasions, V404 Cygni becomes the brightest object in the X-ray sky, up to fifty times brighter than the Crab Nebula, which is normally one of the brightest sources in the high-energy sky. The luminosity of the Crab Nebula is indicated in the graph for reference.