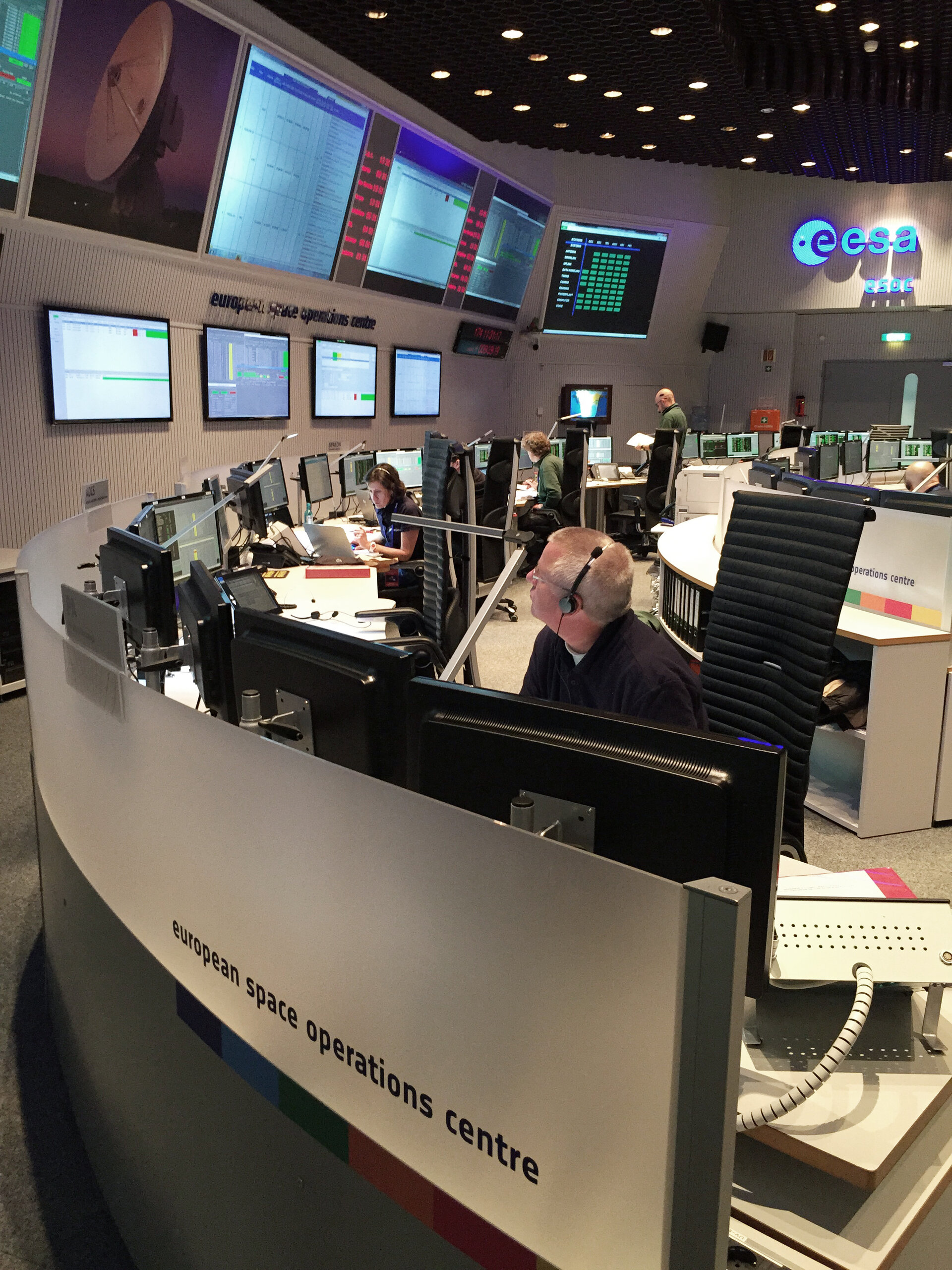 Just a few minutes after separation from its Vega launcher on 23 June, the Sentinel-2A satellite automatically activated its solar array and transmitter, oriented itself into an Earth-pointing mode, and started transmitting 'telemetry' – onboard status signals – to the ground.

Receipt of these first crucial data from the new mission marked the start of an intensive phase in the Main Control Room at ESOC, ESA's operations centre, Darmstadt, Germany.

For the next several days, an extended team of spacecraft engineers, systems specialists, flight dynamics experts and ground station technicians will shepherd Sentinel-2A through 'LEOP' – the launch and early orbit phase.

They will work around the clock to activate crucial systems and ensure the spacecraft’s health in the extreme environment of space. For Sentinel-2A, these will include release of the payload shutter lock, first transition to the nominal mode of operations and the first orbital manoeuvre – a burn using the spacecraft's thrusters – that is planned around 51 hours into the mission.

LEOP is also the first time that the mission operations team gets to work with the satellite in the real environment of space; despite the best preparations, unforeseen problems and challenges often arise that must be solved in real time by teams working and thinking on their feet.

As Europe's centre of excellence for satellite operation, ESOC is home to the engineering teams that control spacecraft in orbit, manage our global tracking station network, and design and build the systems on the ground that support missions in space. Since 1967, over 100 satellites belonging to ESA and its partners have been successfully flown from Darmstadt, Germany.