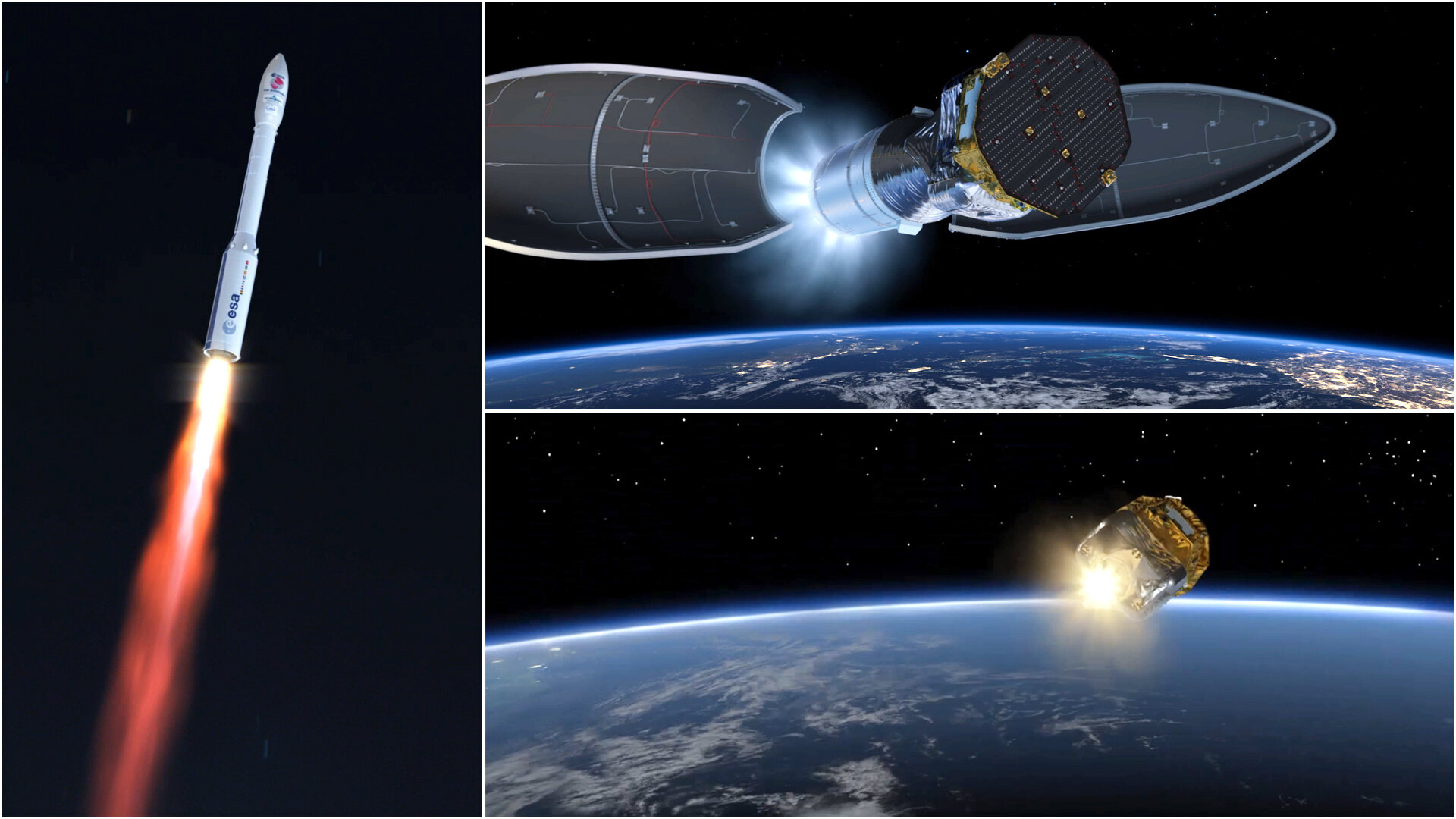 Scheduled for launch in late 2015, ESA’s LISA Pathfinder will test key technologies for space-based observation of gravitational waves – ripples in the fabric of spacetime that are predicted by Albert Einstein’s general theory of relativity. Produced by massive accelerating bodies, these perturbations are expected to be abundant across the Universe, but they are yet to be detected directly.

Although not aiming at detecting gravitational waves, LISA Pathfinder will test the approach that could be used for this daunting endeavour. In particular, the goal is to achieve the best free-fall ever, reducing all the non-gravitational forces acting on two test masses and controlling any residual effect with unprecedented accuracy.

LISA Pathfinder will operate from a special location in the Sun–Earth system: the Lagrange point L1, 1.5 million km from Earth towards the Sun. After launch, it will take the spacecraft about eight weeks to cruise towards its operational orbit around L1.

First, it will lift off on a Vega rocket from Europe’s Spaceport in French Guiana, as shown in the left frame of this illustrated sequence. The Vega rocket, which is specially designed to take small payloads into low Earth orbit, will place LISA Pathfinder into an elliptical orbit.

The upper right frame shows the spacecraft riding the final stage of the Vega rocket, while the fairing is being released.

After the final stage of the Vega rocket is jettisoned, LISA Pathfinder will continue on its own, as shown in the lower right frame of the sequence. During this phase, the spacecraft will use its separable propulsion module to perform six manoeuvres, gradually raising the apogee of the initial orbit.