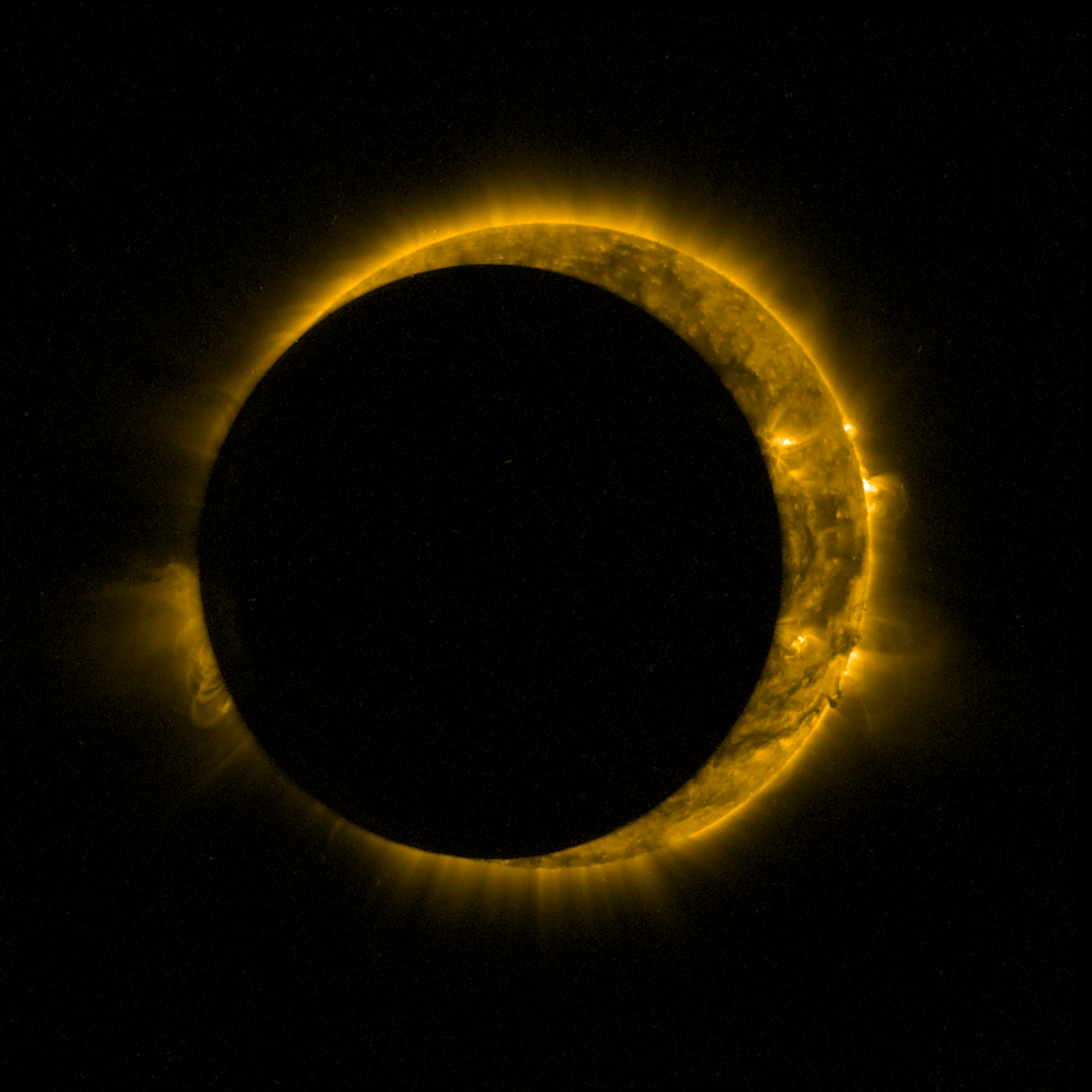 During a total solar eclipse, the Moon moves in front of the Sun as seen from Earth, their alignment and separation such that the Moon, situated much closer to Earth, appears large enough to block out the light from the much more distant Sun.

But, like yesterday, sometimes the alignment is such that the Moon only partially covers the Sun’s disc.

Meanwhile, ESA’s Proba-2 orbits Earth about 14.5 times per day, dipping in and out of the Moon’s shadow around the time of a solar eclipse. The constant change in viewing angle of Proba-2 meant that the satellite passed through the shadow three times during the eclipse yesterday.

One of these partial eclipses is presented here – it was captured at 06:32 GMT on 13 September – but all three, along with a fourth passage of the Moon close to the edge of the Sun, can be seen in this movie.

The image was taken with Proba-2’s SWAP imager, which views the solar disc at extreme ultraviolet wavelengths to capture the turbulent surface of the Sun and its swirling corona – a glimpse of which can be seen in the background.