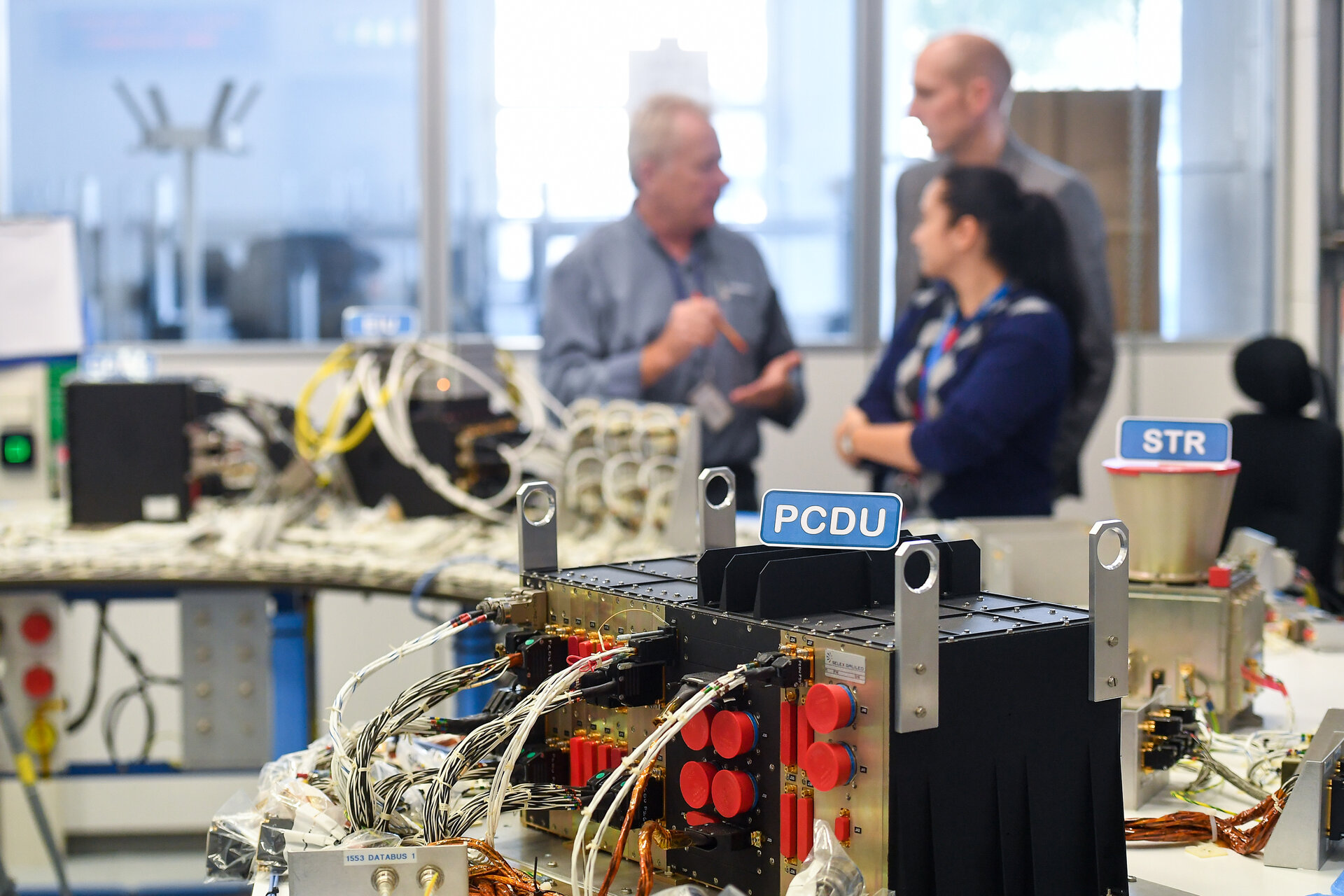 ESA’s Gaia observatory was launched in December 2013, and is now surveying our Milky Way, creating creating the most accurate-ever map of the stars in our home galaxy and helping to answer questions about its origin and evolution.

The spacecraft is operated by teams at ESA’s mission control in Darmstadt, Germany, who send commands, download data and status information and ensure the health and functioning of this marvellous explorer. They also plan and conduct the routine manoeuvres needed to keep it in its orbital position, 1.5 million km from Earth.

In this picture, operations engineers can be seen working around part of the Gaia Avionics Model.

Avionics are the devices, hardware and software on a spacecraft that enable it to be controlled from the ground, include propulsion, attitude control, communication, computers and navigation.

“It is used for high-fidelity simulations allowing our team to test procedures and software on the ground before they are executed on the real thing, 1.5 million km away.

“It is was recently used to test an automatic micropropulsion recovery process, now successfully used in flight.”