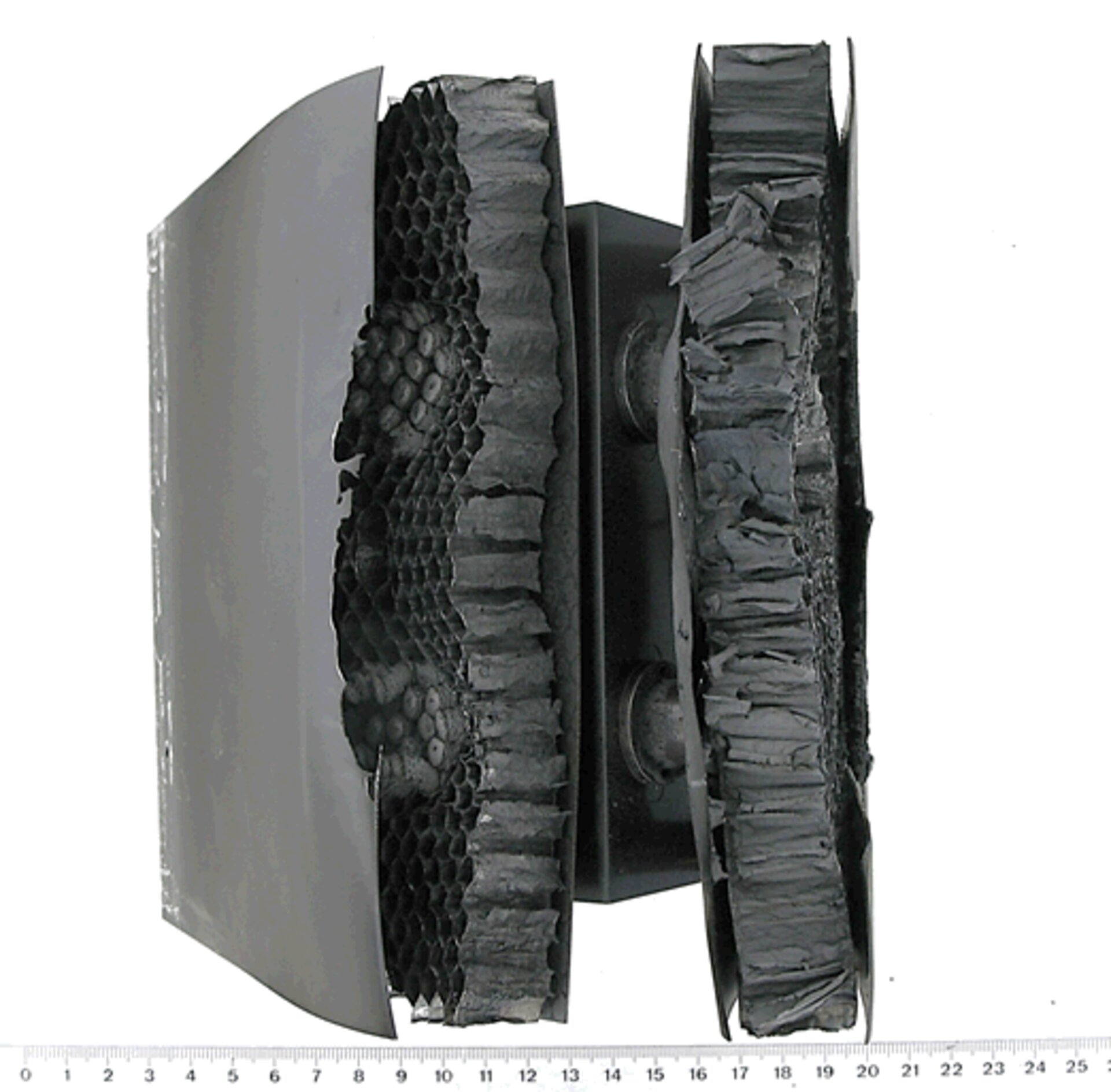 Ideally, no parts of a reentering satellite would survive their fiery return through the atmosphere, so testing is being used to understand how satellites break apart as they fall.

ESA subjected samples of typical satellite structures  – such as the one shown, with a structural joint between two aluminium sandwich panels – to conditions equivalent to atmospheric reentry.

The testing made use of the Plasma Wind Tunnel of the DLR German Aerospace Center in Cologne and the Reentry Chamber of Austria’s AAC company in Wiener Neustadt to produce the hypersonic winds and high heat flux required.

“The objective was to understand the failure modes of the current structural joining technologies used on satellites,” comments ESA materials researcher Benoit Bonvoisin.

In future, the aim is to design satellites to disintegrate during reentry, known as ‘design for demise’ or D4D.

Engineer Tiago Soares is working on D4D as part of ESA’s Clean Space initiative, reducing the environmental impacts of the space sector on both Earth and in orbit: “The next step is to develop and test promising new technologies to ensure better fragmentation during reentry.”