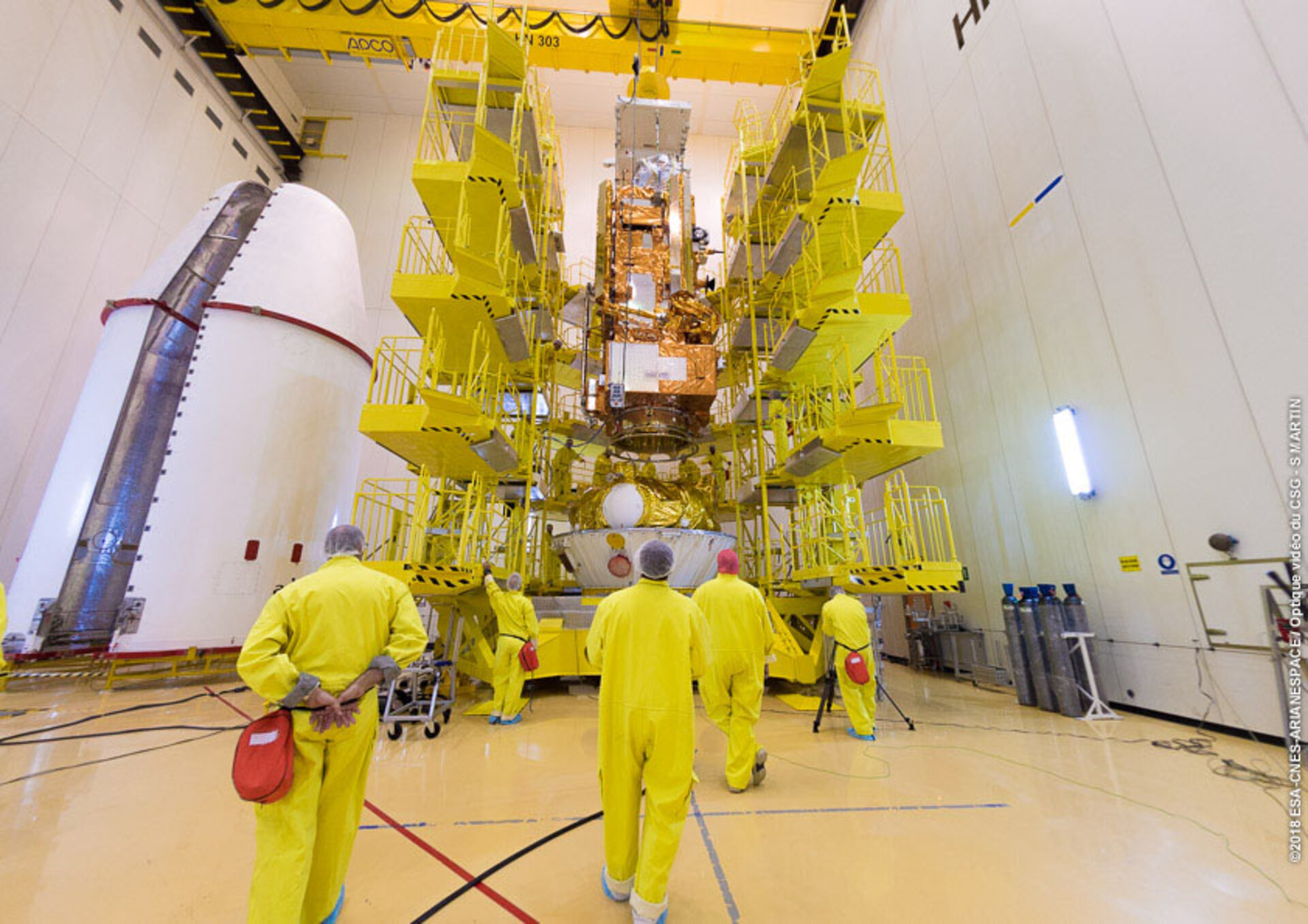 MetOp-C in the cleanroom at Europe’s Spaceport in Kourou, French Guiana before being encapsulated in the Soyuz rocket fairing, which can be seen on the left. MetOp-C is the last in the current series of MetOp satellites, following on from MetOp-A and MetOp-B, which were launched in 2006 and 2012, respectively. Launching the satellites sequentially ensures continuous observations of a host of atmospheric variables such as temperature, humidity, trace gases, ozone, and wind speed over the ocean. These data are used mainly for numerical weather prediction – the basis for weather forecasting. The satellites have all been developed by ESA under a cooperation agreement for the space segment of the Eumetsat Polar System. This system is Europe’s contribution to a multi-satellite system shared with the US NOAA agency.