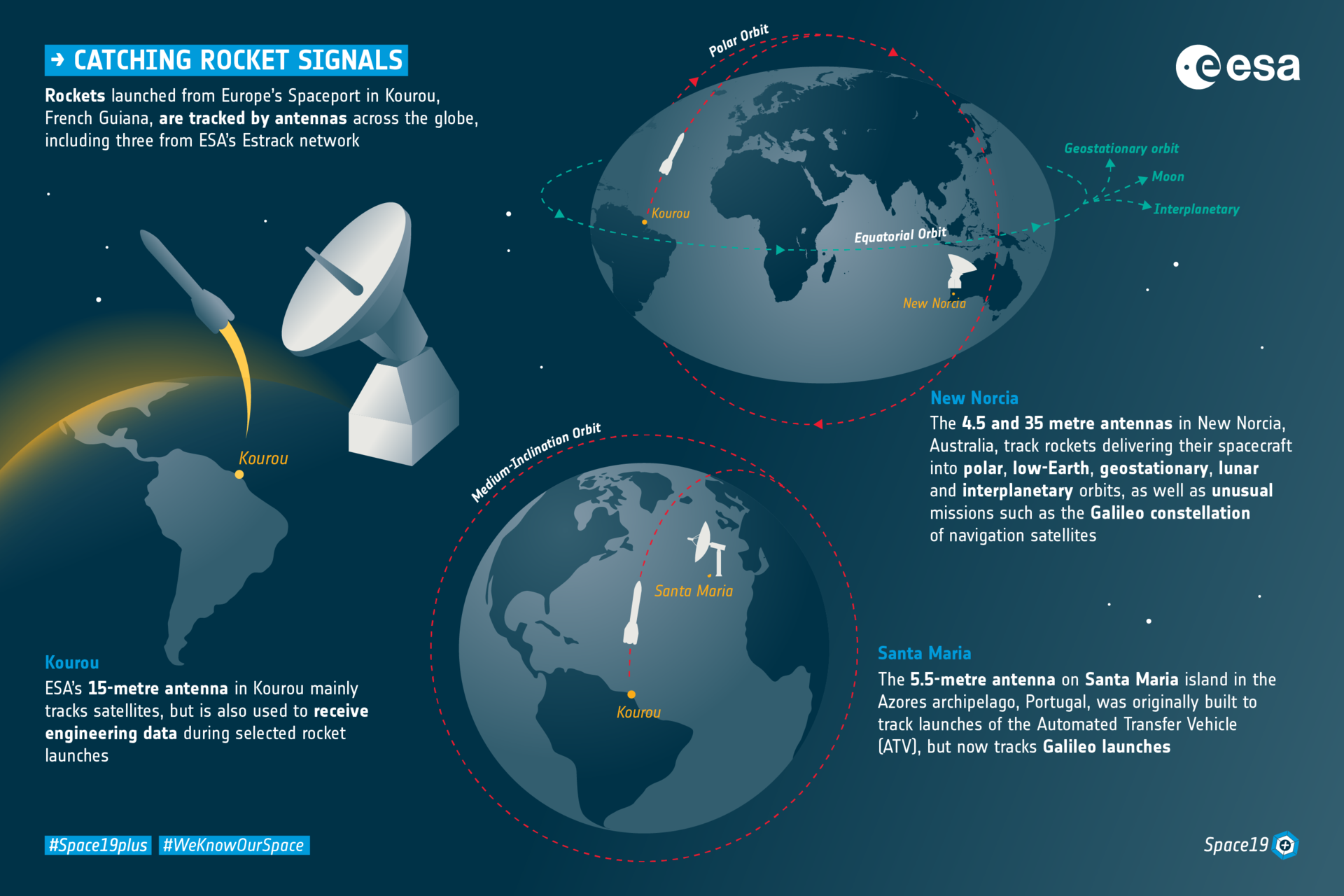 Rockets launched from Europe’s Spaceport in Kourou, French Guiana, are tracked by antennas across the globe, including three from ESA’s Estrack network.

The 4.5 and 35 metre antennas in New Norcia, Australia, track rockets delivering their spacecraft into polar, low-Earth, geostationary, lunar and interplanetary orbits, as well as unusual missions such as the Galileo constellation of navigation satellites.

The 5.5-metre antenna on Santa Maria island in the Azores archipelago, Portugal, was originally built to track launches of the Automated Transfer Vehicle (ATV), but now tracks Galileo launches.