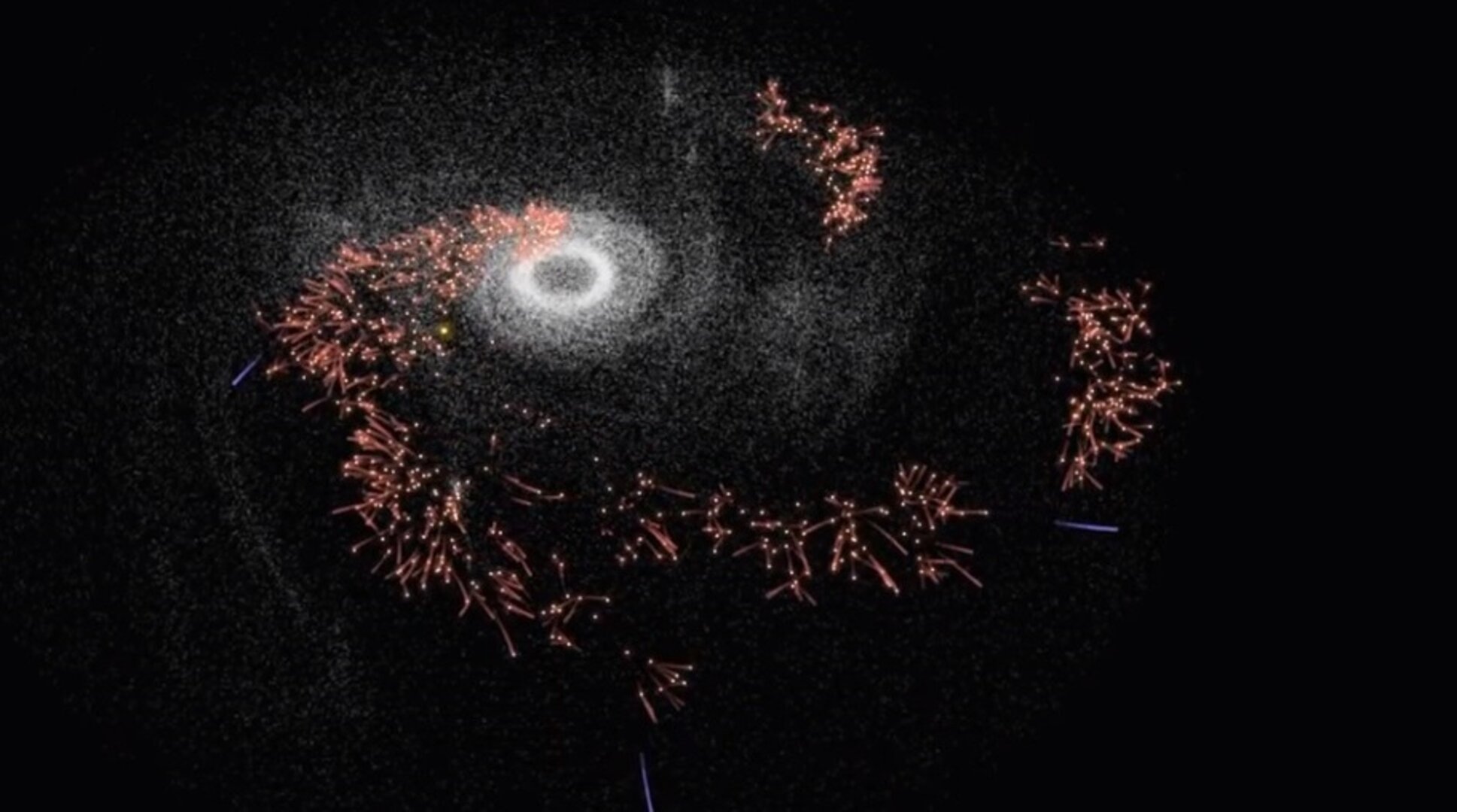 What looks like a still of an exploding firework is actually taken from an ESA simulation of humankind’s expansion across the stars, produced for an international competition. Each dot is a habitable star system, with the coloured stripes representing interstellar expeditions between them.

ESA’s Advanced Concepts Team think tank came third in the latest Global Trajectory Optimization Competition – known as the ‘America’s Cup of Rocket Science’. Instead of navigating the high seas, it challenges the world’s best aerospace engineers and mathematicians to direct spacecraft through space as part of an incredibly complex problem.

This year’s challenge, set by NASA’s Jet Propulsion Laboratory as the previous winner, looked forward to a distant future when humankind has the capability and will to settle our entire Milky Way galaxy. Teams were challenged to settle as many of the one hundred thousand star systems suitable for settlement in as uniform a distribution as possible, using as little propulsive velocity change as possible.

The winning team was made up of representatives from a quartet of Chinese research organisations:  College of Aerospace Science and Engineering; National University of Defense Technology, Changsha; State Key Laboratory of Astronautic Dynamics and Xi'an Satellite Control Center, Xi'an.

Last week ESA’s ACT hosted a two-day workshop on interstellar exploration, during which this video was shown. Topics under discussion included designing ‘worldships’ to sustain generations of inhabitants during the trip between stars, laser-based propulsion, self-healing materials and the likely social structure of such worldships, even down to how their language might evolve.