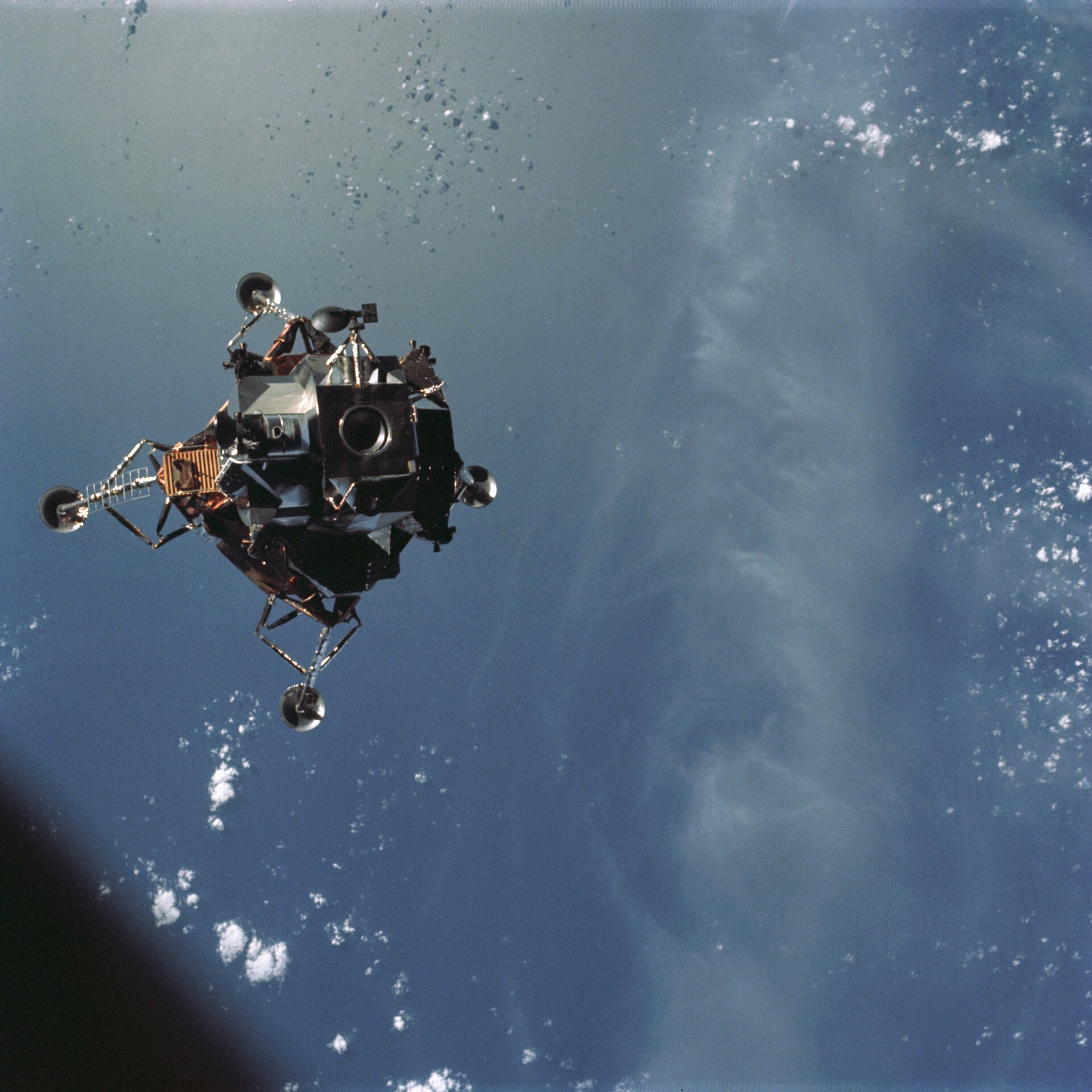 A view of the Apollo 9 Lunar Module (LM), "Spider," in a lunar lading configuration, as photographed from the Command and Service Modules (CSM) on the fifth day of the Apollo 9 Earth-orbital mission. The landing gear on the "Spider" has been deployed. Inside the "Spider" were astronauts James A. McDivitt, Apollo 9 commander; and Russell L. Schweickart, lunar module pilot. Astronaut David R. Scott, command module pilot, remained at the controls in the Command Module (CM), "Gumdrop," while the other two astronauts checked out the LM.