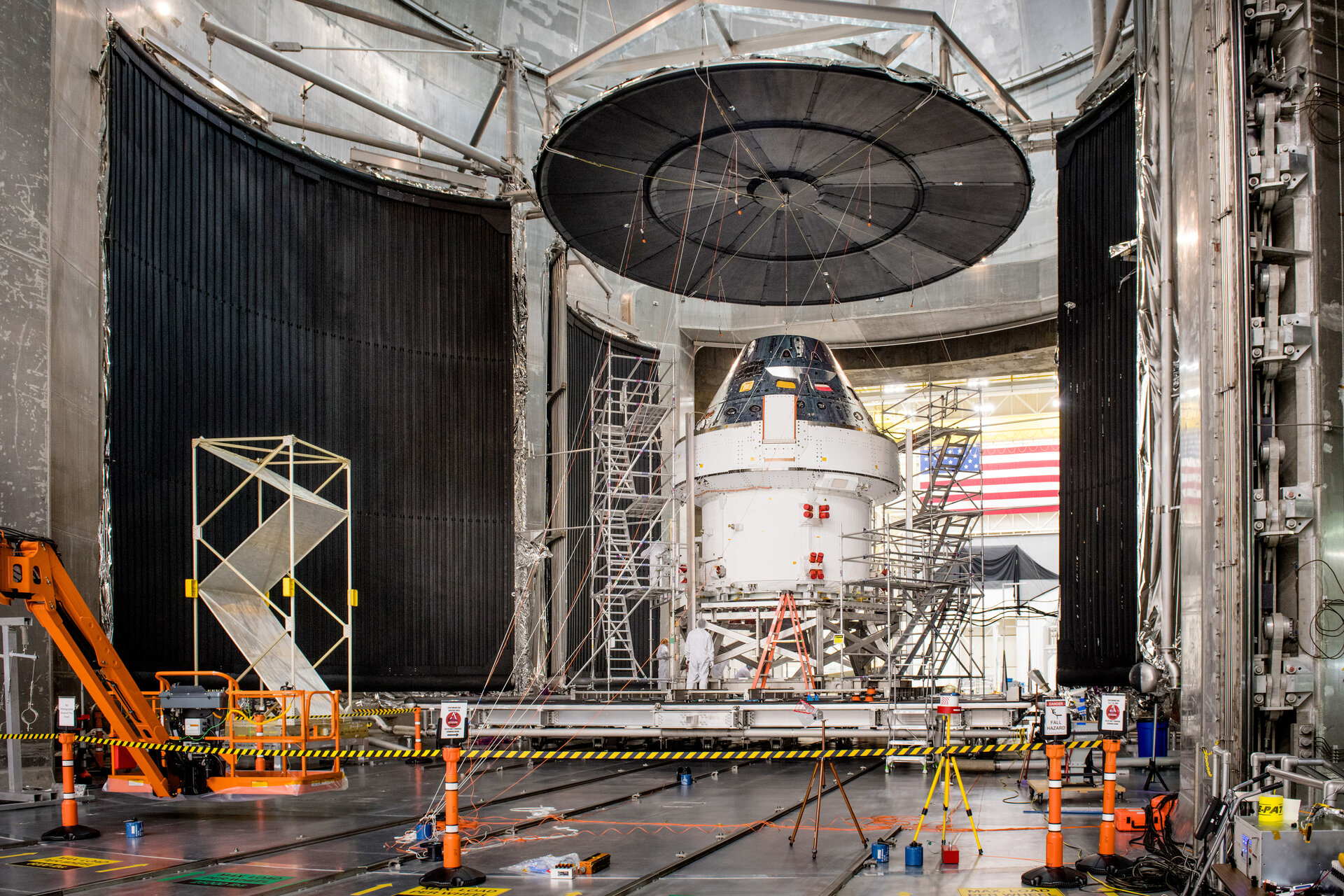 Testing one, two and now, three.

Radio frequency testing has begun on the first Orion spacecraft that will fly around the Moon for the Artemis 1 mission, just two weeks after thermal and environmental tests were completed at NASA’s Plum Brook Station in Ohio, USA.

Electromagnetic compatibility or EMC testing is routine for spacecraft. All electronics emit some form of electromagnetic waves that can cause interference with other devices. Think of the buzz that speakers give out right before an incoming call on a mobile phone.

Spacecraft electronics can cause similar interference, but out in space such interference can have disastrous consequences, so all systems must be checked before launch.

EMC tests often take place in a special shielded room constructed of metal walls and doors and foamy spikes (aka absorbers) that block out unwanted external electromagnetic radiation, like ESA’s Maxwell chamber at its technical site in the Netherlands.

Though not an EMC chamber, Plum Brook’s thermal vacuum chamber is made of aluminium that does provide electromagnetic shielding, making it a suitable substitute.

To test electronics, the spacecraft will simulate a flight in realistic conditions with most of its subsystems and equipment powered and in operational mode.

The electronics are first tested for compatibility in this electromagnetic shielded chamber. Equipment will be switched on to test whether they do potentially disturb one another.

In the second round of tests, electromagnetic fields will be applied using antennas around the spacecraft to test the susceptibility to interference from external sources. The Orion capsule is equipped with electromagnetic field sensors to take measurements as the disturbance frequencies are injected into the chamber.

While all subsystems are a potential source of radio frequency noise, of particular interest are the transmitters that intentionally generate radio frequencies. These can easily disturb other equipment sensitive to electromagnetic noise, like GPS receivers, tele-command modules and other communication elements.

ESA experts are on site monitoring all tests alongside NASA colleagues as Orion moves closer to its first flight without a crew around the Moon.

Find more in depth coverage of all things Orion on the blog.