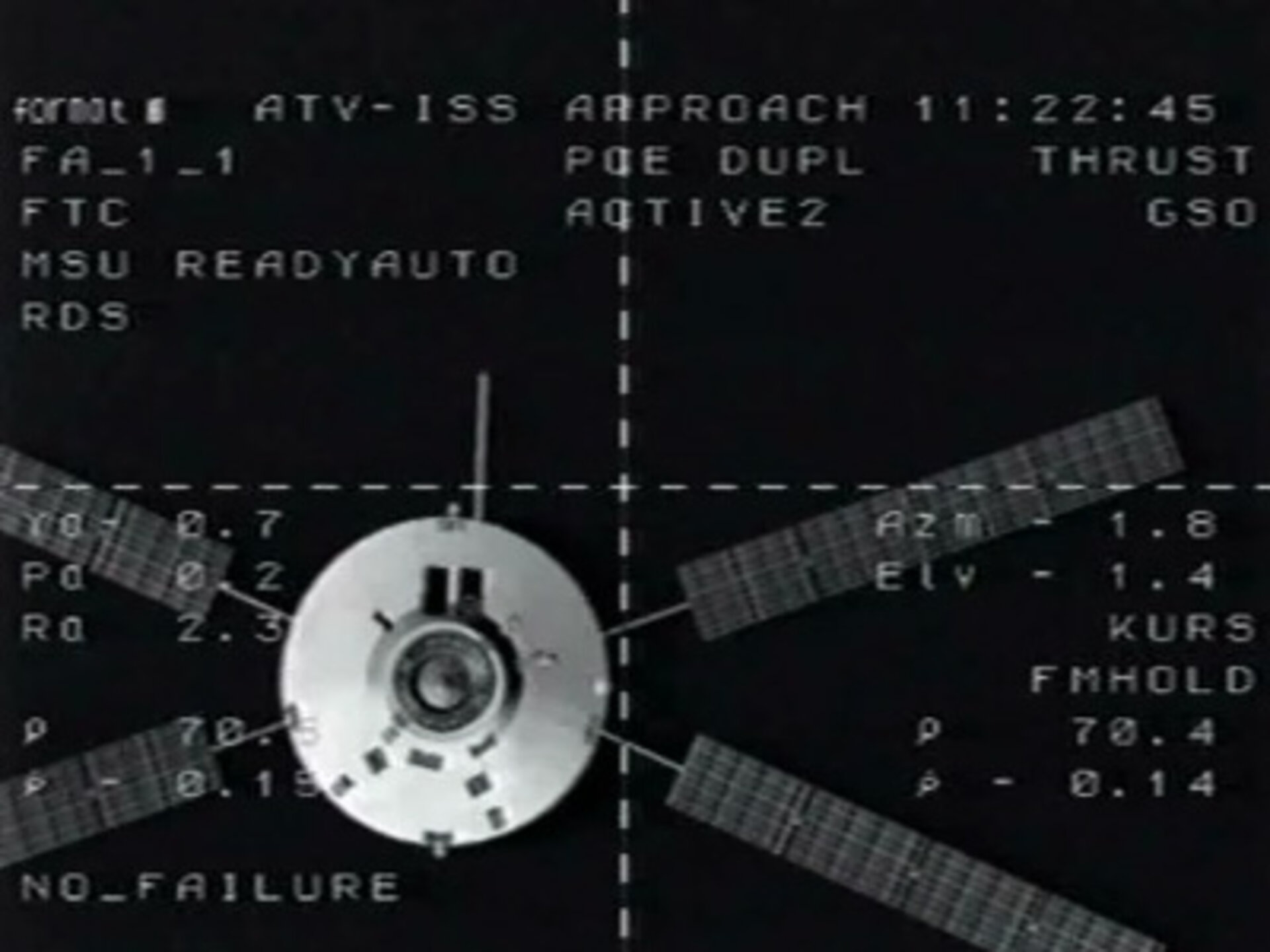 In April, as Jules Verne closes to just a few metres from the ISS, mission controllers in Europe, Russia and the US together with astronauts on the Station will watch the ATV Docking Video system intently, ready to react instantly to any unforeseen problems; here's a simulation of what they'll see.

This video was recorded during a recent ATV docking simulation and shows a computer-generated image of the approaching ATV as taken by a camera mounted onboard the Zvezda module of the ISS. The video has been artificially speeded up; during the actual docking, ATV will move at progressively slower speeds from 50 cm/sec down to 7 cm/sec just before actual contact.

The camera is part of the ESA-developed ATV Docking Video System, a critical operational system, and is used by astronauts on the ISS and mission controllers in ESA's ATV Control Centre (ATV-CC) Toulouse, the Russian ISS mission control centre in Korolev, Moscow (MCC-M), and the ISS mission control enter in Houston (MCC-H). The system enables the ATV's approach to be tracked visually and if any problems occur, astronauts or controllers can immediately command an 'escape' manoeuvre, which would bring the vessel away from the ISS and back into a safe holding position.

The sophisticated video system is based on the Russian video system used to dock Progress, and the scene transmitted includes an overlay of real-time telemetry information as well as the aiming circles used to visually confirm the ATV's approach.