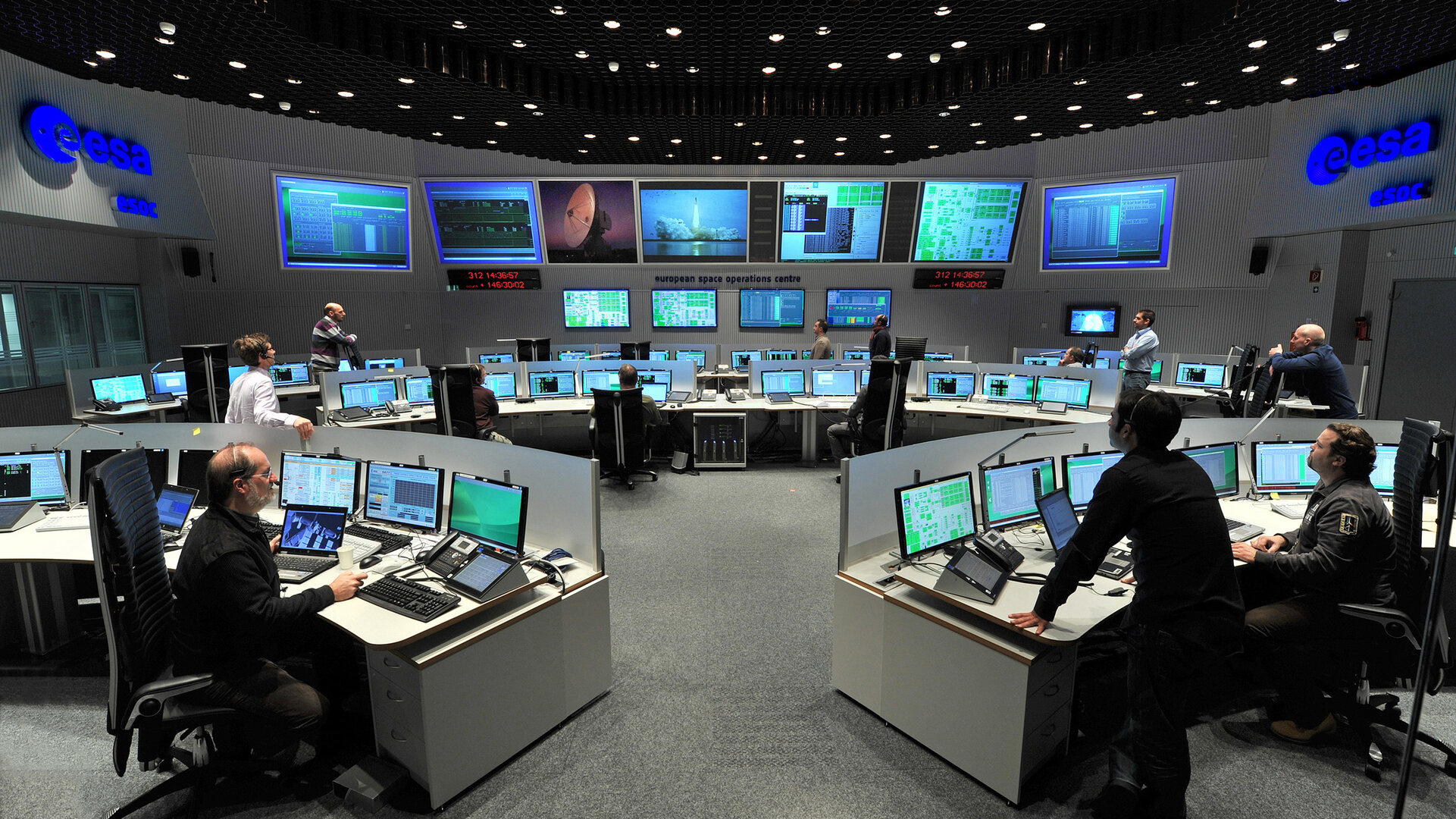 Just 9 minutes and 23 seconds later, the Fregat upper stage carrying the payload will separate from the Soyuz third stage, and conduct a pair of engine burns separated by an approximately three-hour ballistic coast phase.

Three hours and 47 minutes after launch, the Galileo satellites will separate into free-flight orbit, 23 522 km above Earth. On board each satellite, an automatic sequence will be triggered, switching the spacecraft on, booting up the onboard software, deploying a pair of solar arrays and orienting the spacecraft toward the Sun.

Watching for a call home 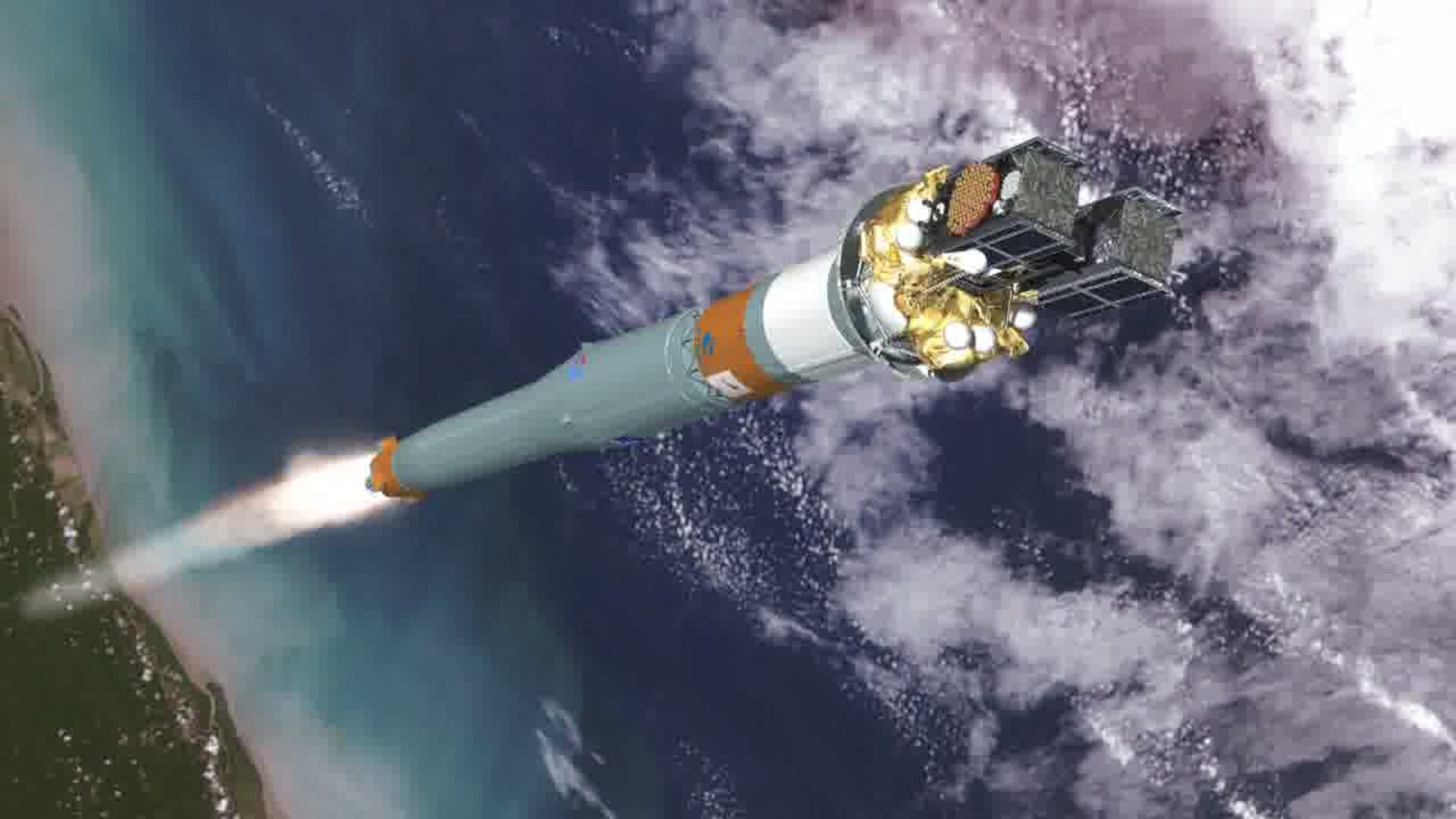 “Separation is when we’ll be watching very carefully, waiting to acquire the first signals from both satellites via the CNES Kerguelen ground station for satellite 5 and the Prioranet ground station Dongara, Australia, for satellite 6,” says ESA’s Hervé Côme, Lead Flight Director for Galileo.

“For this critical period, we’ll rely on the expertise of the CNES Network Operations Centre, which operates the ground station.”

“If all looks OK, we can start checking out the spacecraft systems and status right away,” adds Hervé.

As part of the highly integrated ESA/CNES mission operations team, Hervé shares flight director duties with Jérémie Benoist, from CNES, and with another ESA expert, Nic Mardle, to cover the three shifts that will support LEOP operations around the clock.

Under the lead of the flight directors, some 15 engineers from CNES have been working with a similar number of ESA experts as part of a single team for Thursday’s launch, which caps many weeks of intensive simulation training at ESOC.

The same team also oversaw the first two Galileo launches, with those LEOPs being conducted from CNES’s control centre in Toulouse. In the future, the same team will conduct LEOPs alternately from Darmstadt and Toulouse.

“We call ourselves the ‘CNESOC’ team, but this somewhat humorous acronym accurately reflects the fact that personnel from the two agencies have created a truly blended, capable operations team that is helping make Europe's Galileo system a reality,” says Jérémie.

Hervé agrees, adding, “On our team, we have engineers from either Agency sharing duties in each of the specialist areas, from Flight Director or Spacecraft Operations Engineers to Flight Dynamics; this allows us to alternate LEOP teams between the two launch centres and have full redundancy. It really is one team.”

LEOP for the Galileo pair is expected to last about 10 days, and includes a series of crucial manoeuvres to move the satellites into their final orbits.

Then, the two spacecraft will be handed over to the Galileo Control Centre in Oberpfaffenhofen, for routine operations, and ESA’s Redu Centre in Belgium, for detailed payload testing.

Even after handover, the flight dynamics specialists on the combined ESA/CNES team will continue providing accurate orbit determinations and computing orbit manoeuvres to position the satellites in their final target slots.

“This is a further example of cooperation between European space control centres,” agreed both Hervé and Jérémie.

The lift off can be followed live on 21 August via webcast.