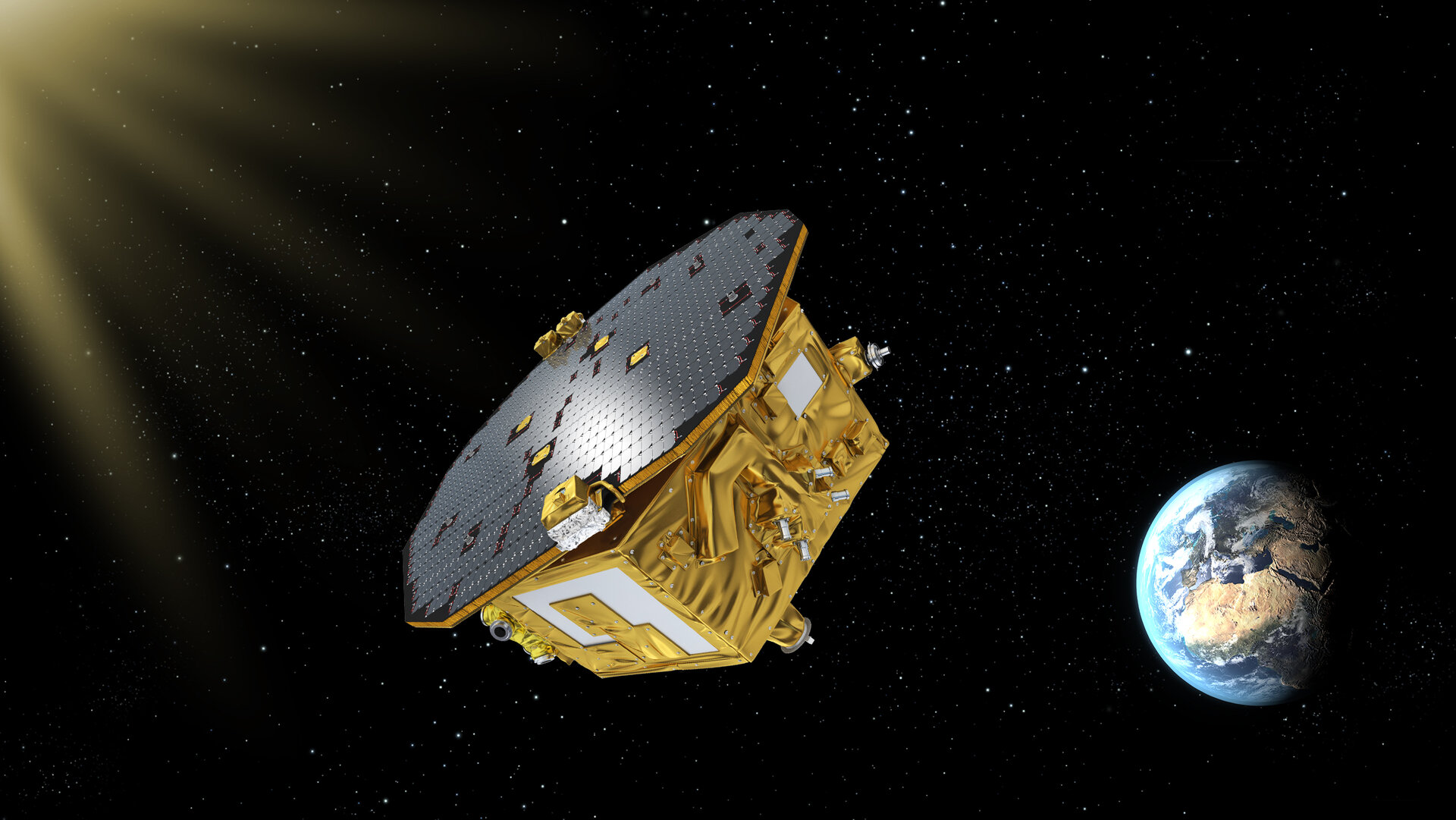 Simply getting ESA’s gravitational-wave technology demonstration mission into its initial operational orbit was a challenge. Keeping it there requires teamwork, cold gas and lots of little pushes.

On 22 January, seven weeks following launch, LISA Pathfinder reached its operational orbit around ‘L1’, the first libration point of the Sun–Earth system, a virtual point in space some 1.5 million km from Earth towards the Sun.

L1 is an ideal venue in space for LISA Pathfinder to test key technologies that will be used for a future mission to observe gravitational waves – ripples in spacetime predicted by Albert Einstein in his General Theory of Relativity in 1915 and detected directly for the first time a century later by the ground-based LIGO detectors.

Launch was only the start. Subsequently, the mission control team at ESOC, ESA’s European Space Operations Centre, in Darmstadt, Germany, had to conduct a challenging series of six orbit-raising burns using the standard ‘hot’ thrusters on the propulsion module. Each burn was carefully designed to lift LISA Pathfinder incrementally higher towards L1. 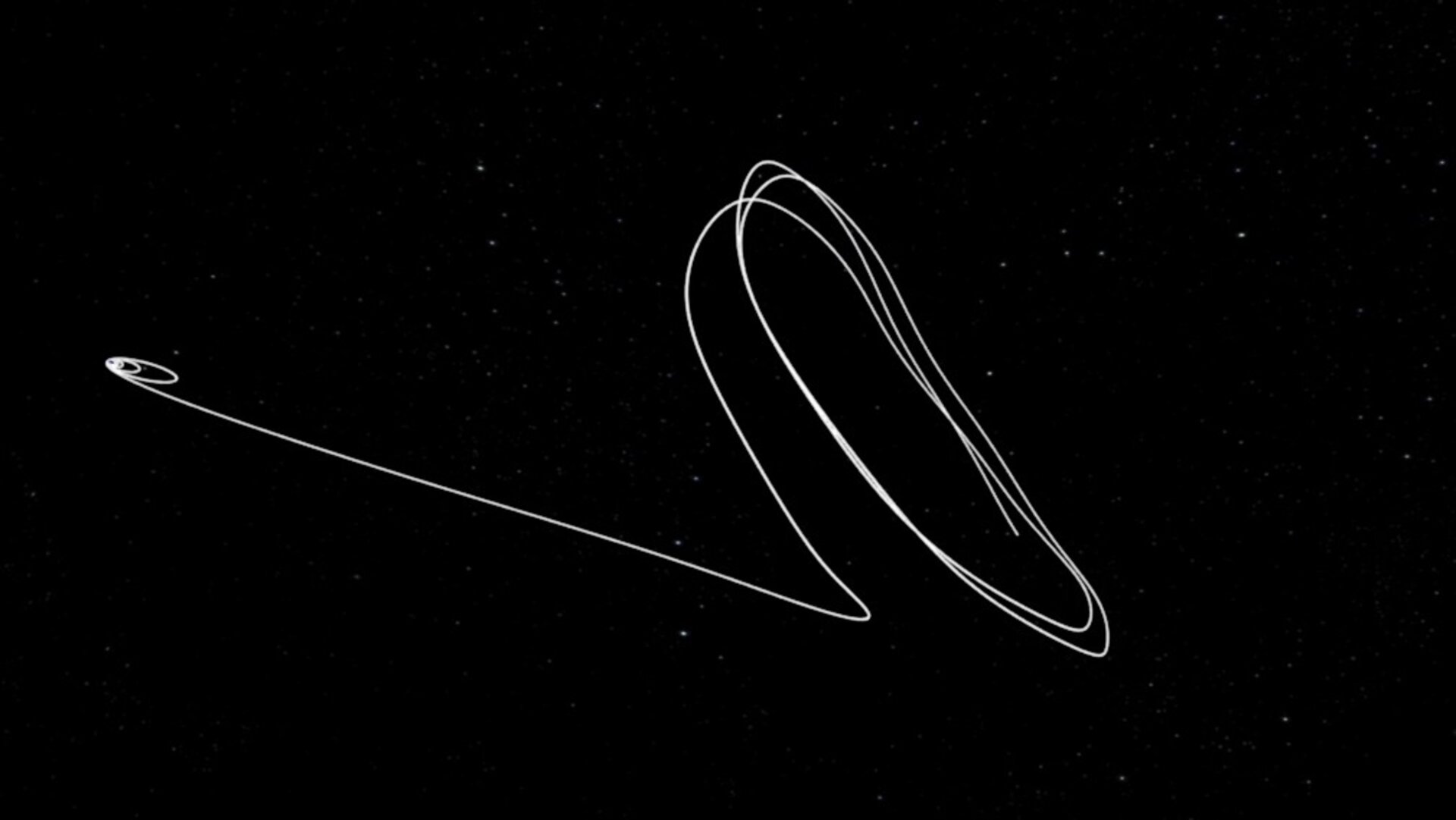 A final correction manoeuvre on 22 January tipped the spacecraft onto its orbit about L1 – neatly interposed between the gravitational pull of the Sun and Earth. Afterwards, the propulsion module was discarded.

Balancing a pencil on its tip

“If we had done nothing else after arrival, the craft would have eventually ‘fallen off’ L1 – falling down a gravitational well towards Earth – owing to gravitational perturbations,” says Spacecraft Operations Manager Ian Harrison.

“This means that we have had to work continuously with our flight dynamics experts to plan and conduct ‘station-keeping manoeuvres’ once every one to two weeks, and will have to do so for the life of the mission.”

These gentle but regular thruster pushes – using the same cold-gas microthrusters that are being used for the mission's scientific operations – have kept LISA Pathfinder in a very delicate balance, like a pencil on its tip. Essentially, the craft is being maintained in an orbit that is constantly falling back towards Earth and these very small puffs of gas (around 3 cm/second of thrust) keep pushing it back into place.

One team, one mission

Unlike traditional observatory or planetary missions, the payload in LISA Pathfinder cannot be considered as a discrete piece of hardware carried by the spacecraft. Instead, during science operations the payload and spacecraft act as a single unit.

“The mission has been an incredible challenge, but we’re seeing now the results from this wonderful spacecraft. They’re exceeding all expectations,” says Andreas Rudolph, Head of the Astronomy & Fundamental Physics Missions Division at ESOC.

With the spacecraft functioning well, the first phase of its science activities using the LISA Technology Package payload, provided by European institutes and industry, will end this month.  The mission will then transition to testing the second payload, the Disturbance Reduction System, provided by NASA/JPL.

This system uses the test masses and sensors of the ESA payload, but with its own colloidal microthrusters – which generate propulsion by charging small drops of liquid and accelerating them through an electric field – and avionics control system. Science operations with the NASA payload are scheduled to last until the end of October.

The combined spacecraft and payload systems have already exceeded expectations in terms of reliability and performance, and this performance is expected to continue to improve throughout the next phase of the mission.