At 16:00 CET on Thursday, 13 February, the critical first 83 hours of Solar Orbiter’s unique mission to study our star came to an end.

“This early phase is like the birth of a child,” says Operations Director Andrea Accomazzo. “Engineers want to be sure that it can survive on its own in its new environment.”

“In the case of a spacecraft, they need it to be powered by its solar arrays, able to communicate with Earth, and able to control its orientation in space.”

After a thunderous launch at 05:03 CET on Monday, Solar Orbiter headed south east from Cape Canaveral Air Force Station in Florida, flying over the South Atlantic before being released far above the shores of Western Australia. In Darmstadt, ESA’s mission control team soon took control of the spacecraft and began several days of round-the-clock flight control activities.

“We planned for years and trained for months for this and I’m proud of all the teams that worked through this critical period,” says Andrea. “The first stage of Solar Orbiter’s mission was a success, but it certainly threw us a few challenging moments!”

Confirmation of Solar Orbiter’s separation from the final stage of its Atlas V launcher came at 05:56 CET, but it wasn’t flying solo for very long. ESA’s tracking station network, Estrack, had moved an antenna at its New Norcia ground station in Western Australia into position well ahead of time.

Signals received at this antenna confirmed the establishment of communication with Solar Orbiter (Acquisition of Signal) at 06:01 CET.

The mission control team could now begin to assess the spacecraft’s surroundings. Were the critical systems working correctly after the rigours of launch? Had the craft ended up where ESA’s Flight Dynamics team had expected it to?

Answers to these questions flooded in with the initial rush of telemetry. The mission control team quickly set about analysing the data and beginning the first critical procedures.

The solar arrays were deployed at 06:24 CET and unfolded from the spacecraft’s body like wings. They soon began to supply power to the craft, relieving the burden on the batteries.

With communication established and the necessary tests carried out, the first command was sent to the craft and the mission officially began.

Until then, Solar Orbiter had still been in its strobing phase – rotating to maximise the chance of pointing one of its two communication antennas at ground stations on Earth. With this command, the spacecraft fired its thrusters and stabilised its orientation. 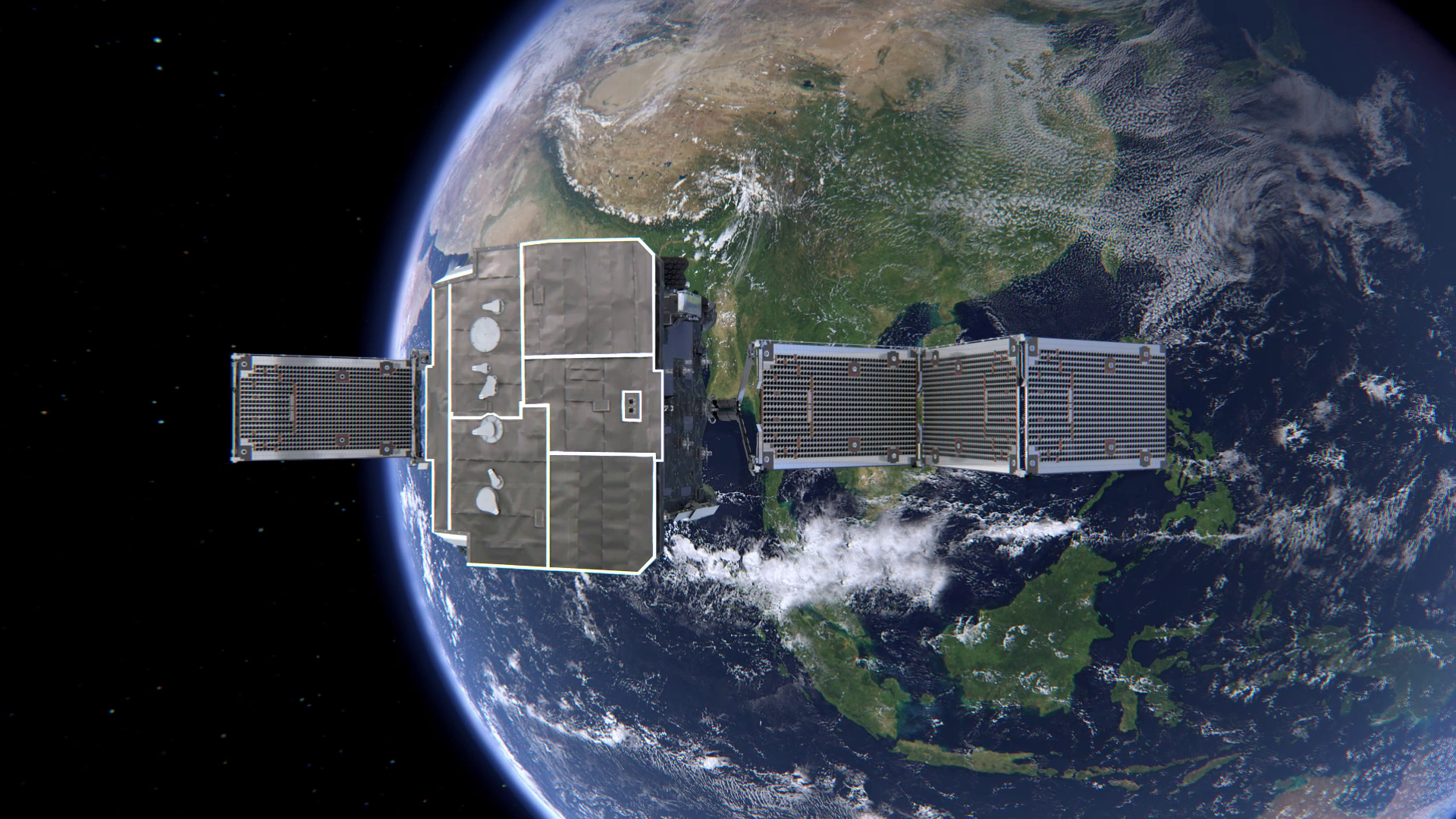 The mission control team then began to wake up vital parts of the craft. They switched on the ‘reaction wheels’ – used to more precisely control the orientation of the spacecraft than can be achieved with thrusters – and the ‘Mass Memory’ to store the science data collected by Solar Orbiter’s science instruments.

Before each antenna or boom could be deployed, Solar Orbiter was tilted to point it towards the Sun and warm it up. After the deployment of the first RPW antenna, the instrument boom was due next.

But as the team tilted the craft to warm up the instrument boom, they noticed something unexpected.

“We saw that the pins that hold the doors of the remote observation instruments safely in place during launch were cooling down more rapidly than expected as we tilted them away from the Sun,” says Andrea.

“If their temperature had fallen to below -40°C, they could have undergone ‘cold welding’, sticking them in place and preventing the doors of the remote sensing instruments from opening.”

“The pins had already gotten too cold to move, and were in danger of sticking. To prevent this, we sent the command for Solar Orbiter to enter its ‘safe mode’, resetting its orientation and pointing the pins back towards the Sun.”

“Every launch comes with a unique set of challenges. But our teams train for events like this and were able to quickly respond to this situation and ensure a safe start to Solar Orbiter’s mission.”

Out with the boom

Once warm enough, the pins were safely moved (it had now proven necessary to move them at an earlier stage than originally planned) and the team continued with the deployment of the boom.

Following the deployment of the second and third RPW antennas and the high-gain antenna, operations began to wind down as the radio communication link between Solar Orbiter and ESA’s ground stations was switched to the more powerful high-gain antenna.

“We were thrilled to see that the instrument boom and all three electric antennas were correctly deployed,” says Yannis Zouganelis, ESA’s deputy project scientist for the Solar Orbiter mission.

“These appendages will enable us to probe the solar wind and, together with the remote-sensing instruments, reveal our Sun and its behaviour in unprecedented detail. We can’t wait to start taking our measurements.”

Solar Orbiter will now spend approximately three months in its commissioning phase, during which the mission control teams will conduct a test manoeuvre and check that the spacecraft and its 10 scientific instruments are working as intended to achieve the mission’s ambitious goals.

In roughly two years, Solar Orbiter will reach its primary science orbit where it will study our star’s polar regions like no spacecraft has before.