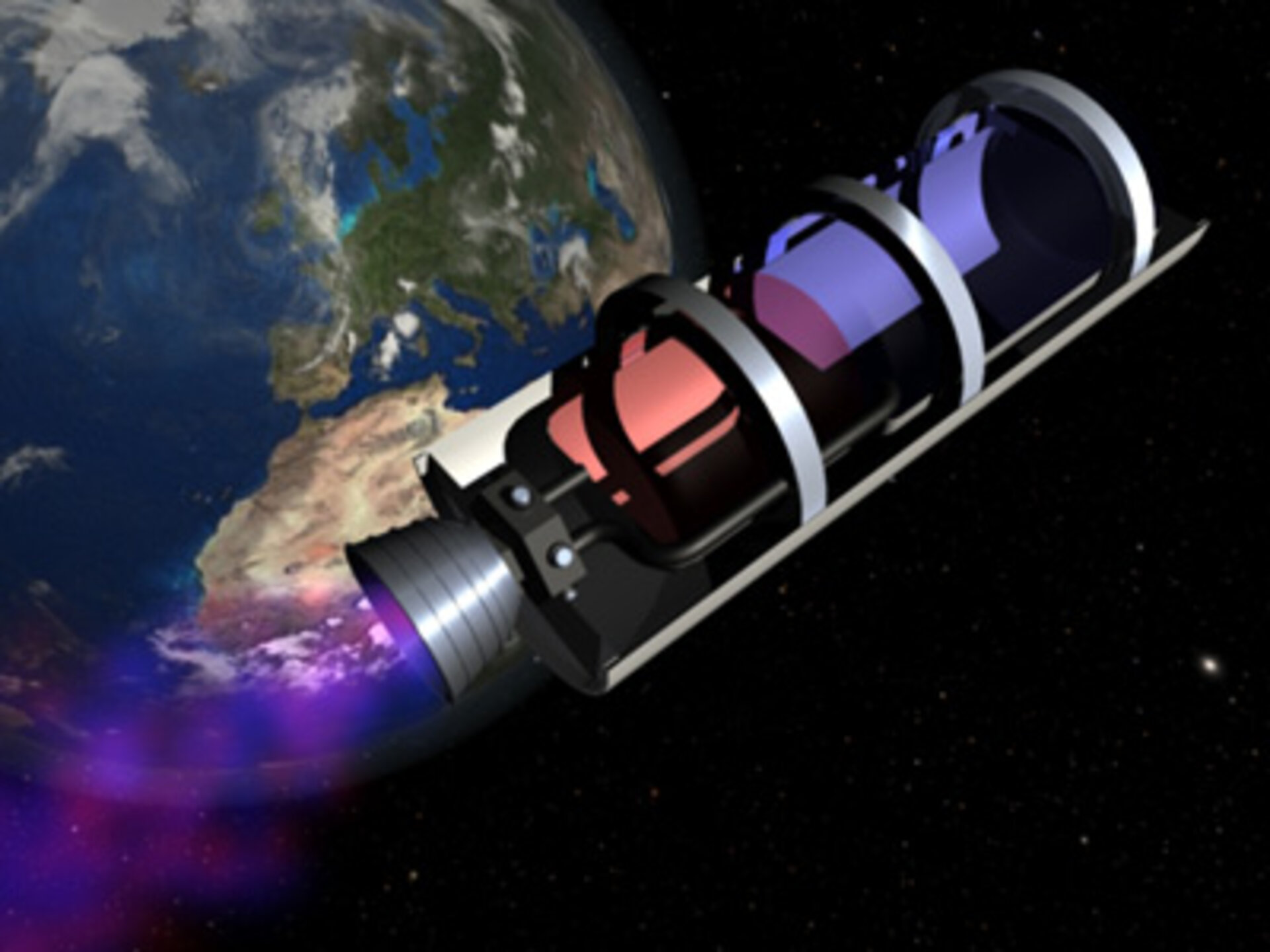 There is a lot of junk orbiting the Earth and the problem will worsen unless there are changes in how spacecraft operators operate. But it is not all doom and gloom. The first steps toward a comprehensive solution are already well underway including a European code of conduct for space debris mitigation.

According to Dr Ruediger Jehn, a space debris specialist working at ESA's Space Operations Centre (ESOC) in Darmstadt, there are several relatively simple measures that will help reduce the amount of debris in space. Some are already being implemented by spacecraft operators at little or no cost.

"These steps," he explains, "are based on common sense and include measures that should be acceptable to any spacecraft operator."

The basic concept is simple: do not make the existing problem worse; reduce or prevent the creation of any new debris; and, in particular, strive to protect the commercially valuable low Earth and geostationary orbits.

The amount of debris created during normal operations can be reduced by not discarding, ejecting or detaching anything that does not have to be discarded, ejected or detached. This includes payload covers, Yo-Yo despinners and instrument covers such as those used to protect the highly sensitive optical windows of sensors during launch. Lastly, minimise break-ups, a major source of small but deadly debris.

It may be surprising to anyone outside the space community to learn that spacecraft (occasionally) and launch vehicles (frequently) do in fact break up in orbit.

Launch vehicle lower stages generally fall back into the atmosphere and completely burn up, providing a tidy, if fiery, solution but the typical fate of rocket upper stages, which are usually cast off after launch, is to blow up.

Why does this happen?

Spacecraft engineers have traditionally ensured a good margin of launch success by carrying extra fuel onboard, as this comes in handy if the engine has to burn a little longer than planned.

However, that spare fuel mostly remains inside pressurized tanks once the rocket stage is discarded into Earth orbit. Over time, and in the harsh environment of space, the mechanical integrity of the booster's internal components breaks down; lines leak, corrosive fuel seeps into nooks and crevices, micro and not-so-micro meteoroids strike and penetrate. A sudden release of pressure often results, causing an explosion and spewing hard-to-track fragments, large and small, into orbit, adding to the debris field.

Other onboard power sources serve as latent explosion triggers, including batteries, other pressurized systems, fuel cells and hypergolic fuels. "Just stopping launch boosters from exploding is a big first step," says Dr Jehn, "and we are already seeing improvements."

The solution to latent explosions caused by onboard fuel is astoundingly simple: once the upper stage is discarded, simply run the engine until the fuel is depleted. The US Delta launch vehicle upper stage now performs such a burn to depletion.

Another fix is simply to vent any remaining fuel to space. This is called passivation, and both the Ariane upper stage and Japan's H-1 second stage now dump their residual fuel in this manner. Batteries and other onboard energy sources can be similarly passivated, although this is not quite so simple and adds more cost.

These and other measures have been widely adopted by most, but not all, mission operators in the past decade but even so, debris continue to grow as older vehicles, launched 10, 20 or more years ago -- before mitigation requirements were understood -- continue to generate debris.

Spent launch vehicles and expired satellites are themselves debris, even if they do not break up. Thus, another important mitigation step is to manoeuvre these out of the commercially and scientifically valuable low Earth orbit (LEO) and geostationary orbit (GEO) zones upon mission completion. Of course, this requires carrying extra fuel specifically for this, adding to cost, but the effort is well worth it.

According to the 2002 draft Mitigation Guidelines issued by the Inter-Agency Space Debris Coordination Committee (IADC), a grouping that includes ESA and 10 national space agencies, spacecraft in LEO should be deorbited, i.e. allowed to fall into the atmosphere and burn up, within 25 years of mission end while craft in GEO should be boosted to at least 300 km above the geosynchronous orbital ring and parked in a graveyard orbit. Why 300 km? "Solar radiation pressure and other small forces would eventually push any craft back into the GEO ring unless they're high enough," says Dr Jehn.

Both measures require fuel: the former to slow and lower craft from LEO and the latter to raise and park craft from GEO. It is too expensive to bring a spent craft all the way down from GEO to burn up, but graveyard parking is an adequate alternative.

In LEO, the solution is even more straightforward. For example, ESA's ERS satellite orbits at about 800 km altitude. Ideally, if it were slowed and lowered at mission end to 200 km altitude it would naturally deorbit and burn up in about 24 hours; but this would take a lot of fuel.

"For a craft the size of ERS, however, it will deorbit naturally within 25 years if we merely bring it down to 600 km," says Dr Jehn, "so this [altitude] is a fuel-saving compromise."

He cites research conducted at ESA and other institutions showing that merely deorbiting craft after 25 years would help cut the amount of new debris created by half. Obviously, low-cost mitigation measures can contribute significantly to debris reduction.

There are other, more high-tech, methods under research. These include using space-based lasers to slow then deorbit existing junk, deploying tethers to drag craft back down into the atmosphere or grabbing objects with a huge sling. "Tethers are a valid idea," says Dr Jehn, "but are not yet practical; they're too expensive." The other ideas remain on the drawing board, meaning that debris reduction will have to rely on mitigation, at least for the near future.

How is the global space community doing in implementing these well-known mitigation measures? "Not too good," says Dr Jehn, referring specifically to placing GEO craft into graveyard orbit. He cites a recent study which found that about 1/3 of satellite operators did boost their GEO craft at least 300 km out of the way, about 1/3 boosted them insufficiently to only 100-200 km and 1/3 just left them cluttering up the GEO ring. "Some operators fly their satellites until the last drop of fuel is used up and then just abandon them," he says.

Given the level of discussion and research on debris within the space community, it is becoming harder for any spacecraft operator to feign ignorance. Debris mitigation guidelines, draft or otherwise, and codes of conduct have been issued by several respected bodies, including NASA and Japan's JAXA, in addition to the IADC. Space debris is a regular agenda item at meetings of UNCOPUOS (UN Committee on the Peaceful Uses of Outer Space) and the IAA (International Academy of Astronautics) and ESA's own quadrennial space debris conference has become the world's largest forum dedicated solely to debris.

Europe's own code of conduct

Europe's Network of Centres on Space Debris, a grouping of the Italian, British, French and German space agencies plus ESA, has prepared its own "European Code of Conduct for Space Debris Mitigation". While the document is still being studied for final approval, France's space agency CNES (Centre National d'Etudes spatiales) took the lead last October by becoming the first to sign off Europe's Code of Conduct (CoC).

However, implementing specific mitigation measures and codes of conduct remains at least somewhat controversial within the industry since their adoption as formal policy will invariably raise mission costs, but today almost everyone recognises that there is a problem. In the future, there may be ways to cut the fuel requirements for deorbiting substantially.

ESA's SMART-1 (Small Mission for Advanced Research in Technology - 1) spacecraft, now orbiting the Moon, arrived there by using a new ion-thrusting electric propulsion (EP) engine. Engineers describe EP thrust as "similar to the weight of a sheet of paper on your hand". The engine, however, requires very little fuel compared to a conventional rocket motor.

Could EP serve as an auxiliary engine onboard future satellites to be fired and left to slowly bring a craft down from GEO into the atmosphere? "Using EP only takes about 5% of your fuel; I think in the long run we should figure out how to bring down satellites even from GEO," says Dr Jehn.

While technology will likely provide many solutions and many nations are now serious about following a code of behaviour, Dr Jehn and others in ESA's space debris community argue that, ultimately, what is needed is a CoC negotiated at the UN level to push everyone to adhere to standards.

In the meantime, how can the average person become involved?

"Call your space agency," says Dr Jehn, "tell them: 'My kids want to travel in space in 30 years and I don't want you guys spoiling it'. Pressure from the public could help. Once space is polluted it's too late and I wouldn't dare go up there."

This article is the last in a three-part series highlighting the 4th European Conference on Space Debris, to take place at ESOC in Darmstadt, Germany, 18-20 April 2005. For registration, programme and additional information, access the conference link.