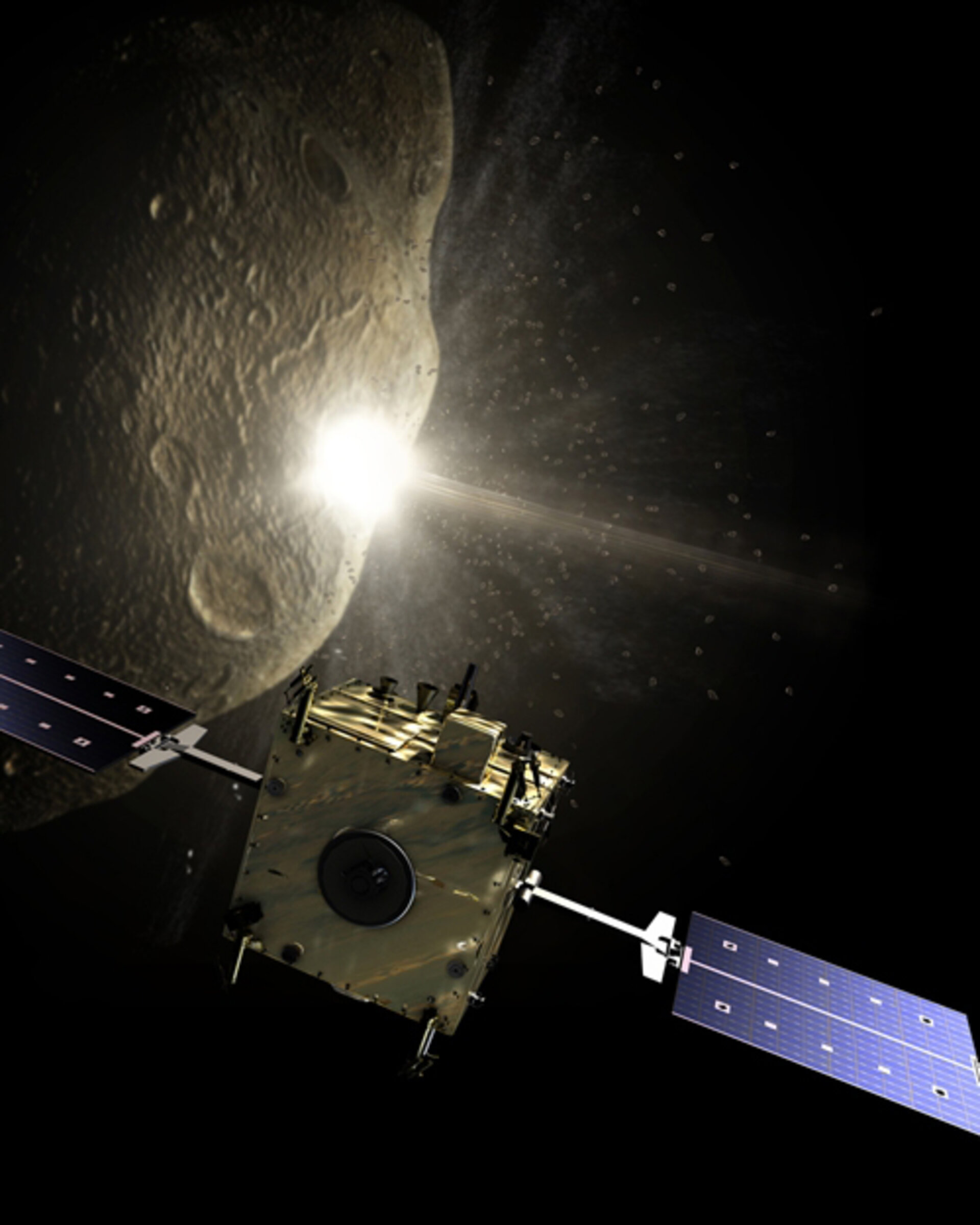 Every now and then a space rock hits the world's media – sometimes almost literally. Threatening asteroids that zoom past the Earth, fireballs in the sky seen by hundreds of people and mysterious craters which may have been caused by impacting meteorites; all make ESA’s studies on the Don Quijote mission look increasingly timely.

The uncertainty surrounding whether a meteorite impacted in South America recently highlights the need to know more about these pieces of natural space debris and their trajectories. ESA has always been interested in such endeavours and conducted a number of studies into how it might best help.

Those studies showed that it is probably the smaller pieces of rock, at most a few hundred metres across, rather than the larger ones that we should be more worried about for the time being. A worldwide network of astronomers is currently cataloguing most of the larger objects, those above 1 km in diameter. A number of survey telescopes have taken up the challenge to detect as many as 90 percent of all near Earth objects down to a size of 140 metres by around 2020. Only after this time will we know whether space-based observatories will be needed to find the rest.

Part of the trouble with these small chunks of rock is fixing their orbits. From the ground, it is very difficult – sometimes impossible – to determine their trajectory with enough precision to rule out impacts with our planet in the years to come. So, ESA have been concentrating on a mission concept to actually 'mark a cross' on small asteroids and check the state of the art of our technology. The Don Quijote studies propose a two phases. In the first phase, a spacecraft would rendezvous with an asteroid and go into orbit around it. It would monitor the asteroid for several months, precisely determining its position, shape, mass and gravity field.

In preparation for dealing with small asteroids, ESA’s Don Quijote studies also propose to start small. In its current design, the first spacecraft, Sancho, could reach any one of 5 or 6 small, nearby asteroids. Each one is no larger than a few hundred metres in diameter. At present, the mission planners have chosen to concentrate on Apophis, a small asteroid that can swing dangerously close to Earth on the outwards stretch of its orbit around the Sun.

Don Quijote is currently a candidate concept in ESA’s In-Orbit Demosntration scheme. If it becomes a reality, Don Quijote could launch sometime early in the next decade. Sancho would take some 25 months to reach its target. Once there, it would begin its groundbreaking study – both literally and metaphorically.

“The idea is to get the technology ready before you really need it,” says Ian Carnelli, Technical Officer for the Don Quijote studies at ESA’s General Studies Programme. “The studies carried out so far set the right context for the investigation of a small mission based on a highly autonomous interplanetary minisatellite, which will demonstrate key technologies required in the future by the Don Quijote mission” says Frederic Teston, Head of ESA’s Systems and Engineering Support Division, that is now taking up the assessment work.

In 1908, a 20-metre asteroid impacted the uninhabited Tunguska forest in Siberia, toppling trees and causing total devastation over an area of two thousand square kilometres. Scientists predict this type of event to occur about every 150 years. Next year's 100th anniversary of that impact will be yet another reminder of the need to learn about and become ready to deal with asteroids – even the small ones.